I waited five minutes for the alarm to ring, then I quietly got dressed and went out. Darkness was still covering Mikro Papingo as I was navigating through its narrow alleys. Outside the gate, Astraka towers looked imposing above the tiny village.

As I was walking the only road leaving the village, the first light started to glow behind the hills. Five minutes later I turned right to a small sign saying “Rogovo” and followed the path to the first pools and the small water dam which to my disappointment was open and the pools mostly empty.

Rogovo is a stream coming down from Lapato peak between Mikro and Megalo Papingo. In the course of millions of years the water has cut through the limestone creating a deep narrow gully and several natural pools. The locals shut the dam overflowing the pools and use them for swimming. Even though they were half-empty that day, still they were beautiful to look at, and since I was already there I set my tripod and took a few pictures out of which eventually I kept some. 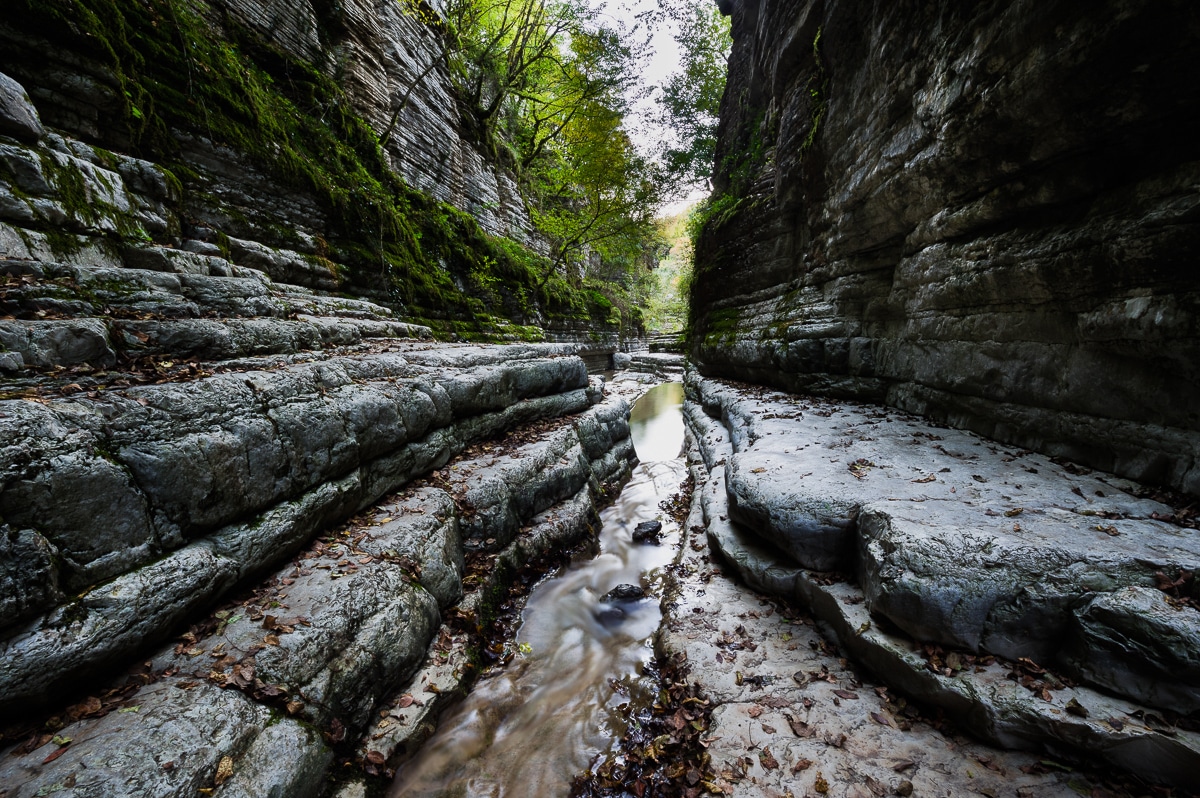 Back to Mikro Papingo I met Veronika for breakfast. Today we would climb to Astraka refuge (1950m). There, we would stop for a lunch break and then carry on to the legendary Dragon lake of Mt. Tymfi. Finally we would get back to the refuge for the night. This would be tougher than the previous days in Zagori. After a one thousand meters ascend to the refuge, we would still have to hike for two hours and a half to Dragon lake and back. Our load was also significantly heavier since the luggage couldn’t come up to the refuge, so extra food and clothing had to be carried.

The weather report was favorable for today but there was a concern about tomorrow. We left our luggage to the lobby, got out and took the small alley leading north to the trail going to Astraka.

We had barely walked out of the village when we saw numerous goats rushing down the slope. Behind them was an old shepherdess probably in her late fifties shouting and throwing stones their way to get them going. Her three dogs struggled to keep up with her as she was jumping left and right coming down the steep slope. She nodded to us and I said “hello” in turn. “How is the weather going to be?” I asked. “Today will be good but tomorrow it’ll be bad.” I was afraid of that. If the weather would be real bad we would have to descend back to Papingo the next day instead of crossing Mt. Tymfi and get down to Tsepelovo from the other side as planned. This woman had probably spent all her life on these mountains. If she said it would get worst then the weather would get worst.

In the meantime the shepherd dogs were playing with Veronika instead of doing their job. “Go to the goats” the old shepherdess yelled and they immediately disappeared down the slope while she went up again to get another flock. 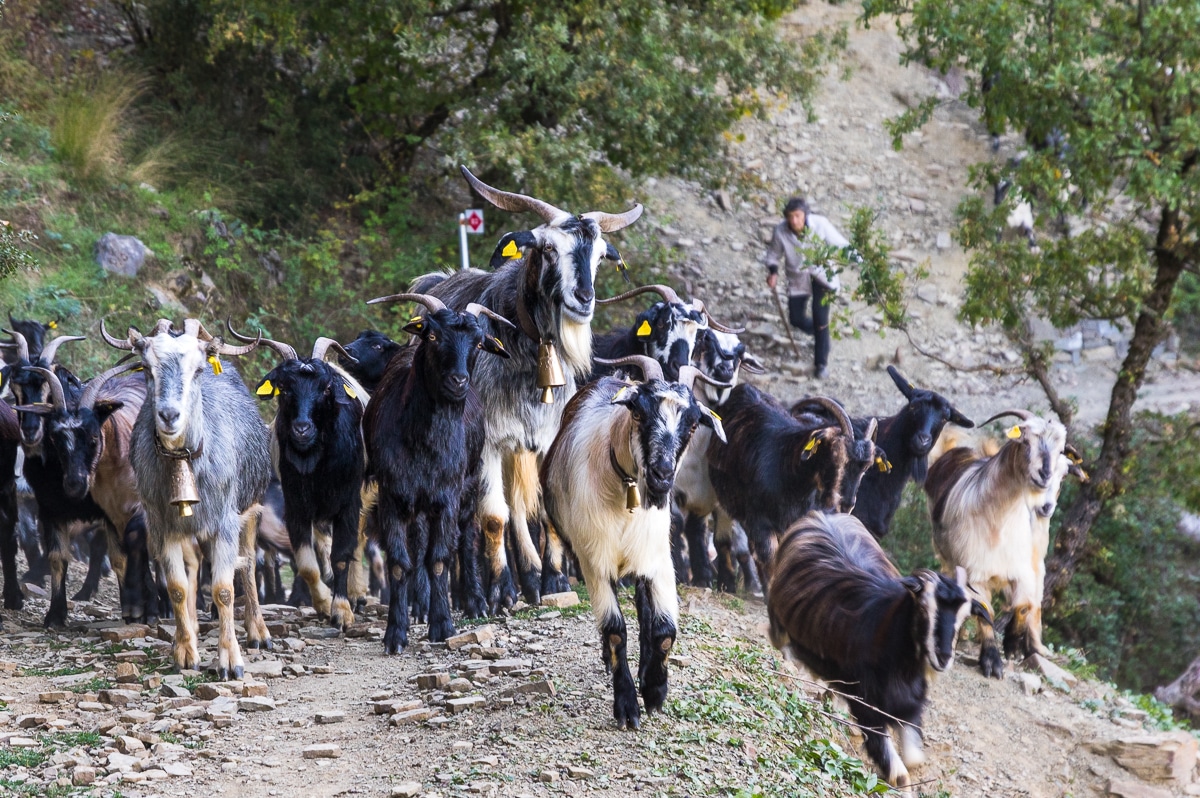 There are four water taps on the way to Astraka. Ten minutes after the first one we came across the refuge’s mule convoy coming down for provisions. No, there are no helicopters going up there. Everything is done the green way.

The path was well marked (O3) and posed no difficulty, well except the fact that it was ascending for a vertical kilometer. That day we encountered maybe fifteen people coming down from the refuge. That’s busy for the region’s standards. 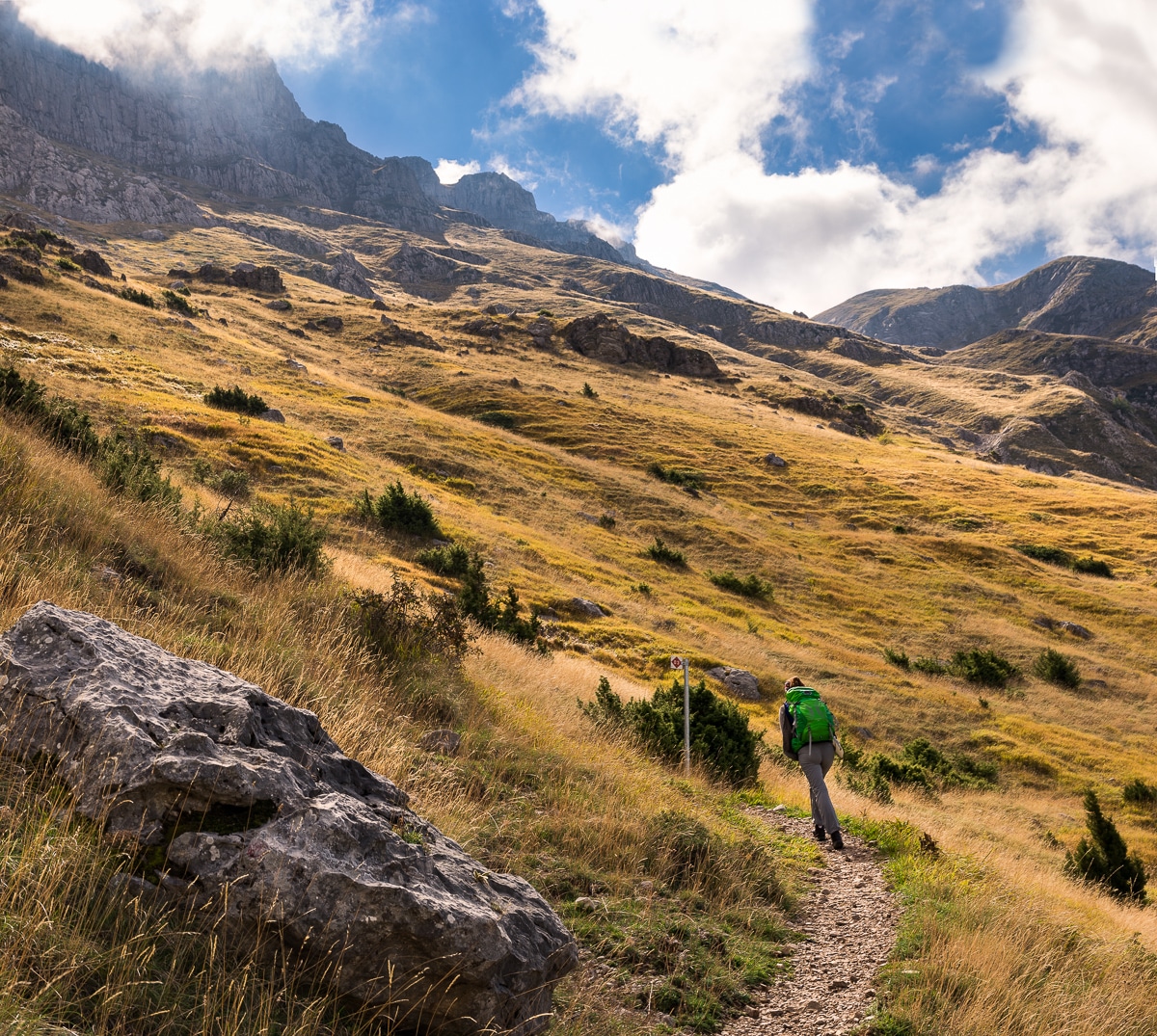 Eventually it took us three and a half hours to reach the refuge. The solid concrete building stands like a gate keeper on the ridge between the highlands of Tymfi and Papingo valley. Its spot being the lower of the saddle that connects Lapatos and Astraka peak is like a weather highway for winds and clouds.

The views on both sides are amazing! The highlands of Astraka with their alpine meadows to the east and the valley of Voidomatis with Vikos and the Papingos to the West. Unbelievable.

Inside we were greeted by Giorgos—a climber, alpine skier and mountain guide himself, Giorgos runs the refuge during the open season from May to October. It can accommodate up to fifty people and I have to admit that it is one of the cleanest places I have ever been. And I mean Waldorf Astoria standards clean. It is also very cheap to sleep and eat considering the lengths this establishment has to go in order to operate on a daily basis. 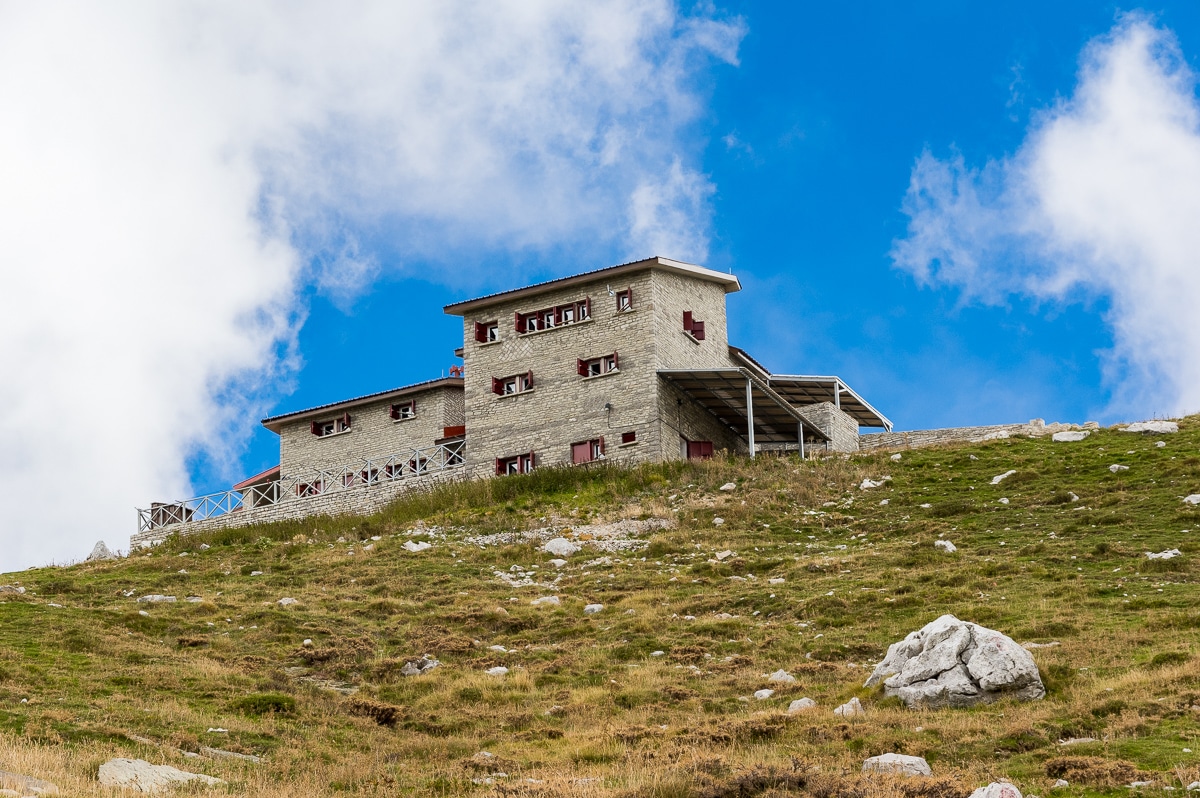 Anyway there was no time to lose. We had a fast lunch, dropped one backpack and set for the second part of the hike. Hiking to the most impressive landscape of our hiking trip. The astonishing Dragon lake of Tymfi.

In order to do that we had to descend from the other side of the ridge to Tsoumani pond—which was dry at that time, cross the grasslands and ascend to the Dragon lake which is at 2050m in the middle of a crater–like pasture beneath Ploskos peak.

Needless to say that the descent at the beginning was easy. We reached the pond and kept walking across grasslands between cows and horses who were chewing the grass in a slow lazy manner paying no attention to us. There were some stone made huts but seemed empty. 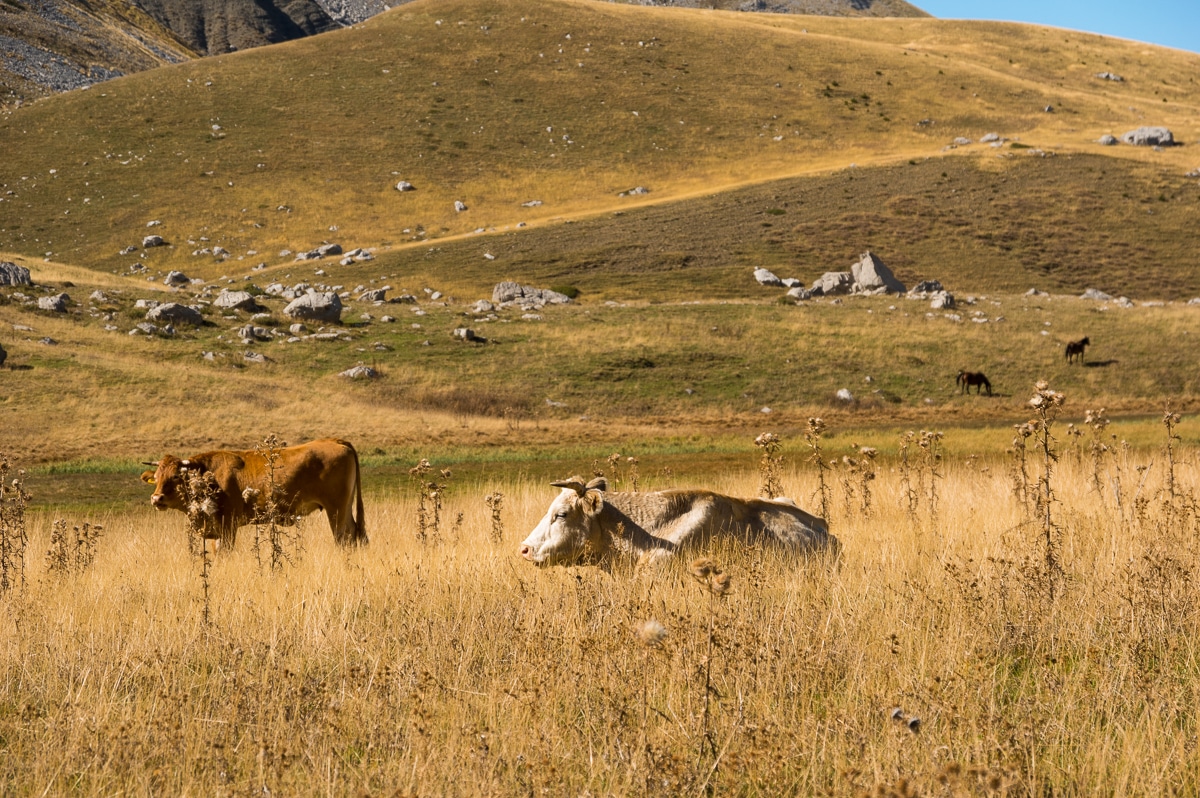 These fields seemed endless to me. It was due to the fact that my body started to feel tired. The final ascend was brutal and by the time we walked to the lake from the southwest—the only direction without tall peaks and deep cliffs, I was beaten. I was so beaten that I didn’t even feel like looking at it. It was cloudy, extremely windy and my clothes were wet with sweat. To make it worst, the light was lousy for photography. I felt disappointed.

There was another couple we had met at the refuge there, relaxing by the lake. We sat with them and shared some dark chocolate with rum. Fortunately, five minutes after, the clouds started to open up a bit and a golden warm light came through the cracks bathing the lake, the grass and the nearby peaks. And even though the water was rippled and its famous reflection not present, I could see how the myth was built around this magnificent landscape.

According to the legend, two dragons who hated each other used to live in the dragon lakes of Mt. Tymfi and Mt. Smolikas. Because of their grudge, they often threw big rocks to each other—many of which ended up around the two lakes. Another myth was that the lake had no bottom or that it was connected via underground rivers to other lakes. Today we know that it is five meters deep and was created from the retreat of a glacier.

We could have stayed more but the wind was building up and it was getting late. We wanted to be back before dark and we had at least an hour of walking ahead of us.

On the way back we were exhausted but still kept going without complaints. It has to do with the place. Walking in all this beauty makes you forget yourself. Any problem or stressful thought had left our minds long ago thanks to Zagori.

It was almost dark when we got back. The refuge was crowded with people who had returned from their adventures. The place is a starting point for many hikes. Climbing to Gamila—the highest peak of Tymfi is one of them and I would love to do it next time. Most of the backpackers were from Israel and next day they would also head to Tsepelovo.

We were all waiting for Giorgos to get the weather report, who in the meantime prepared an amazing spaghetti Bolognese for us. The report came in and said that the weather would worsen by noon with heavy rains. We would have to depart as early as possible in the morning. Another factor was visibility. Low clouds and flat terrain especially around Robozi pond could get us lost even with a GPS. So time was of essence. We should reach Megas Lakos gorge before twelve.

The lights were out by ten. Me and Veronika didn’t feel like sleeping yet and went outside to shoot some night shots. Zagori’s mountain lines were laid with little lighten villages which glowed in the darkness…. 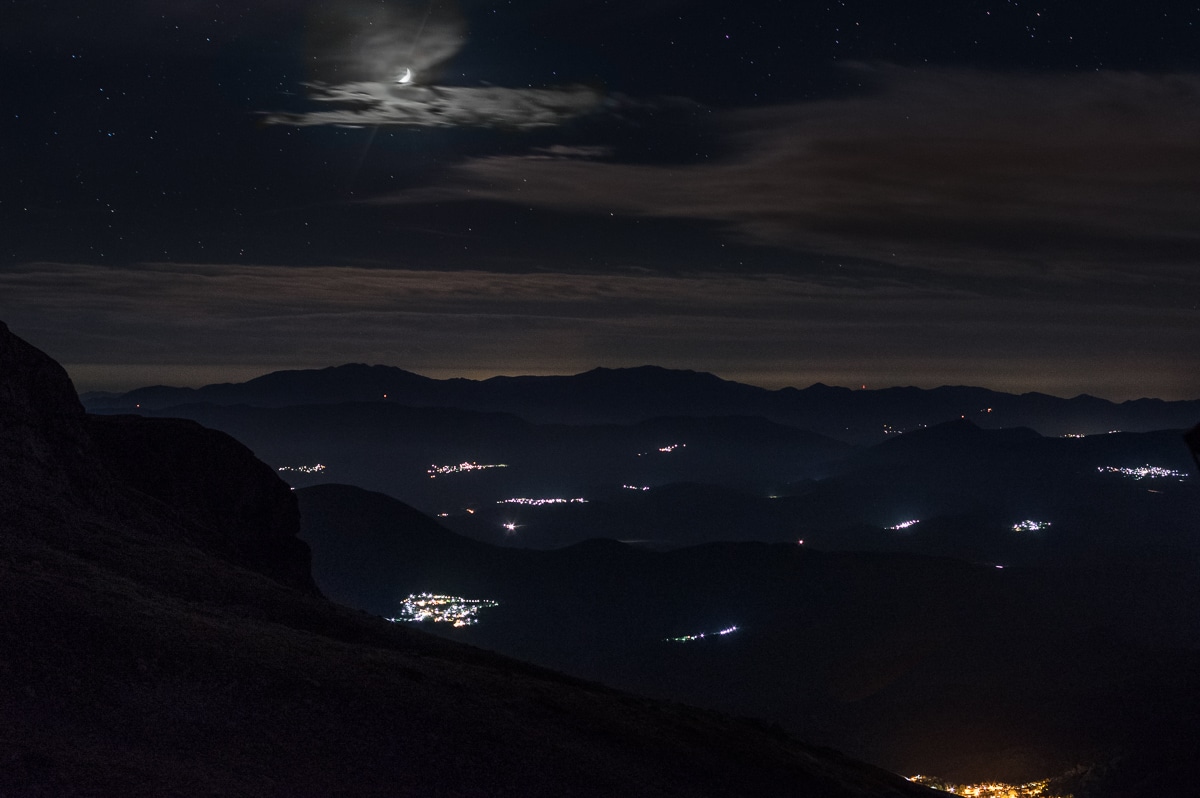 Next day : The Descent 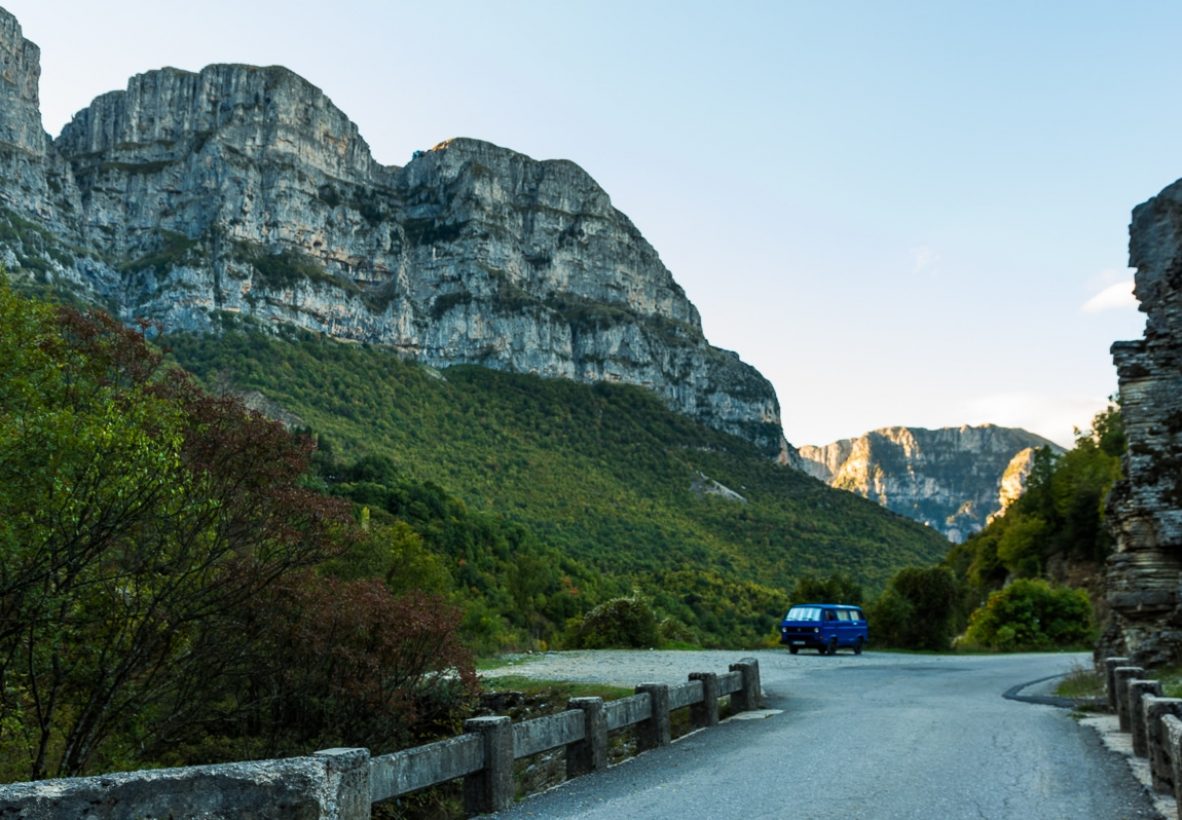 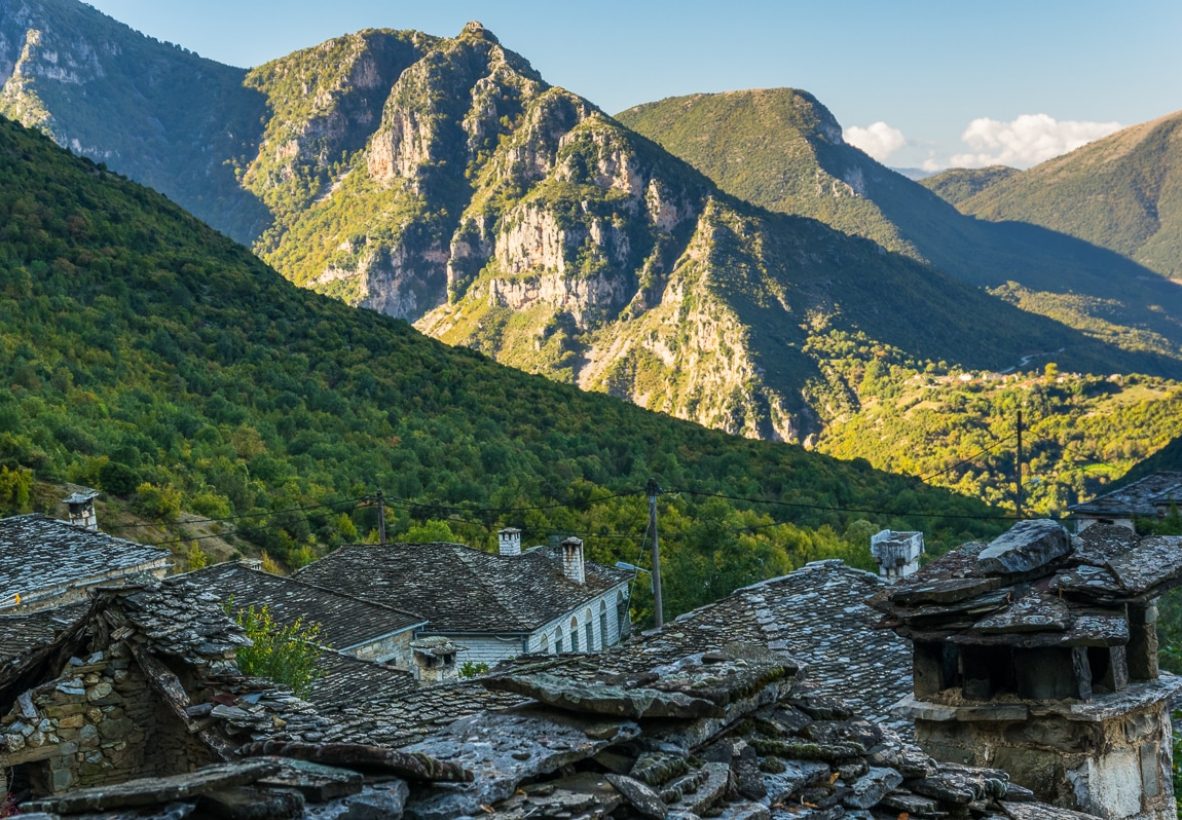 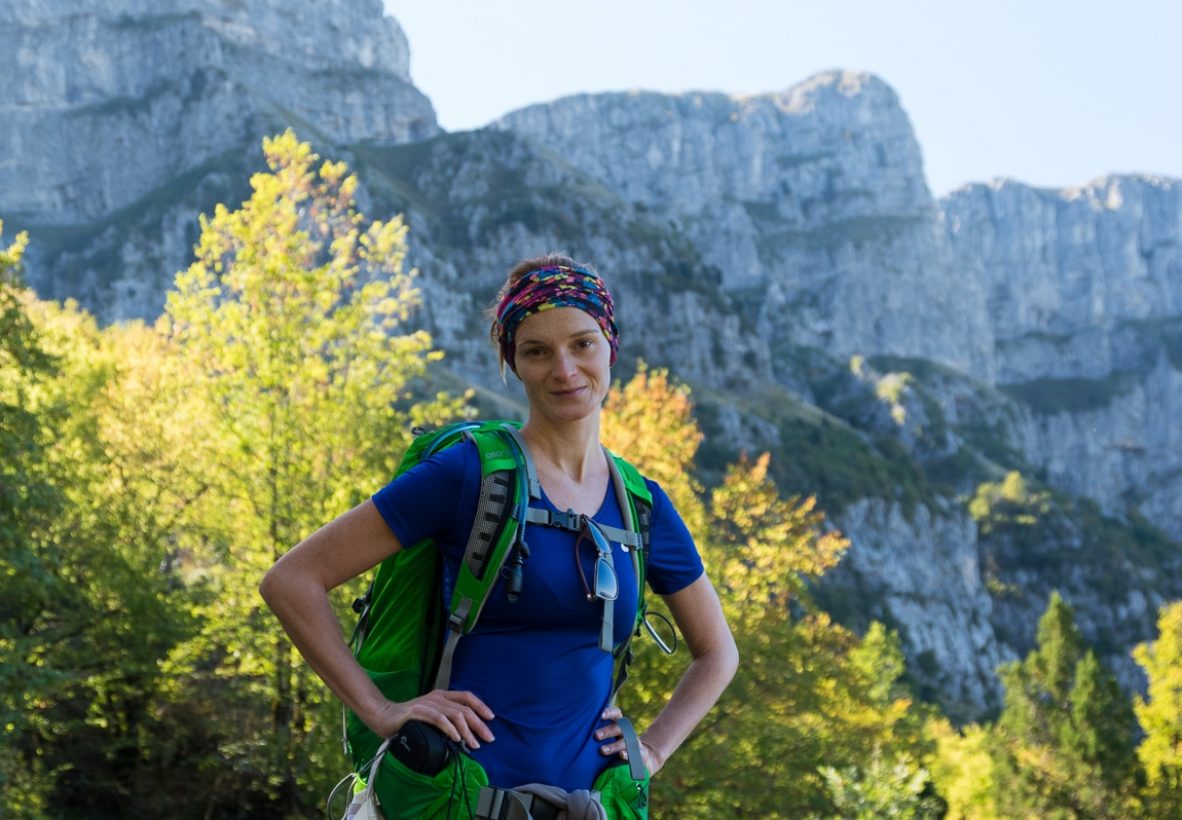 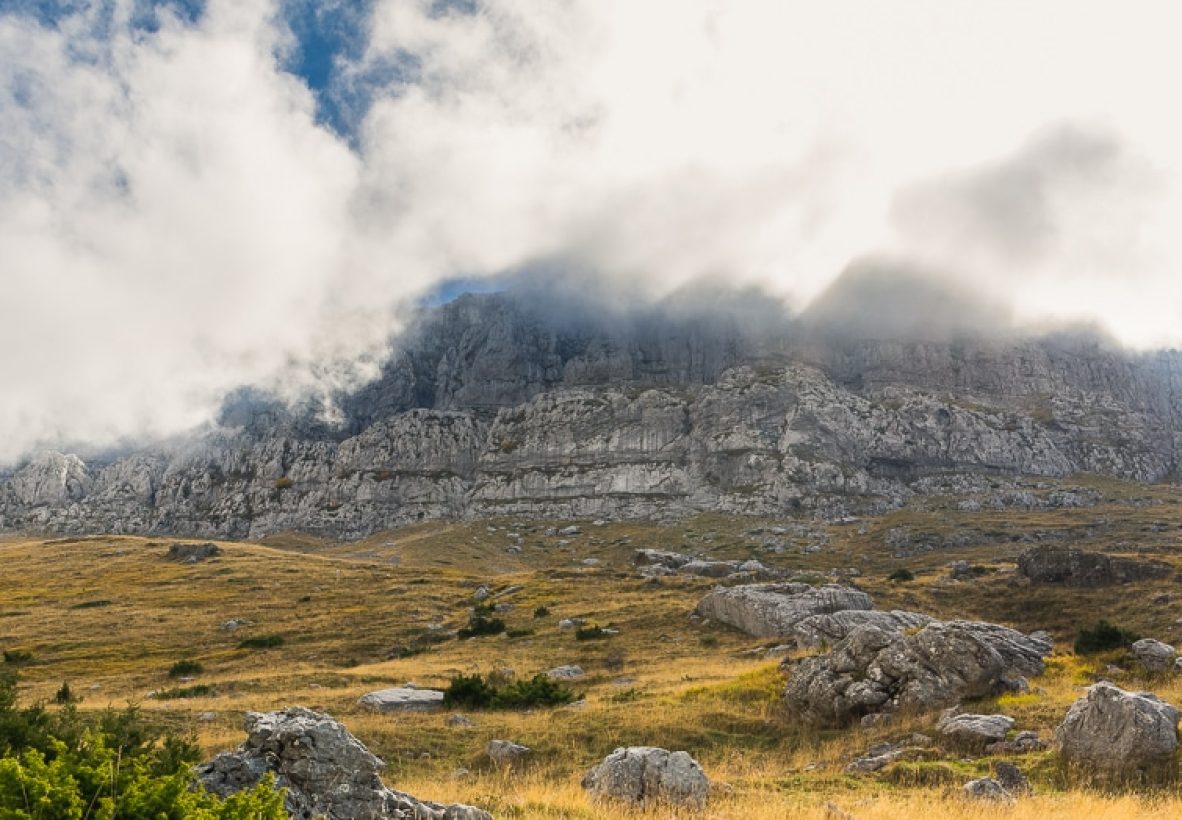 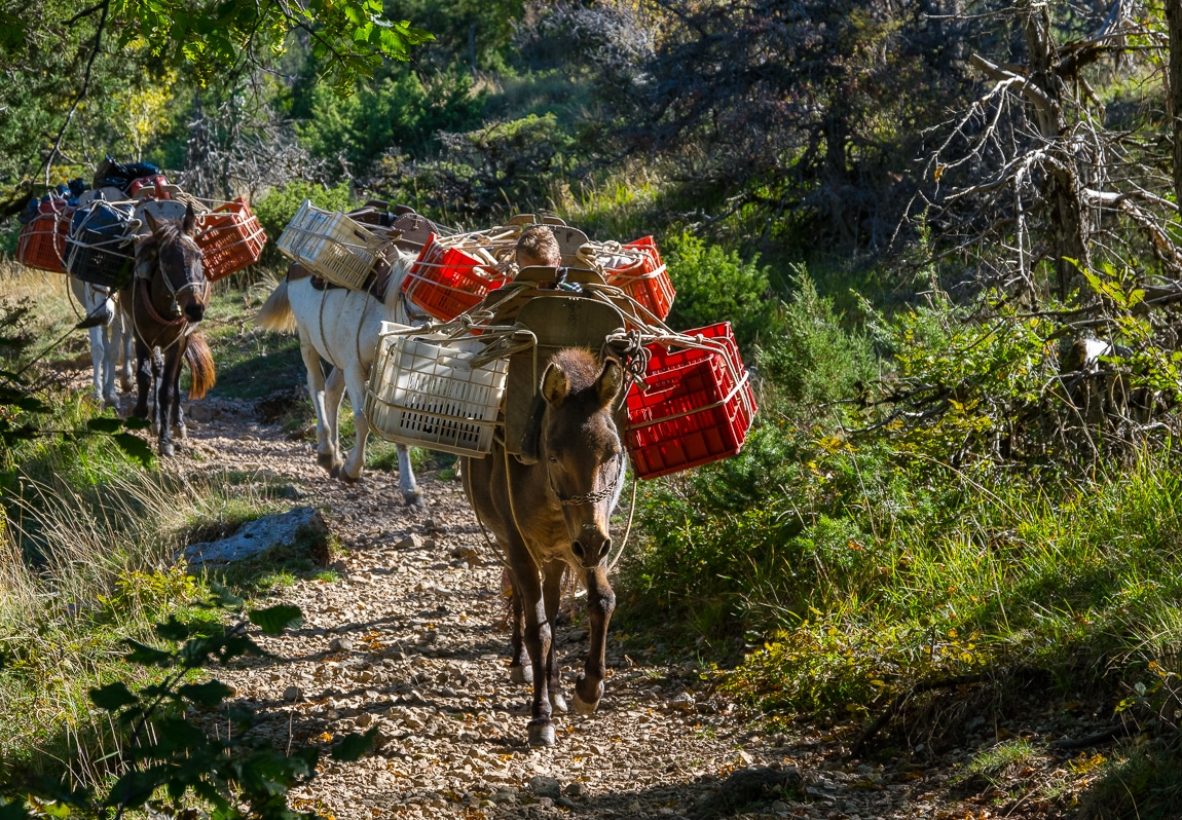 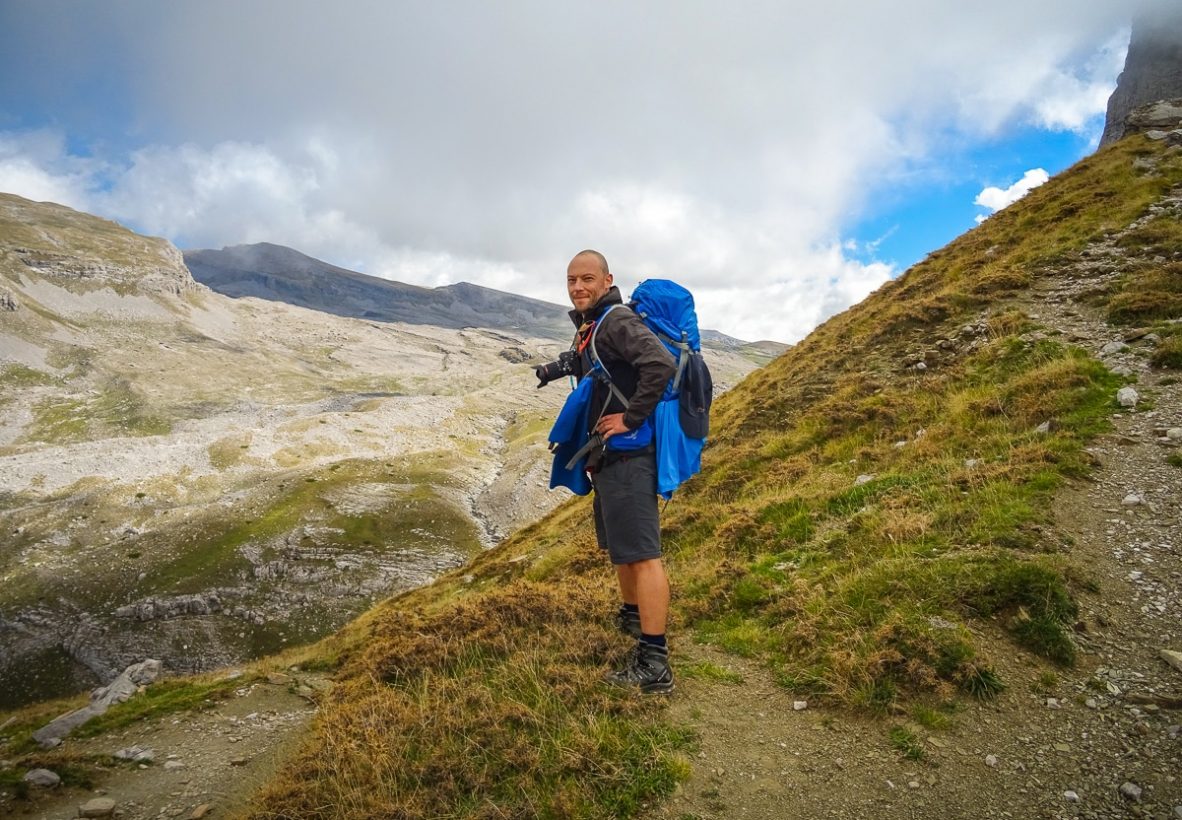 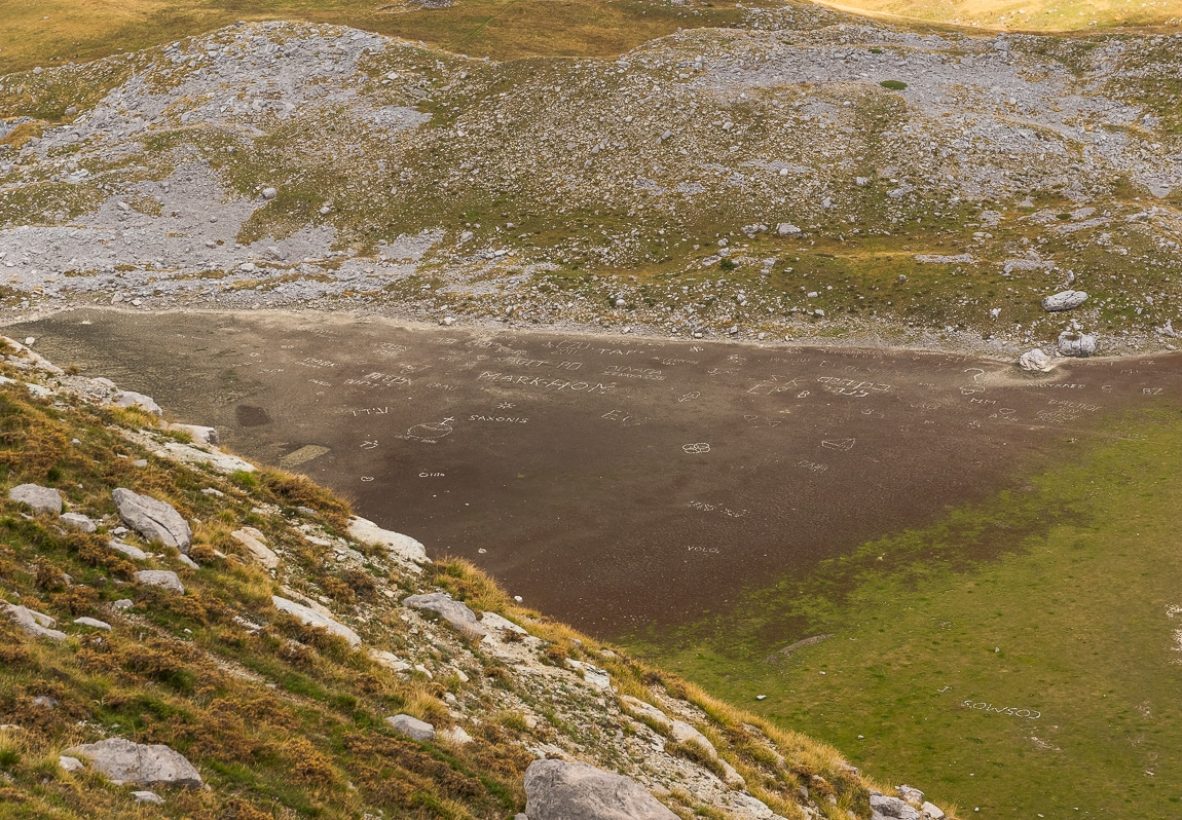 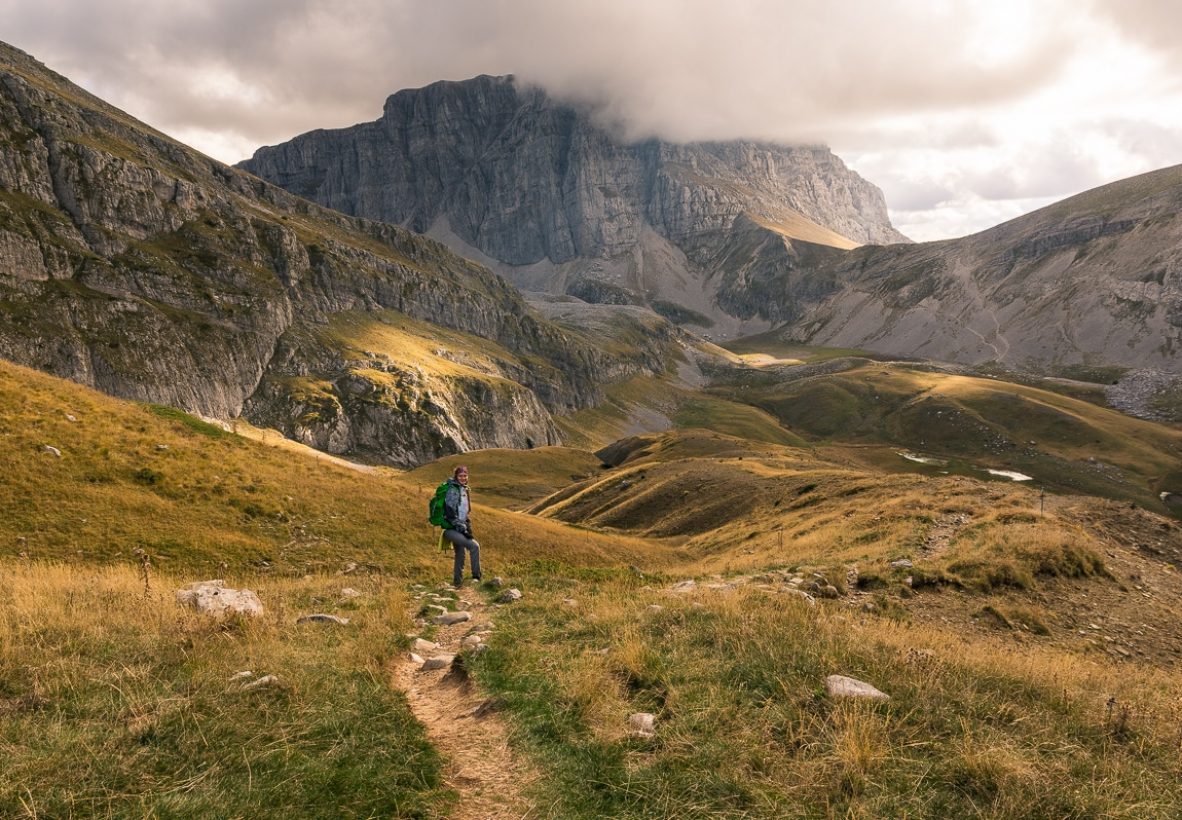 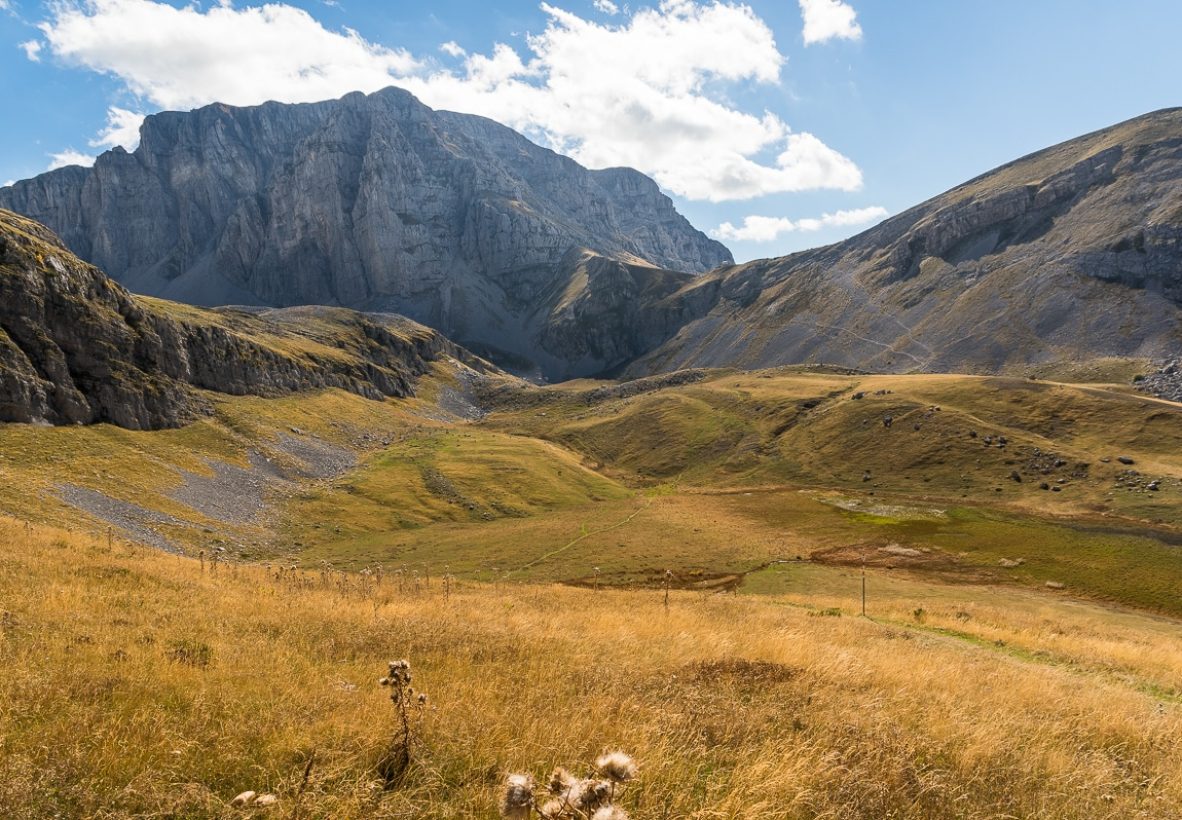 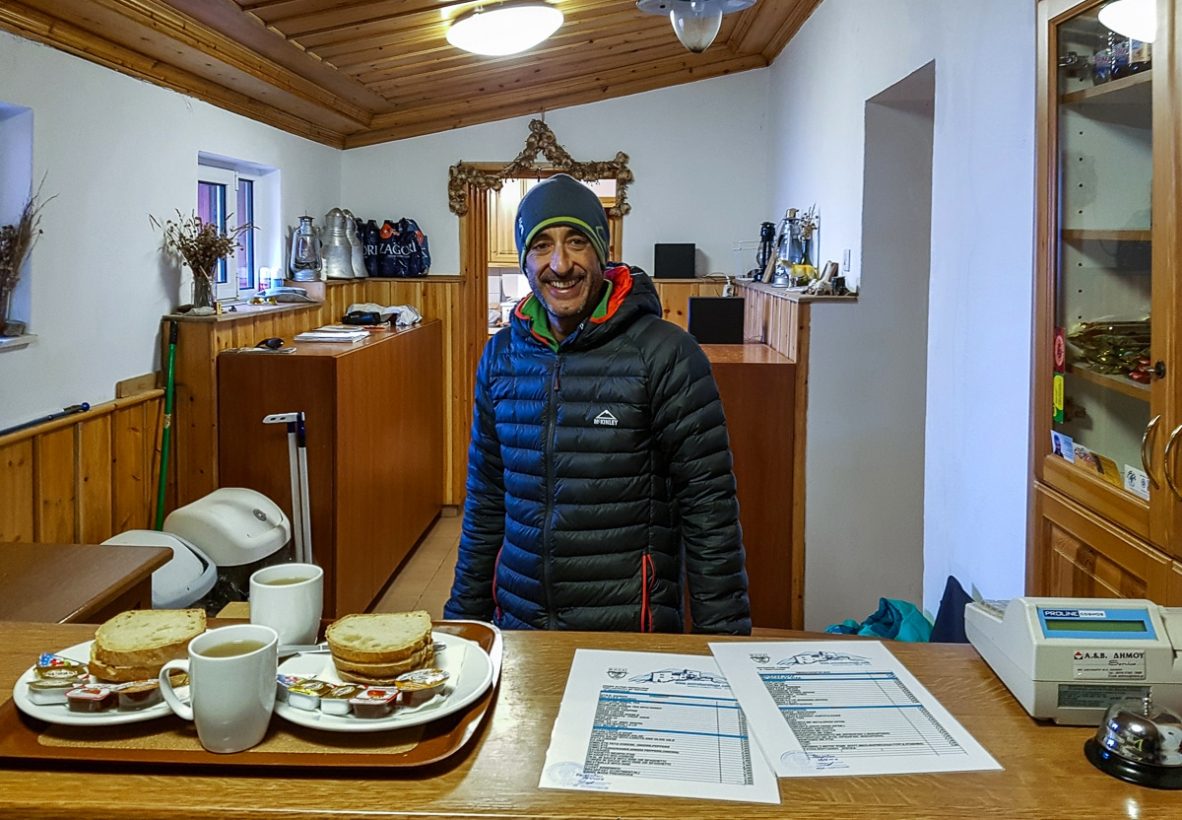