For decades the only zoo in Athens was a small one inside the National Garden behind the Greek parliament. I have memories of my parents taking me there on Sundays. I can’t remember the animals clearly—due to my young age, but I still remember my enthusiasm when I was there.

That zoo has been closed for years but in 2000 a new one opened called the “Attica Zoological Park” which I decided to visit during my last trip in Athens. This zoo is near the airport and since everybody who had visited it told us that we would need a whole day to see all of it, we set out early from Monastiraki where we were staying.

After about an hour, a train and a bus we got off at the zoo bus stop near Spata and took the road leading to the park which is not far. I could see that the area it was built on was substantial but I couldn’t see anything else from outside. 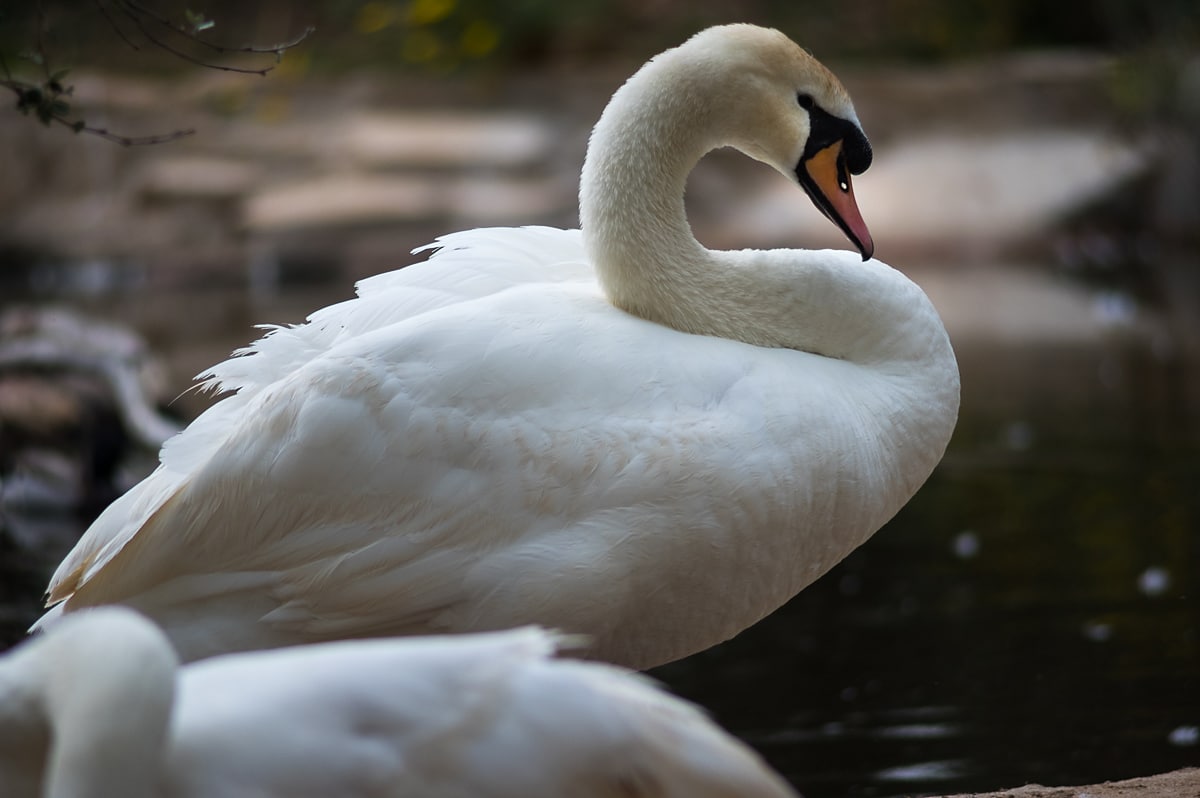 As soon as we got in, we were greeted by the flamingos that were in the reception committee, standing on one leg and resting their long necks on their backs, in the middle of their pond on a small island. And even though I have seen flamingos before, that time I could admire them up-close as they never approach more than twenty meters from my lens in Larnaca salt lake where I meet them every year on their journey to southern climates.

Then I noticed the great number of turtles across the pathway.  They swim by the hundreds in a pool next to the entrance and in the moat that surrounds the ape section. 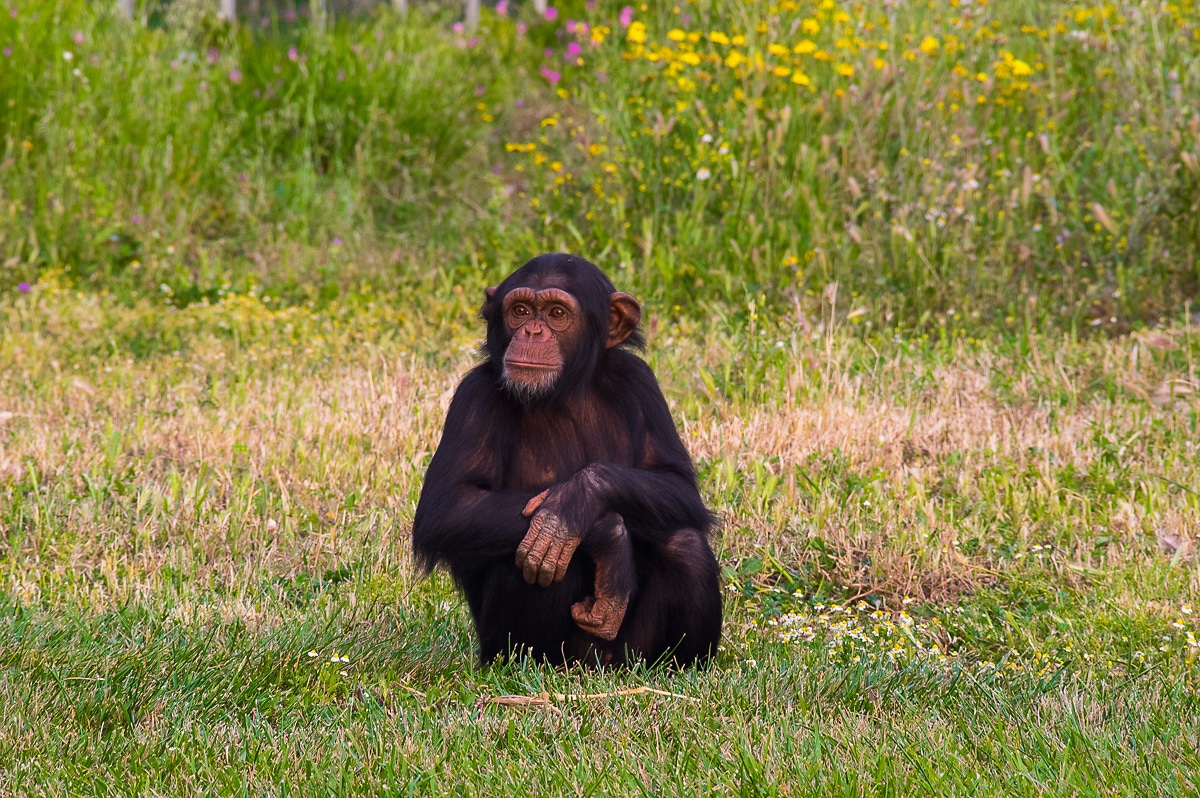 Speaking of apes. They live in a pretty big area which hosts chimpanzees and gibbons in two separate sections. The first time I was there, the chimps were sitting on top of their slide, like they had a family meeting. Busy by themselves and showing no intention to come closer, I let them be and went on my way, planning to come back later.

It was lunch time for the Bactrian camels and for a moment I caught myself staring at the funny elliptical way they moved their jaws while eating. It was amusing and hypnotizing at the same time. 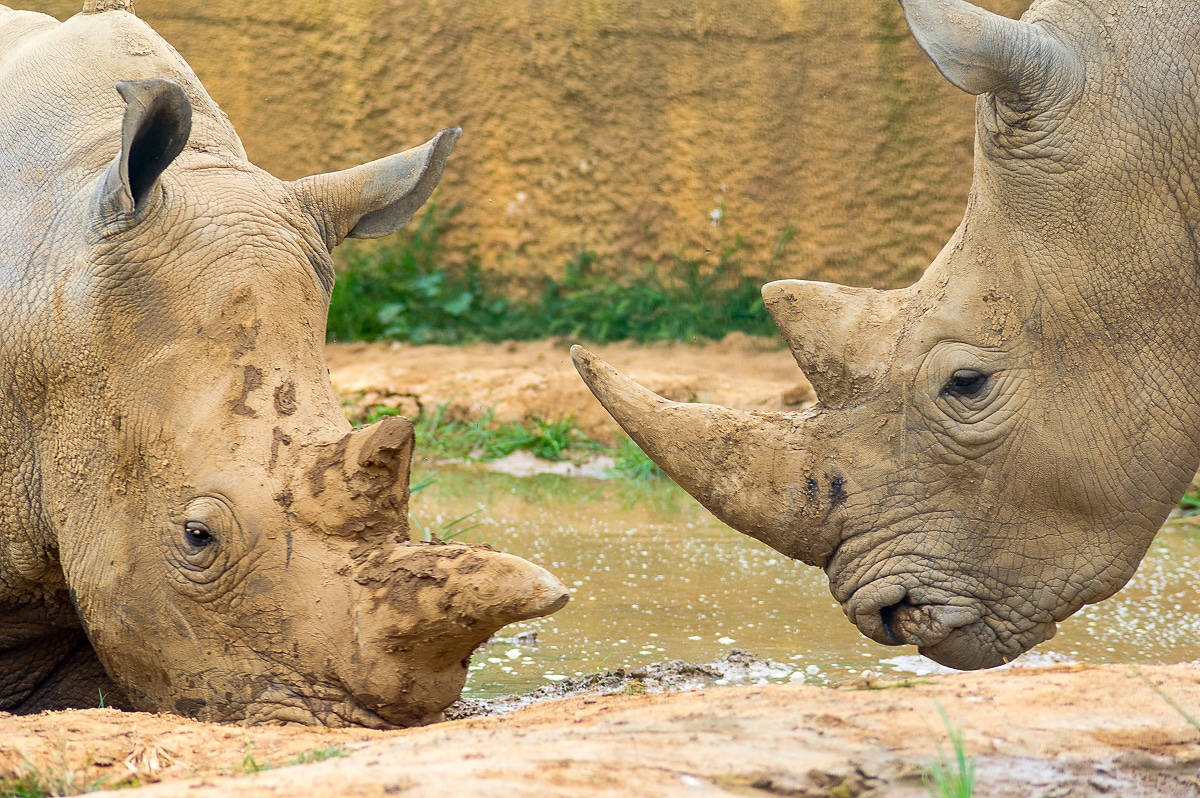 Next were the elephants that looked like they were having a blast playing with some tractor tires and afterwards, the ground hornbills, the serval—a feline mammal and the alluring secretary bird.

The bears were chewing leftovers from their last meal in a lazy fashion and the wolves were brawling over a hierarchy matter most likely. One of my favorites—a komodo dragon was gathering heat from the sun and the rhinos were having a delightful mud bath. 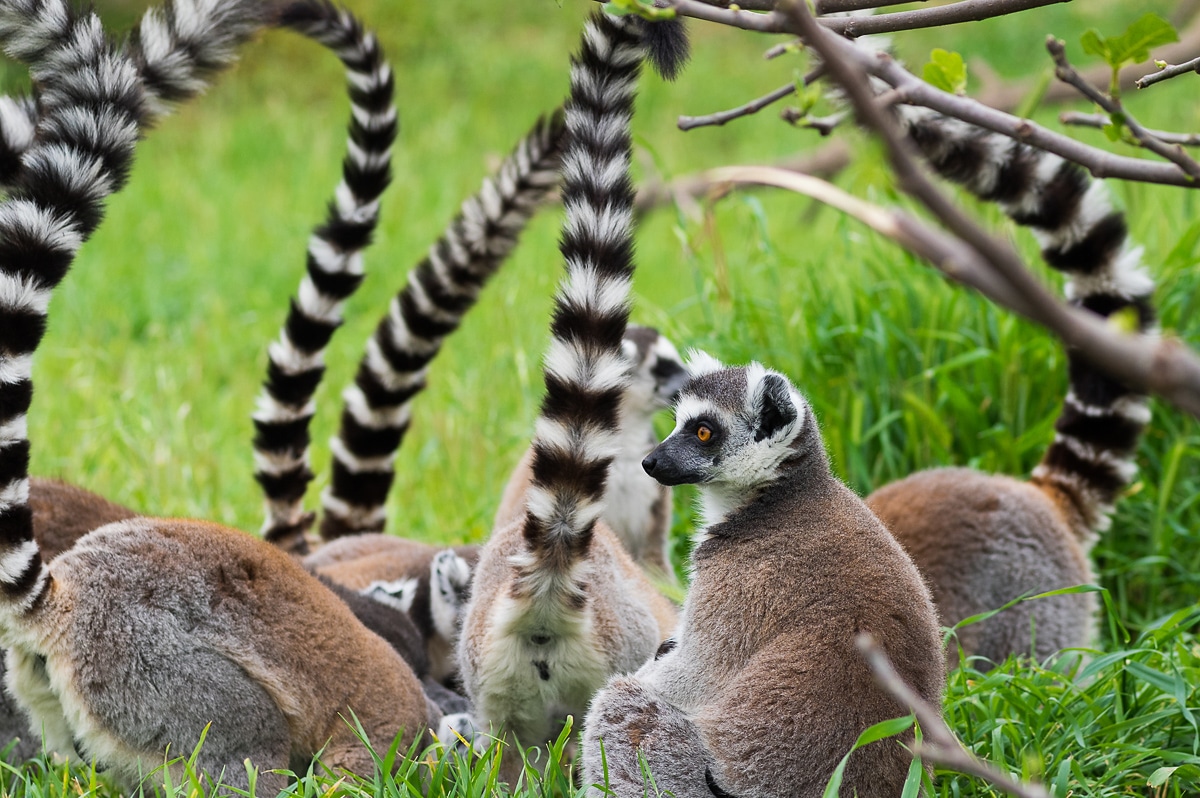 And then it was the lemurs. These sympathetic primates that became famous through the “Madagascar” animated movies are very social and intelligent. The best part is that you can actually cross the door, get into their habitat and observe them from zero distance while they eat sleep and socialize with each other and sometimes with the visitors!

In the meantime hours had passed like minutes and it was already midday so we decided to head to the park cafeteria and have a snack and coffee. From there we had uninterrupted view to what is called the “African Savannah”, the biggest section of the zoo is home for the giraffes and zebras that have this enormous space just for themselves. 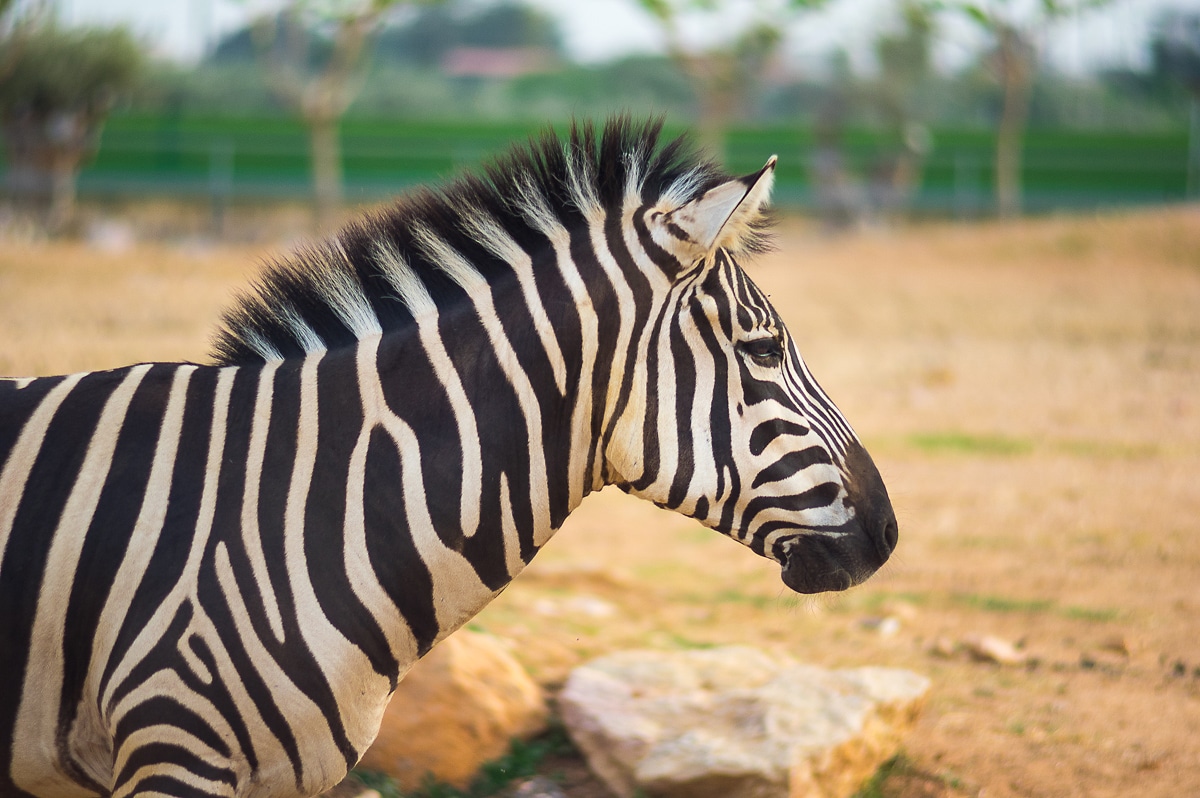 We finished our brake and the time had come for the Marine Mammals presentation to start. It was taking place in the aquatic section. Almost all the stands were full and the dolphins that were very perky indeed, performed a nice program with their two lady keepers. 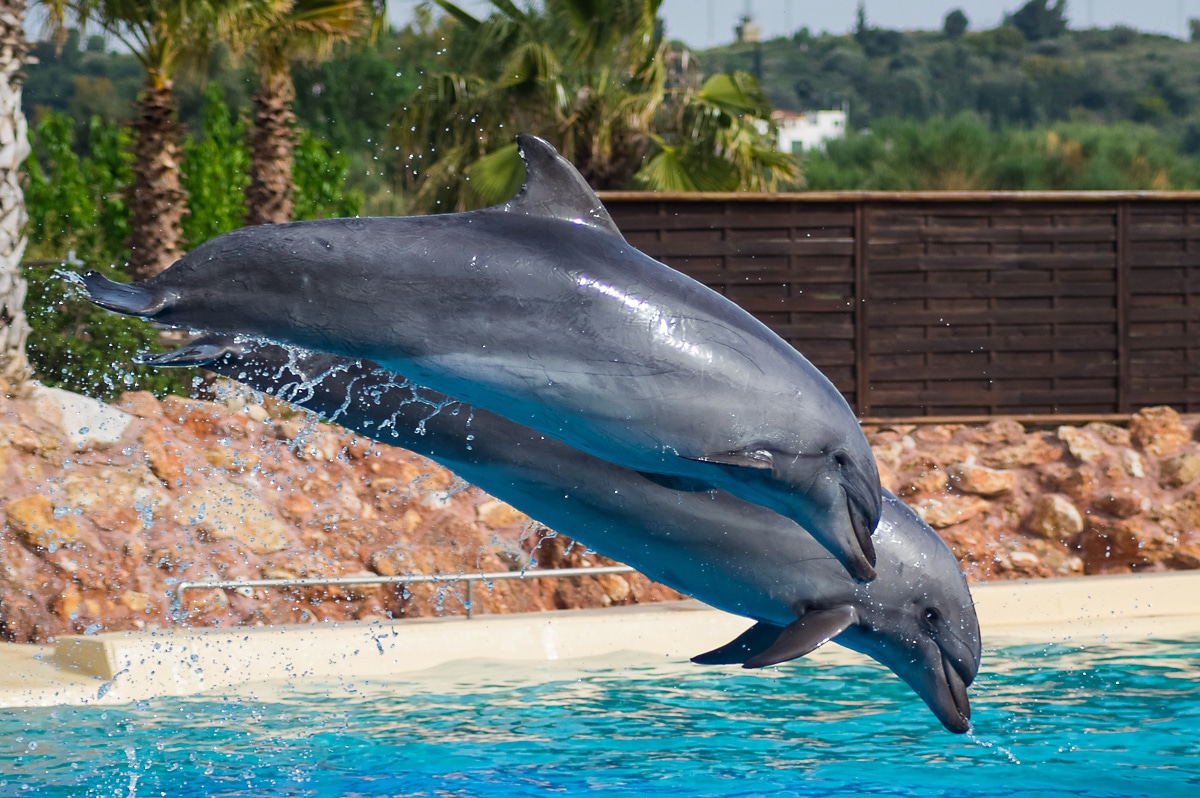 After that we headed to the three walk-in aviaries which for me are the main attraction of the zoo, since along with the other bird sections they consist the 3rd biggest bird collection in the world. Each of the three aviaries is devoted to a continent, its birds and the corresponding flora.

I liked the Asian one, the most, because of the small pond and the Buddha statue which in combination with the vegetation made it look like a scenery from a lost temple in a Southeast Asian jungle. Its silence broken only from the chirping and singing of the birds, and their wings flapping across the aviary which was more than spacious enough to accommodate their flight. There are even benches that you can sit and enjoy these small ecosystems living and breathing around you. That was by far my favorite part of the zoo. 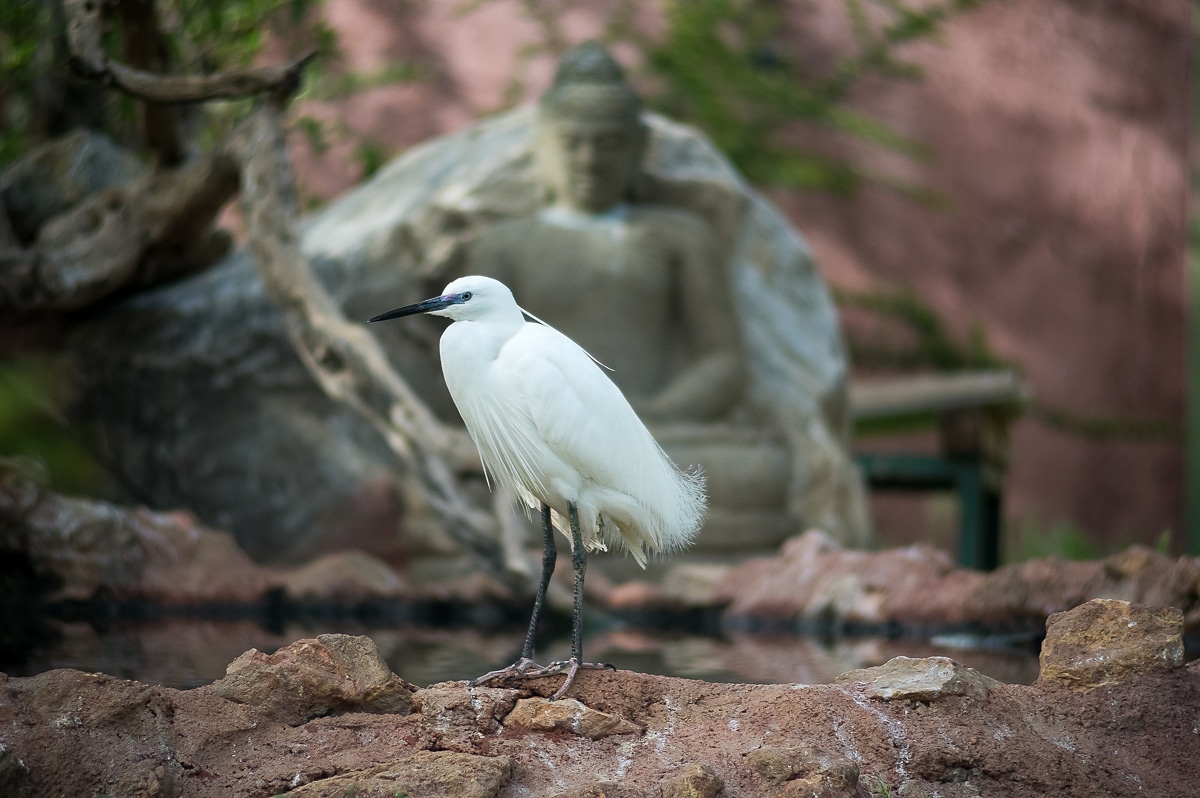 The Reptile section followed, with many species of snakes—venomous and constrictors alongside with lizards and even a Nile crocodile.

After that it was the turn of the big cats: Jaguars, pumas, cheetahs and a lion pride in all its glory. They were all there except for a tiger which as I read a few days ago is the zoo’s latest addition.

Finally I had to go through monkeys and parrots faster than I would like to, for the time had passed and the zoo would be closing soon. I did get back to chimps eventually and this time they gave me a chance to take some shots which I was happy with. 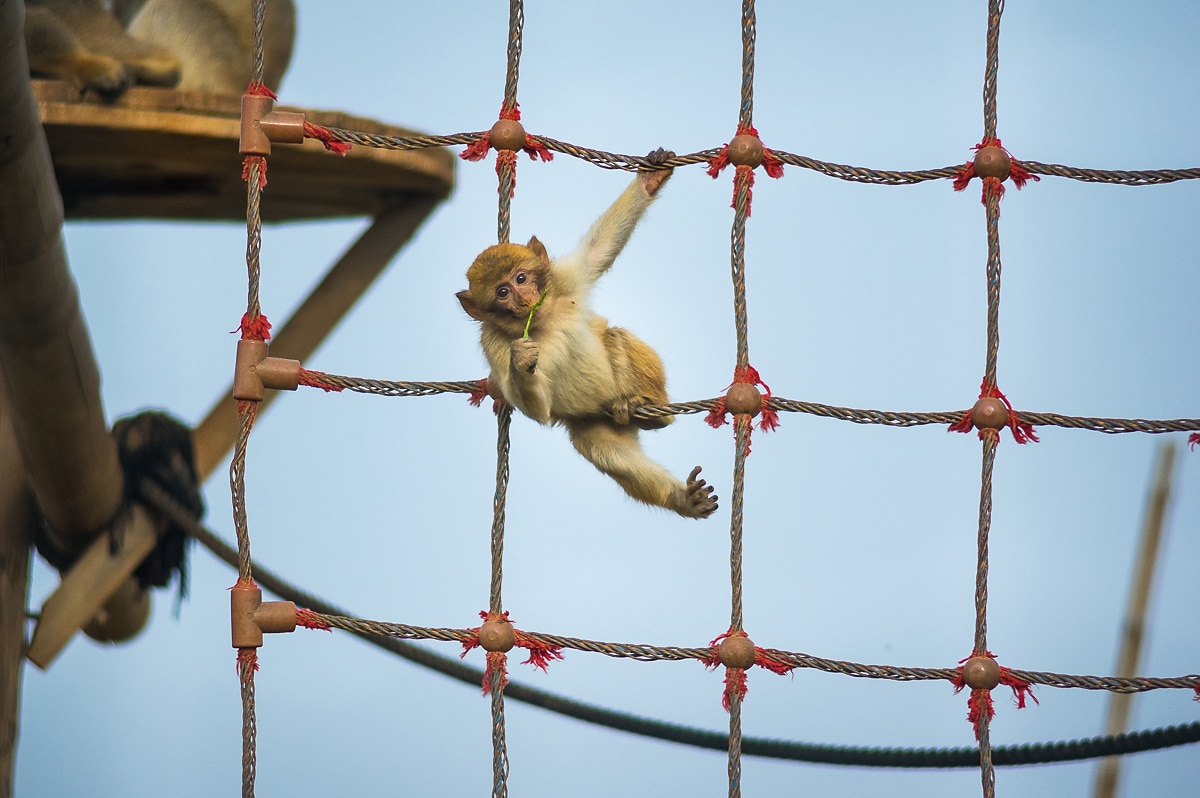 Needless to say I haven’t mentioned all the animals of the zoo here. That wouldn’t be possible in order to keep the article size reasonable.

Overall I would say that it was an excellent way to spend a day in Athens.

For more info you can visit the Park’s website on : www.atticapark.com/