Less than three hours driving north of Bucharest, behind the mighty Carpathians, lies the city of Brasov—one of the seven walled citadels the Saxons built in Transylvania when it was under Hungarian rule. Transylvanian Saxons who were of German ethnicity, had the fame of expert craftsmen and tradesmen, so as soon as they settled the area, they got organized into guilds which supported the building of the new city. Later on, they helped build and maintain Brasov’s walls and bastions that were necessary for the city’s defense. By using this colonizing model, they flourished in all the places they settled back in the 12th and 13th centuries.

Today Brasov is a modern town of a quarter million people which combines a medieval core with the Stalinist architecture and the wide avenues of communistic era. In the city center which is by far the most interesting piece of the city, you can see Gothic, Renaissance and Baroque styled buildings, providing a testament to the European architectural evolution through the centuries.

As was accustomed at that time, the city was built around a square which for Brasov is Piața Sfatului (Council square) or Marktplatz in German. It took its name from the magnificent Council house which is in the middle of it, and houses the Brasov County Museum of History nowadays. 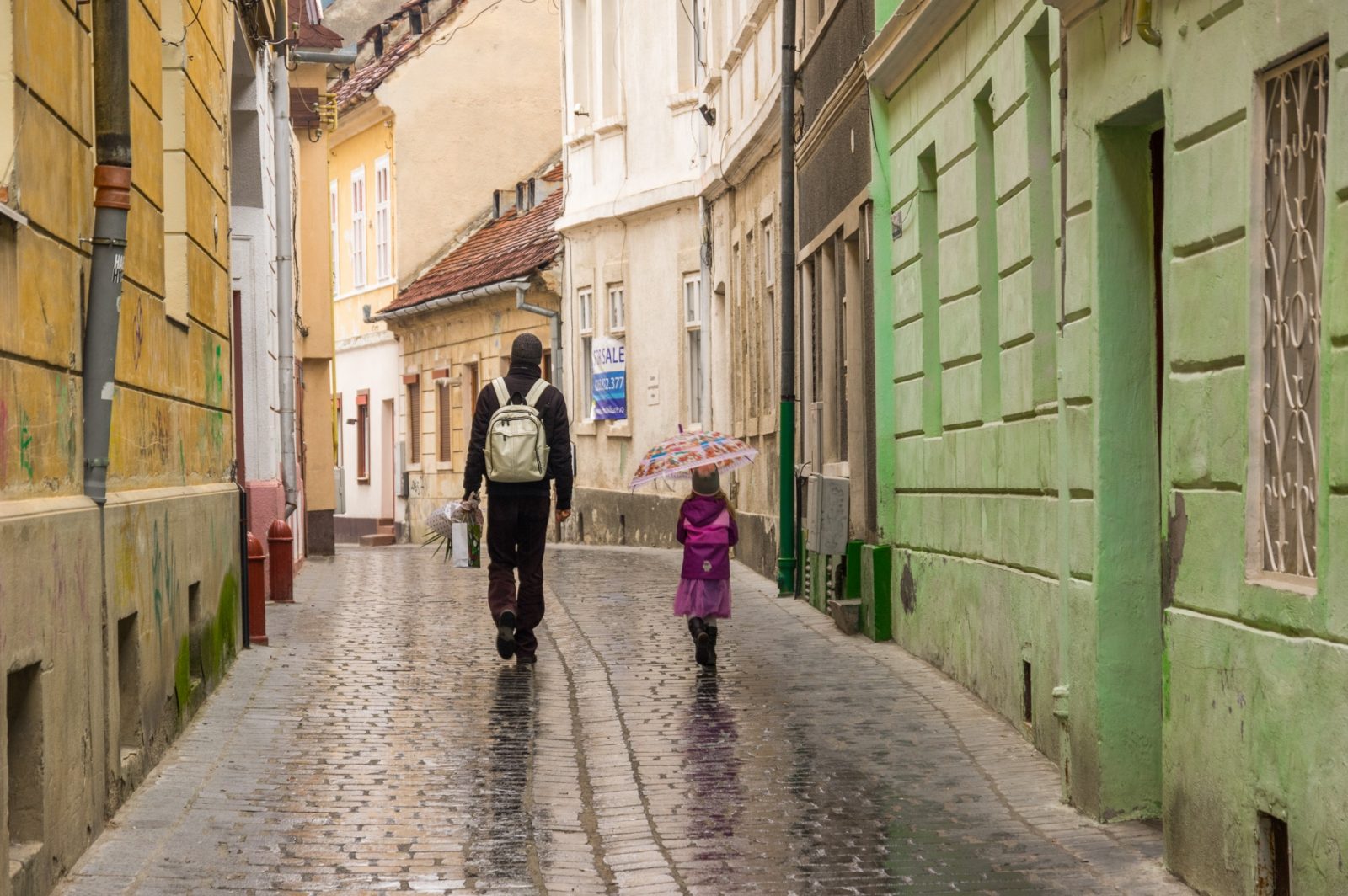 Not far from it, to the south stands the city’s centerpiece—the gothic Lutheran church of Augustan Confession known as Biserica Neagra, or Black church. This majestic basilica was built by Bulgarian craftsmen back in the 14th century and took almost a hundred years to be completed.  A big fire that was set from the Hasburg Monarchy (future Austrian and Austria Hungarian Empire) army in 1689, gave the walls their characteristic darkness and to the church, its name. Its six ton bell is still the biggest in Romania.

Piața Sfatului is always busy with people. Some walking up and down, and others sitting in the numerous cafes and enjoying the buzz. An interesting fact is that the same place where you can enjoy your coffee today, was used for public executions and punishments not many centuries ago. 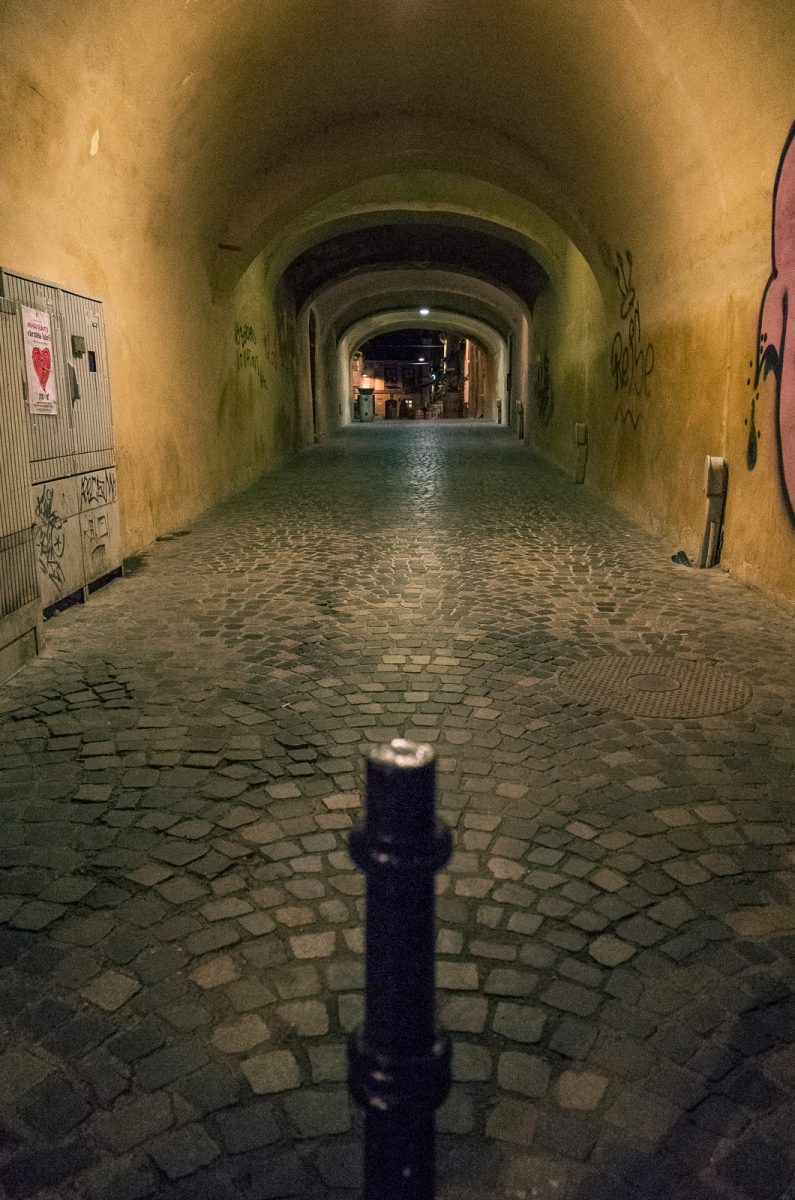 Behind Casa Hirscher (the Merchants’ house) which was the biggest building in Brasov for a long time, is Mount Tampa—the city’s greatest viewpoint. It takes almost an hour to climb the trail and for those who don’t feel like it, there is a cable car that they can take outside Furanilor bastion. Either way the panoramic view is always rewarding.

Brasov has this distinctive charm that all medieval Transylvanian cities have. It is much bigger than Sighisoara or Sibiu, but it has still retained its originality to a great degree, especially down town. It is also a university town which means that it can beat the other two in a bar crawling contest, hands down. Numerous pubs, restaurants, bistros and wine bars are housed inside beautiful historical buildings across the cobblestoned alleys, and some of them are really exceptional. 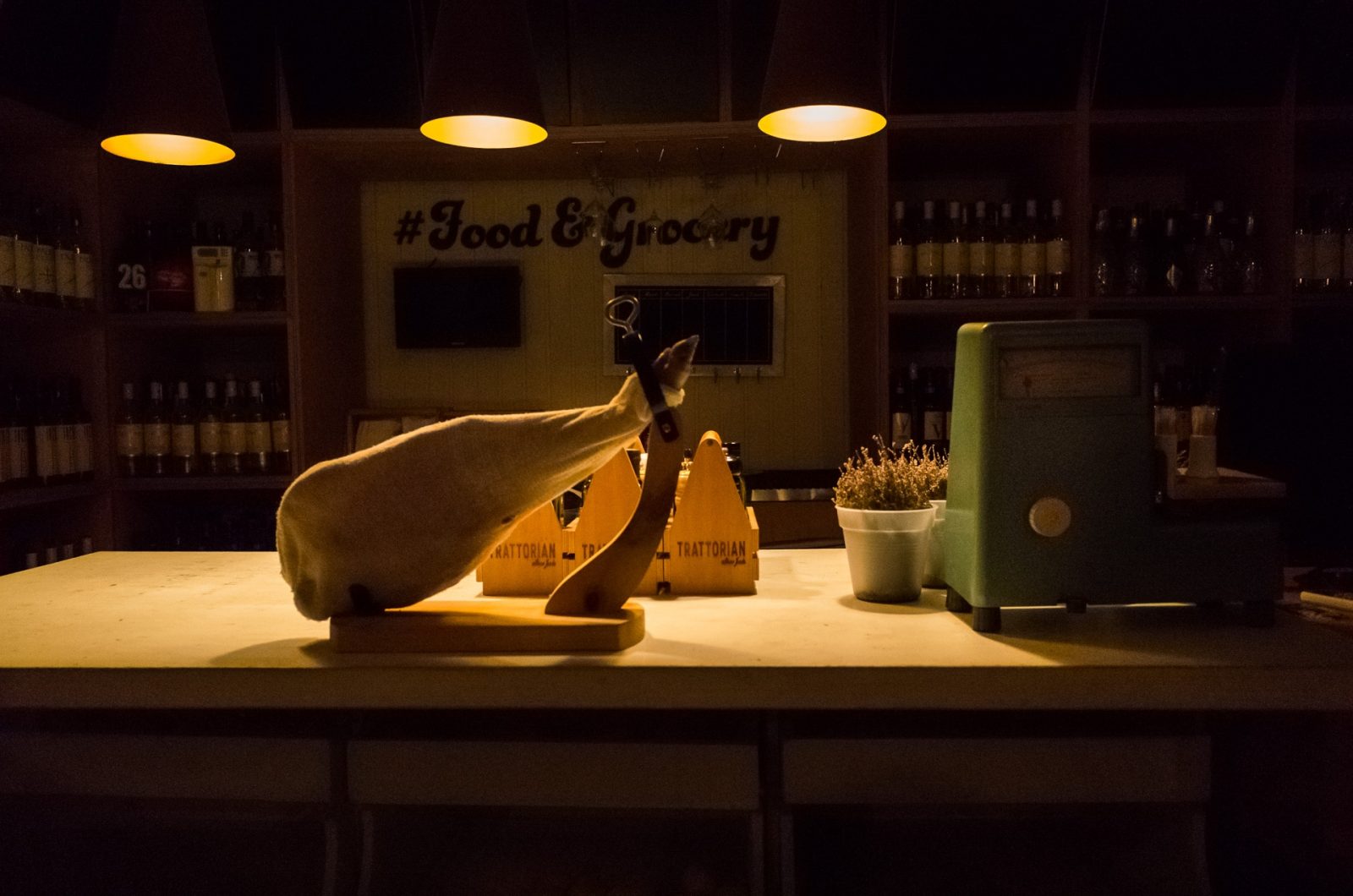 Other notable sights in the city are the White & Black towers on Warthe hill (the view is great from the White tower but the trail is steep), the Ethnographic museum, Casa Muresenilor museum, the First Romanian school museum and Strada Sfoori (Rope street)—a narrow corridor like alley that was made for the needs of the local fire department.

Places to Visit Outside Brasov

Located in the nearby Postavaru mountains, the most famous winter resort in Romania is no more than fifteen minutes from the city. It is located at 1020m above the sea, and boasts numerous resorts and facilities next to its 24km of slopes. The visitors have a variety of hotels and chalets to choose from. The season is usually from December to March.

Probably the most famous Romanian sight and for the wrong reasons since the real Dracula—Vlad Tepes never stayed there. He did pass from Bran gorge at least once to torch the outskirts of Brasov and impale some traders for not paying their taxes but that was it. Truth to be told the citadel does look a bit sinister the way it’s built at the gorge’s entrance. It is rather high in proportion to its base, and its mighty towers remain lit from last light of the day, a bit longer after the gorge beneath it has gotten dark.

It was built by the Saxons in the late 14th century to guard the mountain pass and defend Transylvania from the Ottoman Empire. It was also used as customs checkpoint between Transylvania and Wallachia. Later during the 20th century it became a summer retreat for the royal family. Today the fully furnished and renovated castle is a museum. 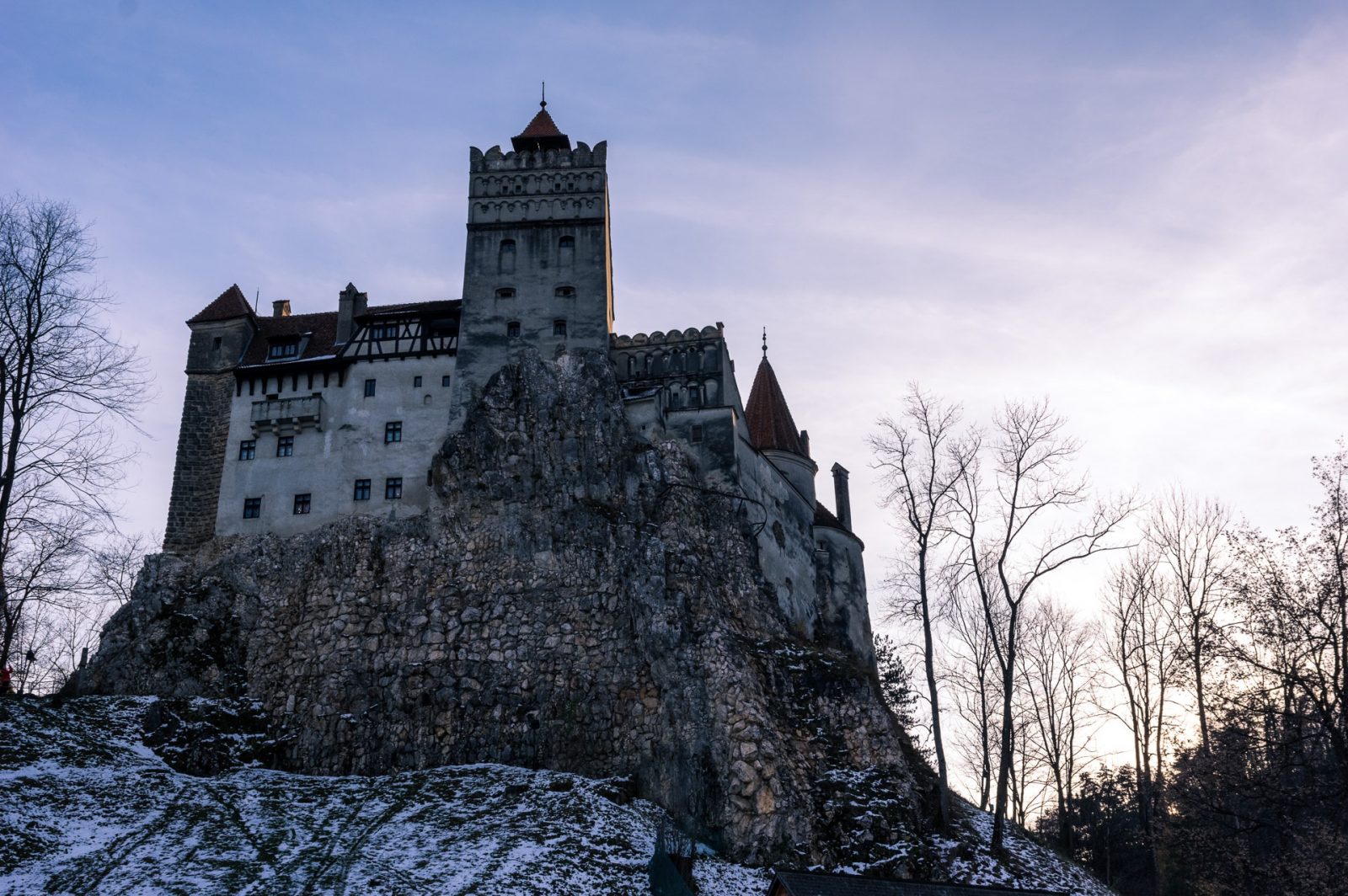 Much bigger than Bran, this fortified settlement was built outside the town of Rasnov to protect the nearby villagers from invasions. It could withstand long-term sieges and was conquered only once, when the enemy army traced the secret water stream that provided water to the citadel. After that incident a 146m well was dug inside the walls in order to make it completely self-sufficient. It has two yards—an exterior and an interior where all the houses are, along with a chapel and a school.

The fact that it has access only from the east side (there are steep cliffs in all other directions) made it impenetrable. Today many of the houses have been ruined but its walls still stand strong, and it is definitely worth a visit. 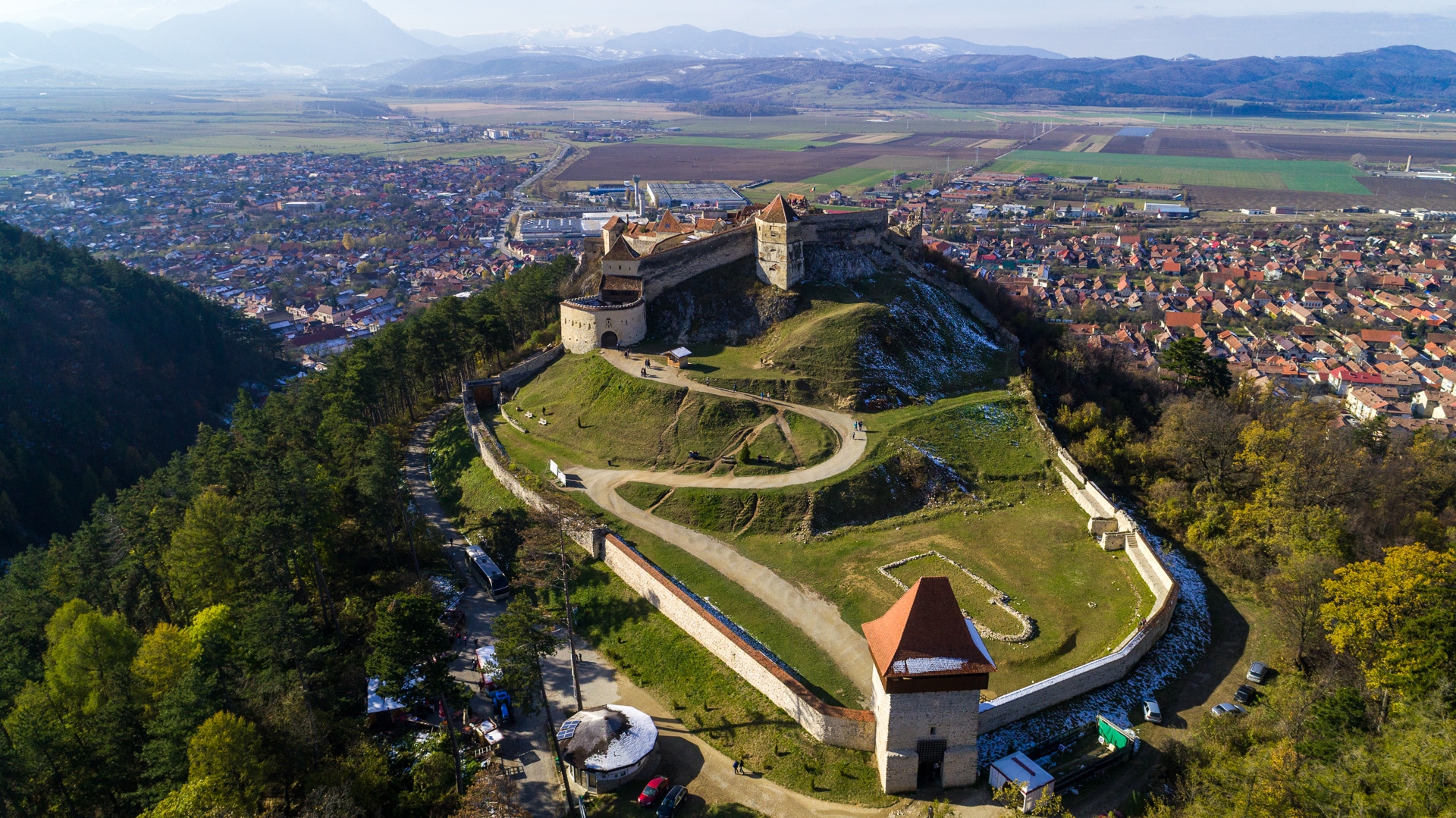 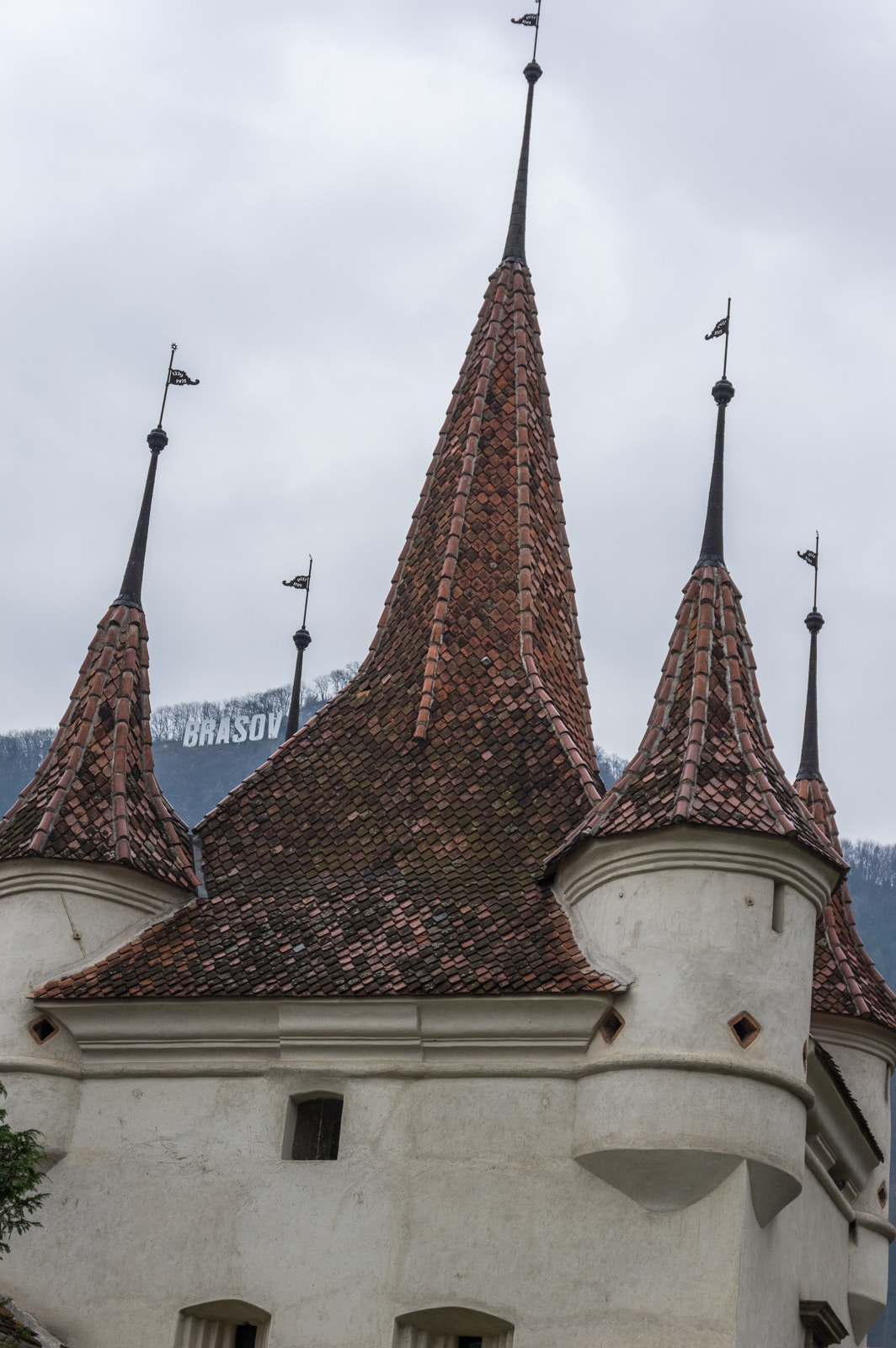