The forecast said it was going to snow, and indeed, thick flakes had started to fall with the first light of the day. I was looking at them slowly drifting down, layering the dark cobblestone outside the window, thinking what I should do next. It was a frosty but welcoming morning.

I grabbed my camera and flew down the stairs. Outside, the city was buzzing. First snow of the winter or not, in Bratislava it was business as usual. I put my gloves on and turned right towards the Danube as an old tram passed by, ringing its bell.

I had already been in the Slovakian capital for two days and snow was an unexpected as much as a pleasurable twist. The markets were set, but Christmas was twenty days away and I was looking to catch the city’s festive spirit. 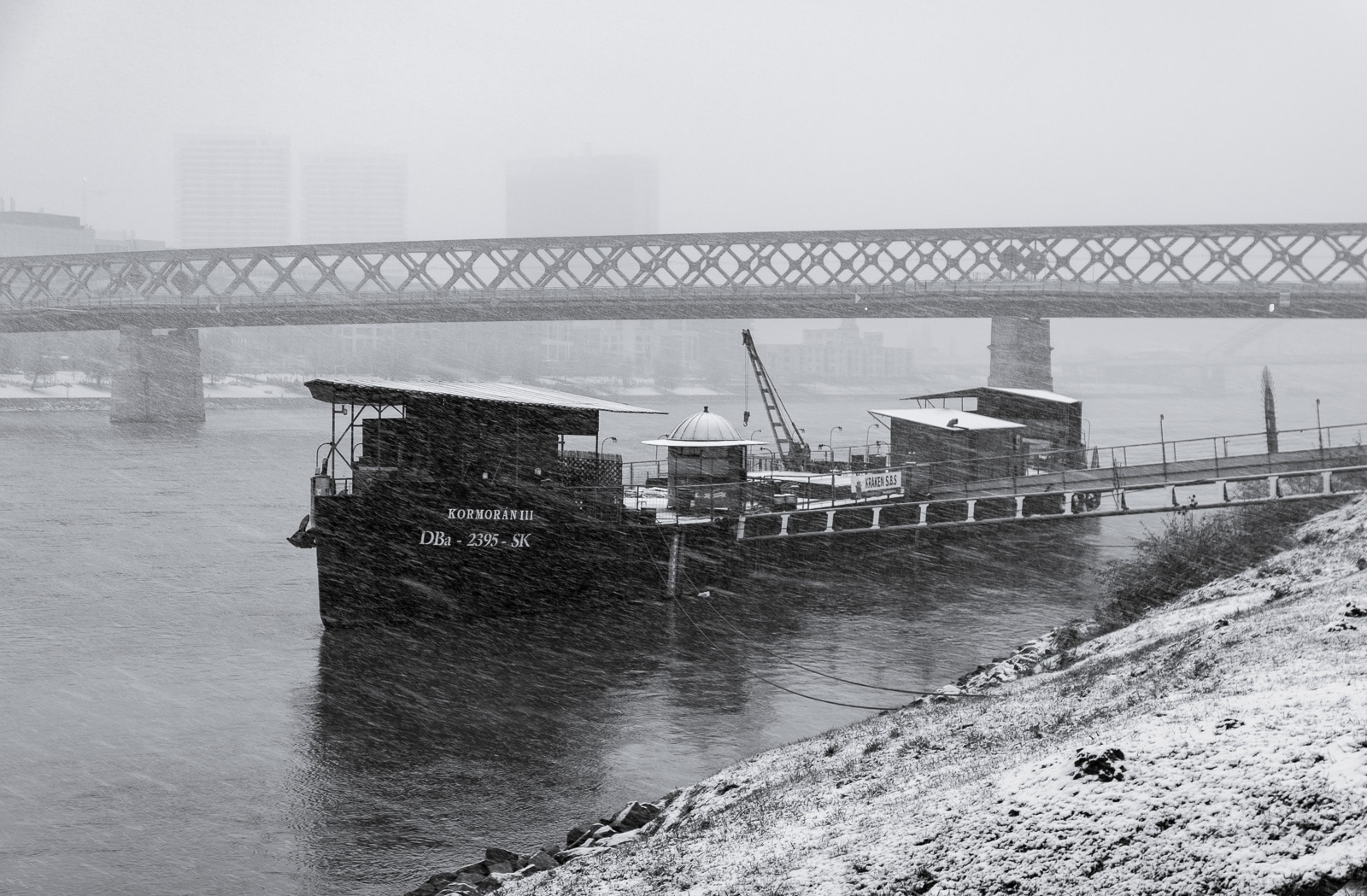 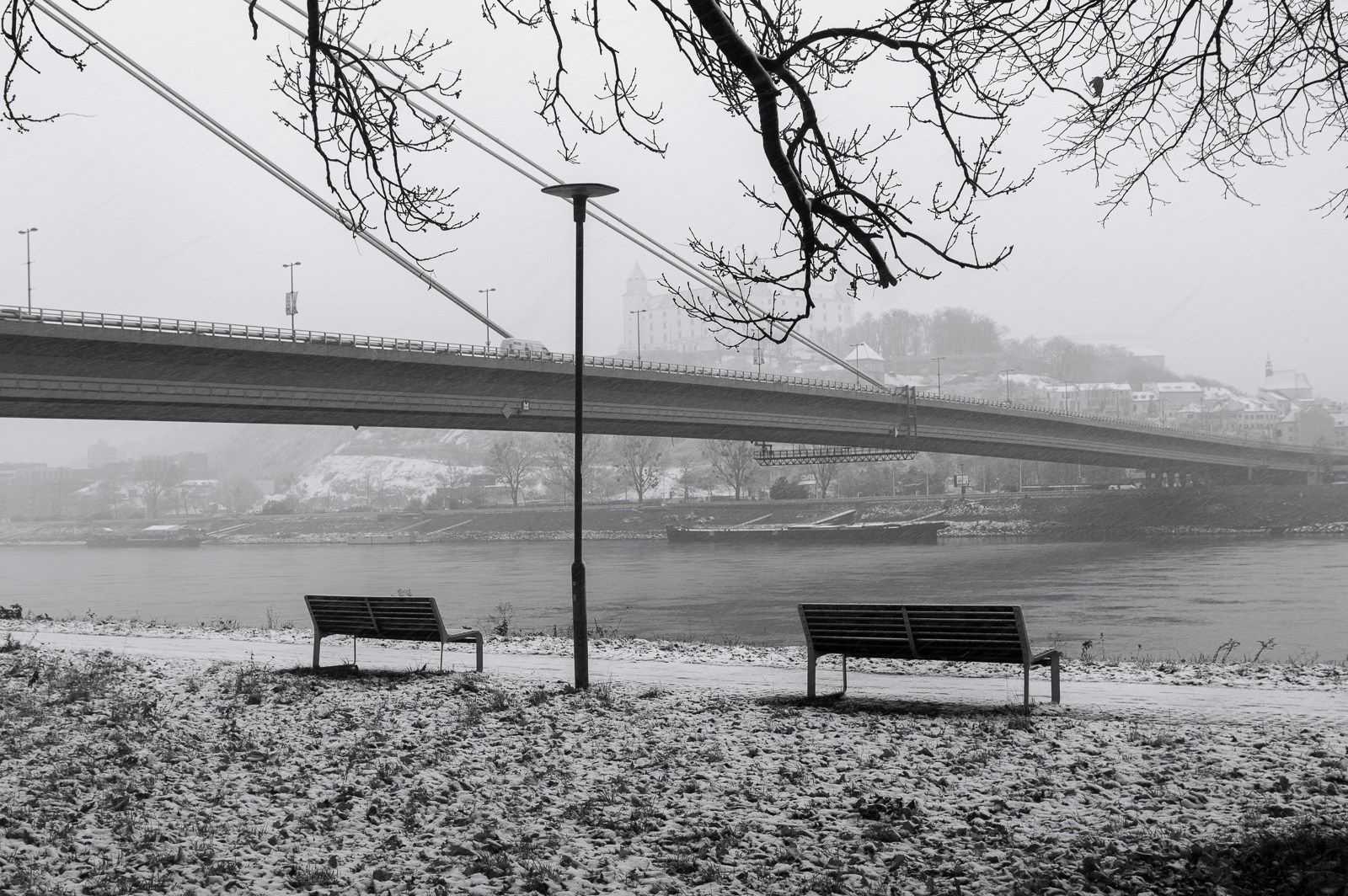 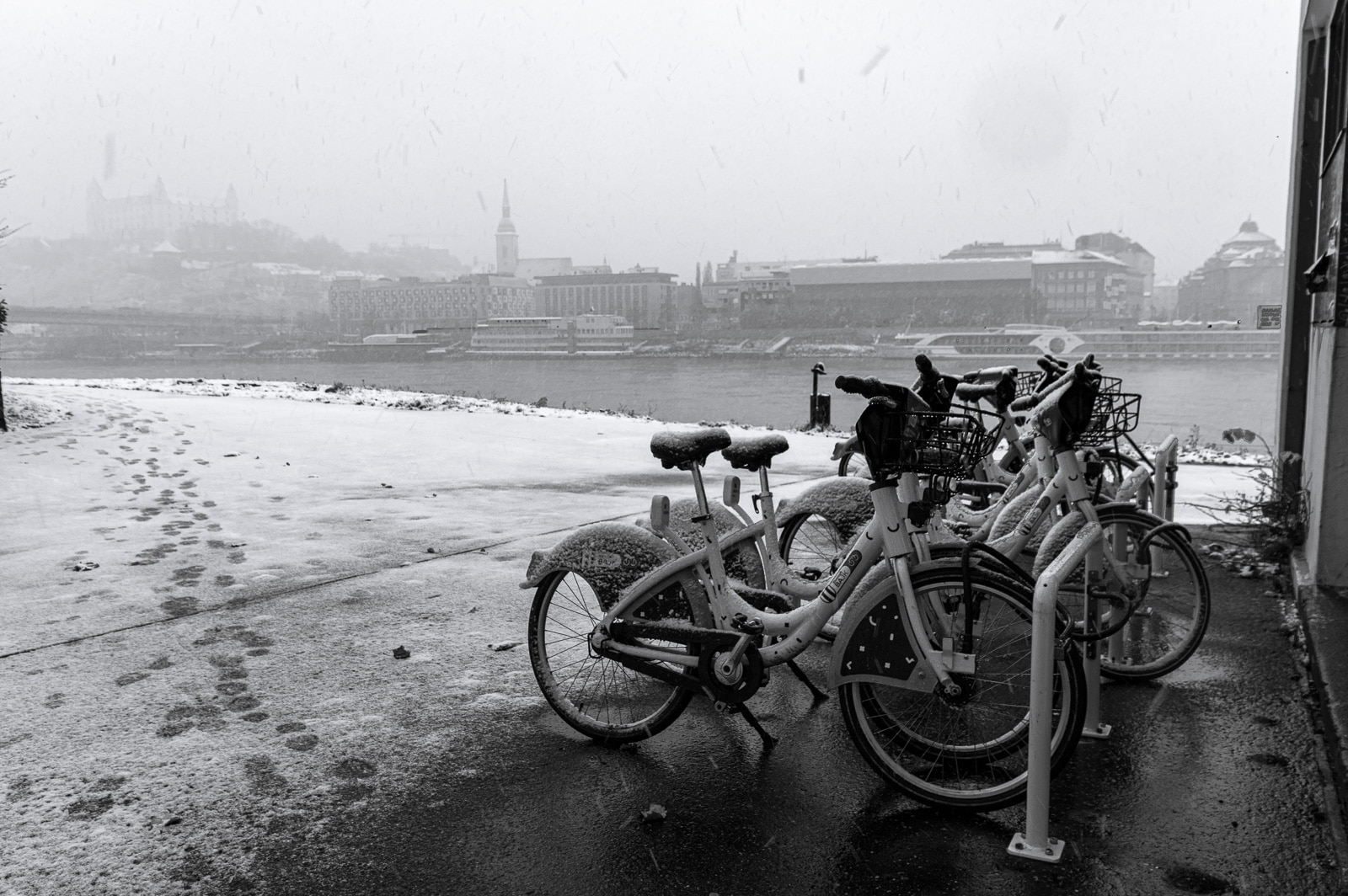 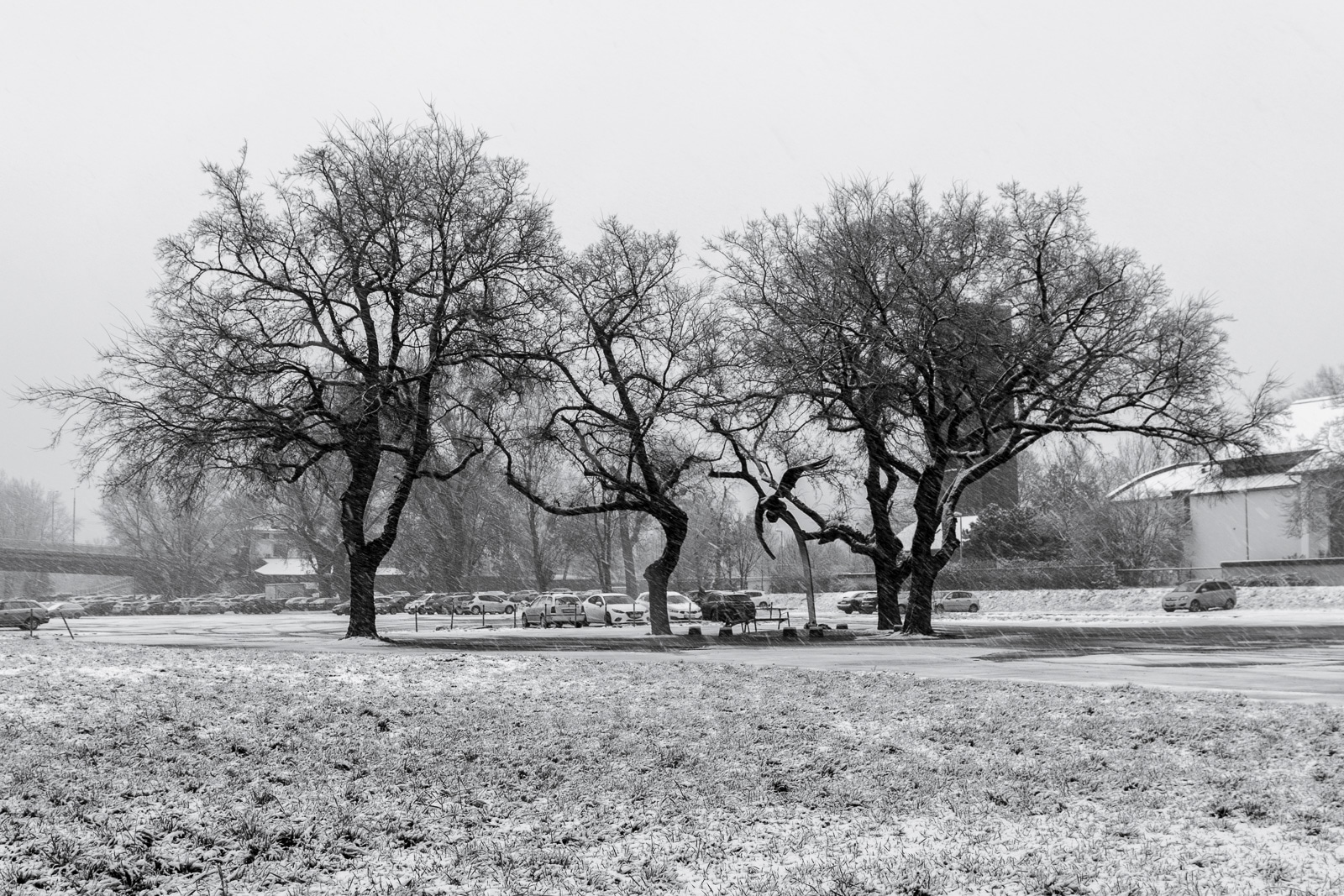 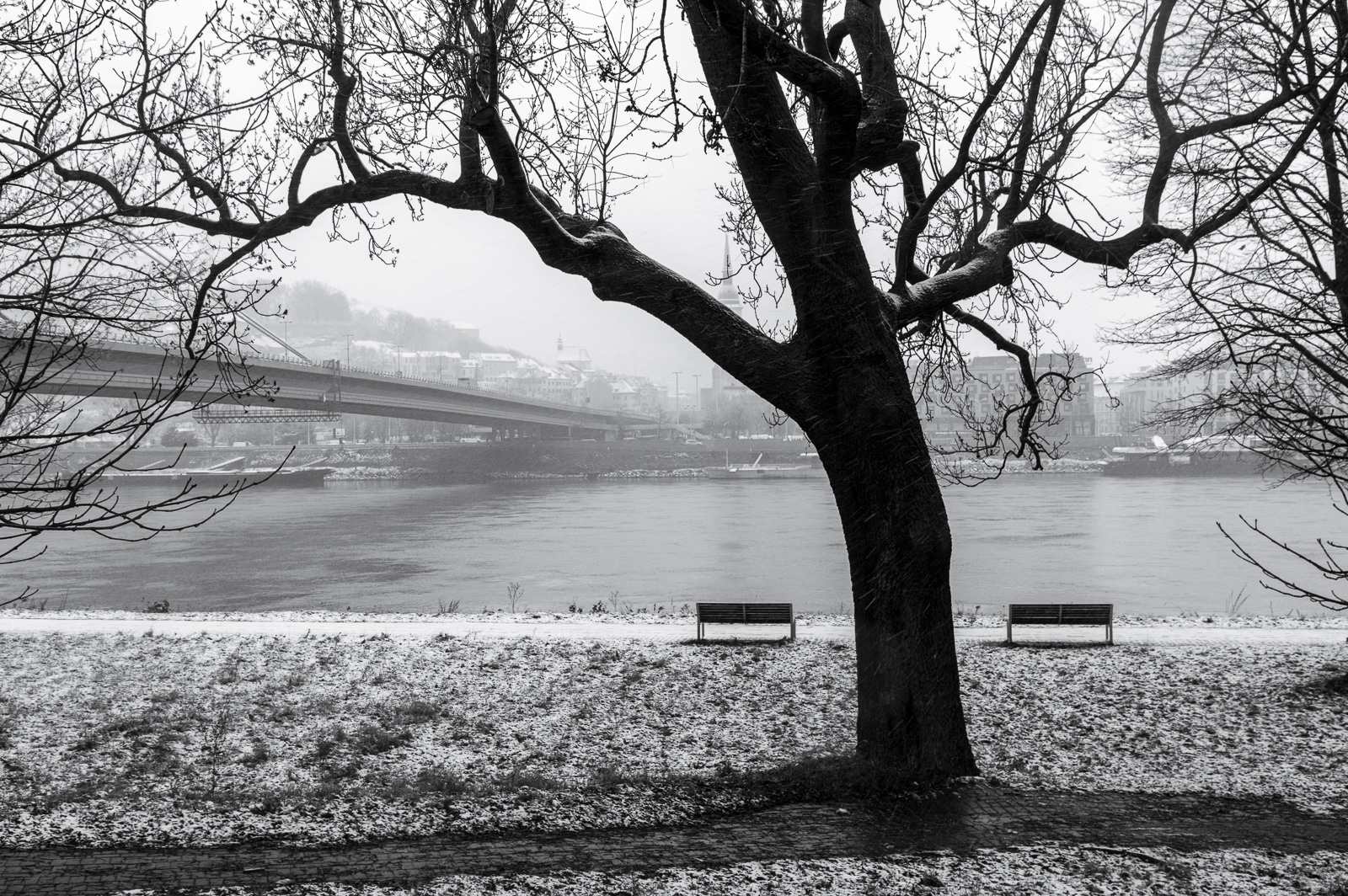 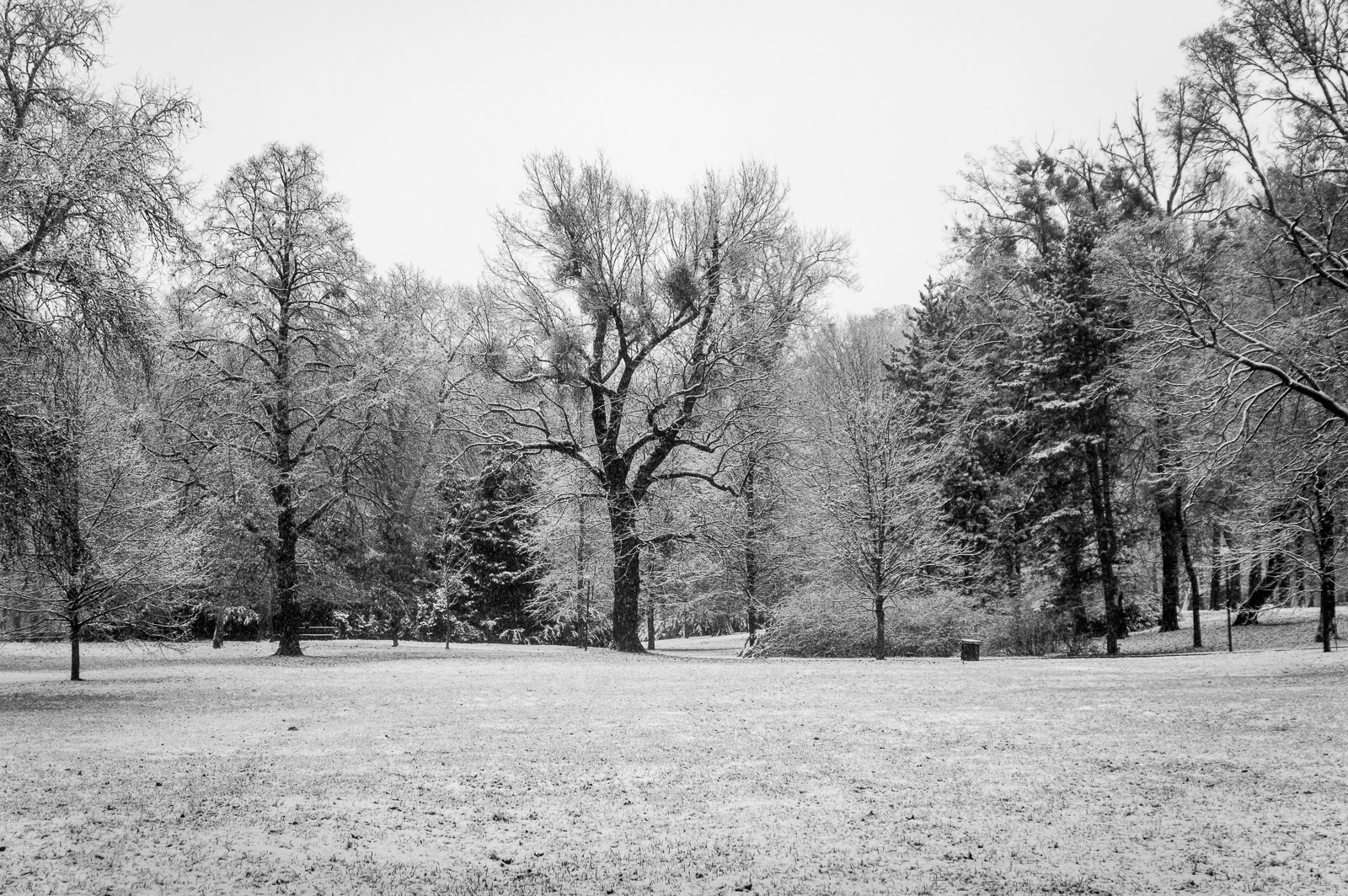 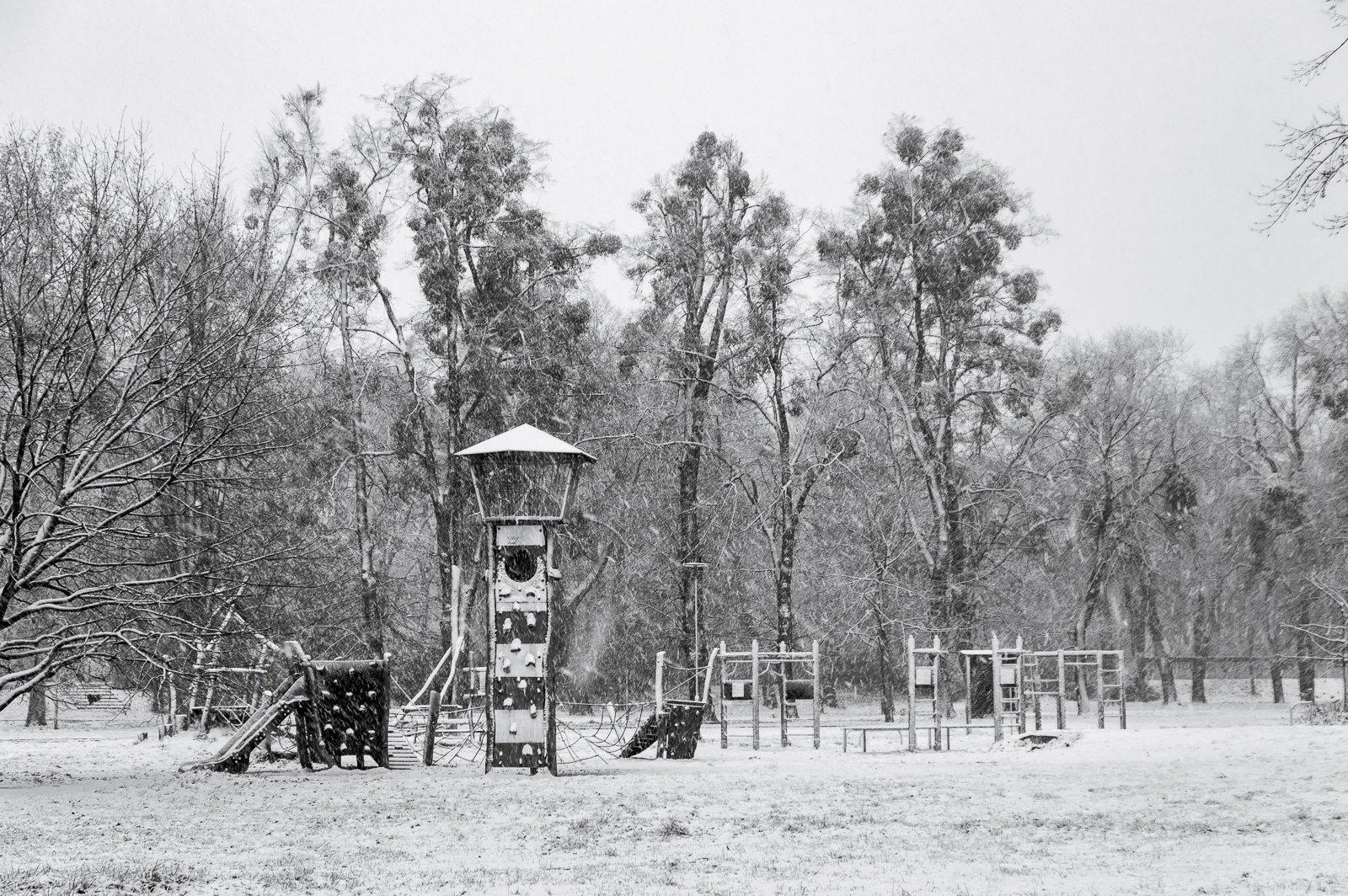 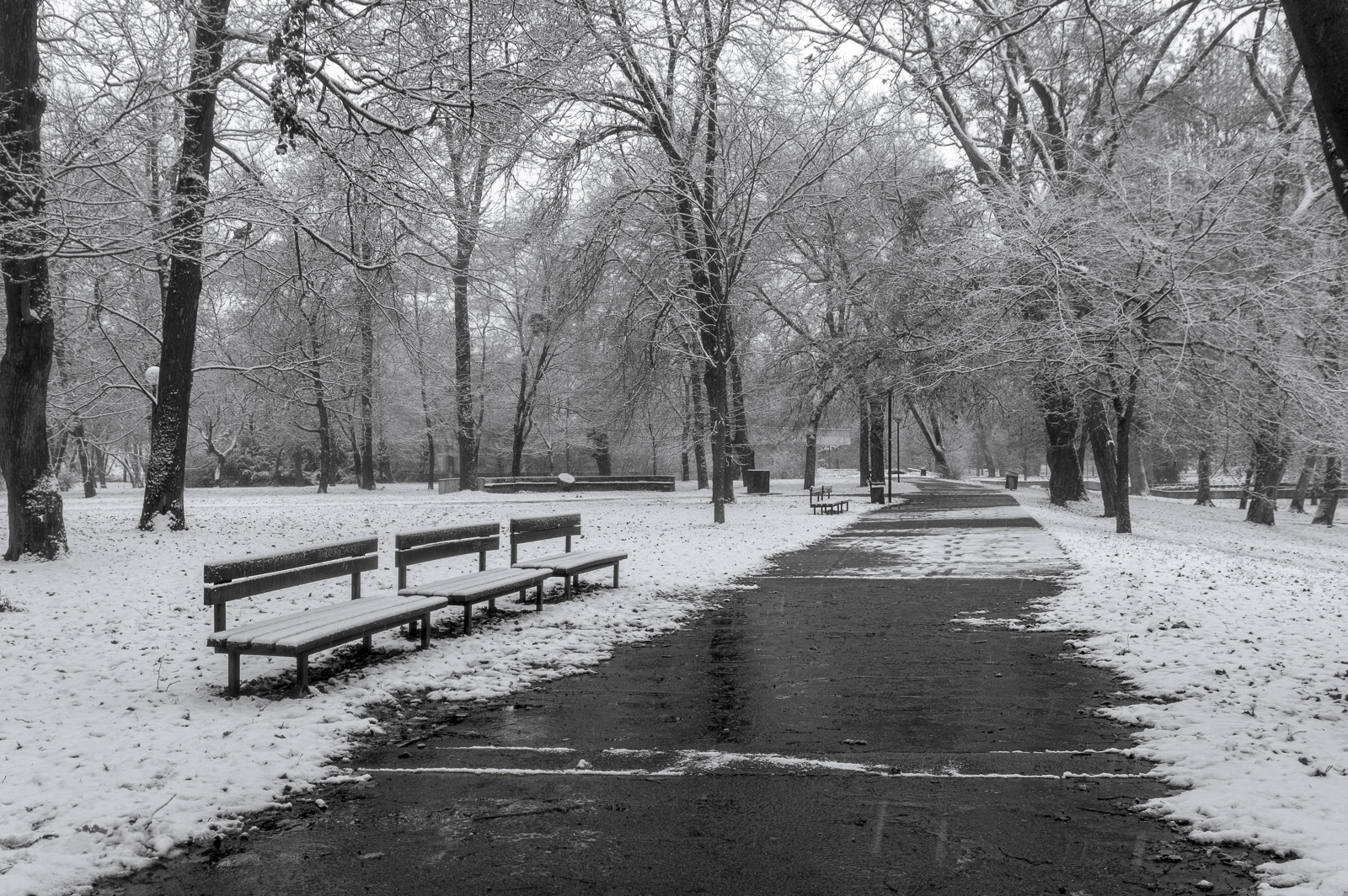 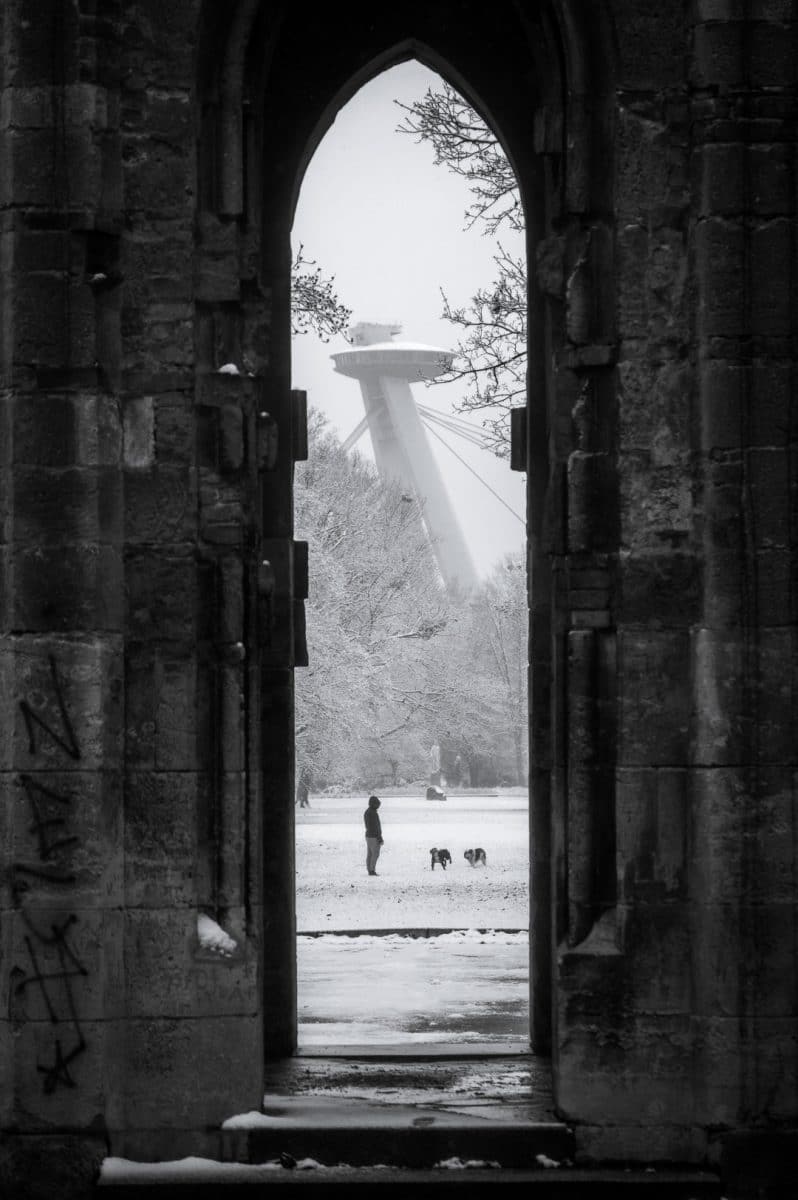 I cut through the old town, passing under Michael’s gate; dodging the first tourists of the day, I reached the cathedral of St. Martin. The church tower was sprinkled with snow, muting but not hiding the turquoise of the copper patina underneath. Not far, the Bridge of National Slovak Uprising was packed with fast-moving traffic. They call it the UFO bridge, because of the saucer-like restaurant that sits on top of its single pylon. The long pedestrian way shook and rattled under the passing cars. In contrast, the Danube beneath flowed serenely with its unstoppable momentum.

A freezing fog was covering Bratislava’s iconic castle, but I could still pick out the corner towers protruding from its silhouette. On the other side, the colorful residential buildings of Petrzalka had disappeared, giving the most populous borough of the city an eerie look.

By the time I got off the bridge, the snow had covered pretty much everything, and even though there were few tracks here and there, not a single person could be seen around. I strolled along the water, looking at the old barges that were permanently tied to the riverbank. One of them, was totally empty looking for a new owner, or perhaps a tenant. Unlike the rest which had been transformed into proper buildings housing hotels and restaurants, this one was totally stripped, no superstructure, no nothing. Its hull was dark, almost black, and had been sprayed with graffiti on the bow. The deck was covered in snow and only the yellow bollard tops stood out.

A block away, Sad Janka Krala—Bratislava’s most beautiful park—had long lost its vibrant grass. The snow kept falling, stripping out the colors and muffling every sound; I was searching for interesting patterns, but if the trees were trying to say something with their limb-like branches, I was unable to grasp it. I wandered on the park trails, enjoying the silence and stopping every now and then to get a shot, looking around in disbelief. No runners, no dogs, no squirrels, no one sitting on the benches. Time seemed to be still.

My eye got caught on UFO, which was creeping above the treetops like a real flying saucer. I had taken this shot ten times and always lacked something, but today, the moody weather gave it a different atmosphere. On the other side of the clearance, seemingly out of place, was a short tower, made of gray stone. Later, I would discover that it is the top section of a 15th-century gothic church tower that had been damaged by an earthquake. It looked a bit sinister and was decorated with quatrefoils, as is accustomed in gothic architecture. The six arched doorways that had once made it look imposing now made it look like a gazebo, which was exactly what it was. I circled around till I could see the iconic UFO through. I lifted the camera to my eye, and as I was getting ready to take the shot, a man with his two dogs walked in the frame.