On the craziest feast in Greece!

Mad max filming or an apocalypse scene? Just the Flour-war carnival of Galaxidi! 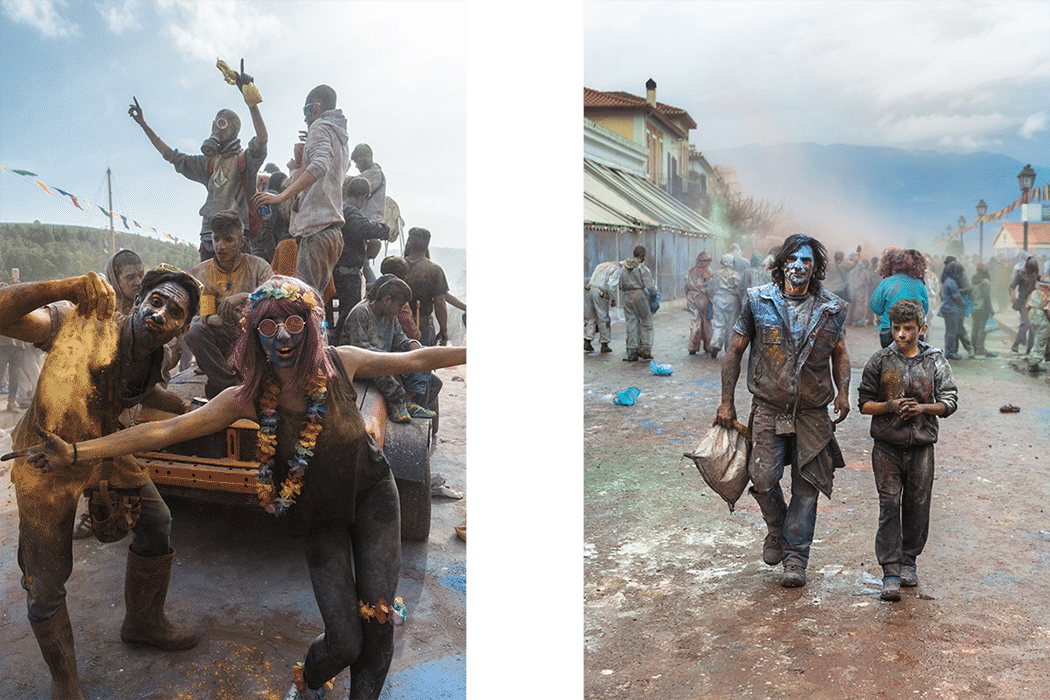 “Didn’t you get dirty yet?” A sweet girl asked me. Her features were barely distinguishable beneath the mix of color and flour, which covered her face and body. Then, full of vividness, she stained my face with the same colored mixture and in this way she made me a member of this mad carnival of Galaxidi. After that I had become one of the hundreds of revelers who participate every year in the flour-war carnival.

This was my first time in the flour-war carnival in Galaxidi, back at 2014. Since then I became a fan of it and I am a frequent participant in this crazy feast! A celebration where joy and fun are undeniable and all you need to participate is a carefree attitude and the mood to become dirty. Really dirty! 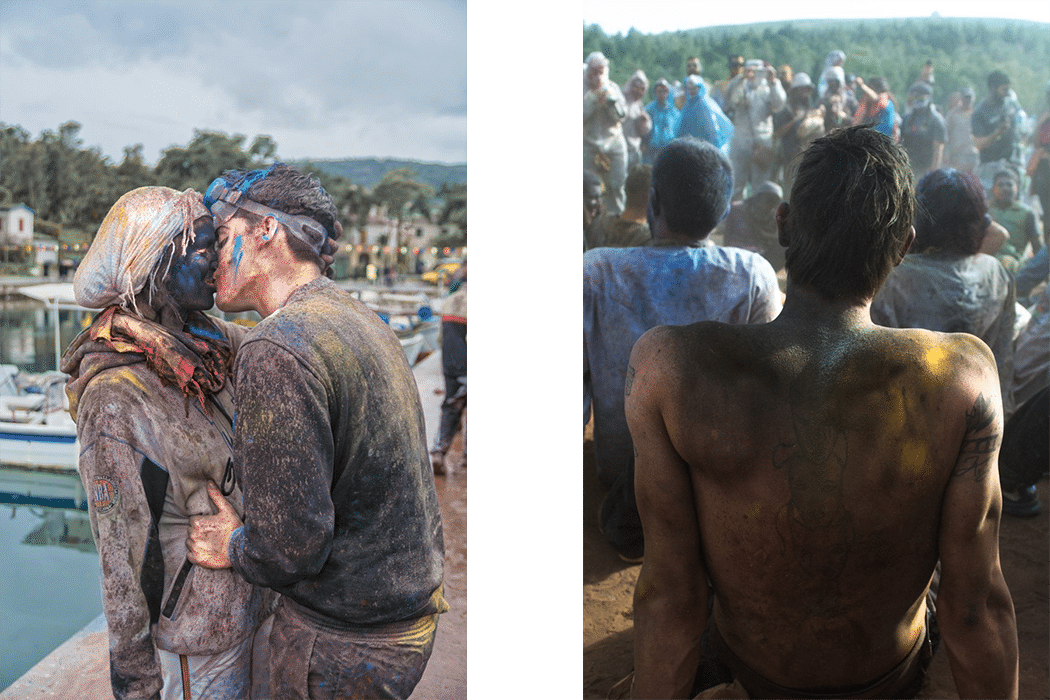 Galaxidi is a small beautiful seaside town on the Corinthian Gulf in central Greece. It belongs to the Phocis region, close to the cities of Athens and Patras. It is well known about its naval history and of course about its picturesque beauty, a very common characteristic for every coastal or island destination here in Greece.

But it is also well known for the “Flour-War”. Every year, on “Clean Monday”, a day that marks the end of the carnival season and the beginning of the Greek Orthodox lent fasting, locals organize this strange colorful feast that looks like a perfectly staged battle of a Mad Max movie.

In the case you want to participate, the scenario is very simple. Every participant should have a substantial amount of flour mixed with a variety of colors. Optionally one can wear a protective set of uniform and goggles, items that you can get from local stores when you arrive. But awesomeness is added when this uniform is a custom made masquerade. After that, you should wait until noon (about 14:00), when the first groups of revelers start marching in the central streets of the town. And that’s all! The feast have already started! Revelers start marching by dancing and throwing the flour mix to the air and to other revelers. Some of them are so well organized, that they have custom made cars!

When marching ends, revelers keep dancing and drinking around fires in some points of the coastal road. Music is being played out of big speakers installed along the street. They keep dancing and throwing colorful shots to each other until tiredness and alcohol gets them. And this doesn’t happen earlier than late night! 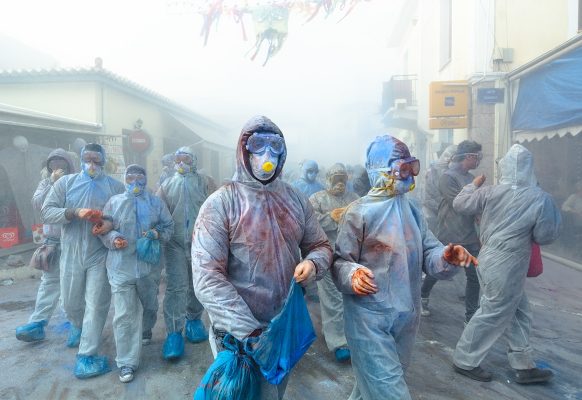 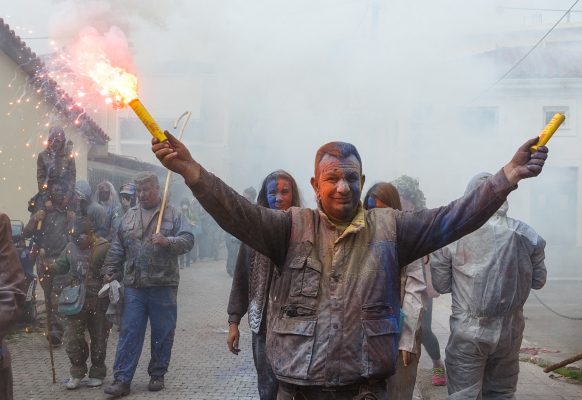 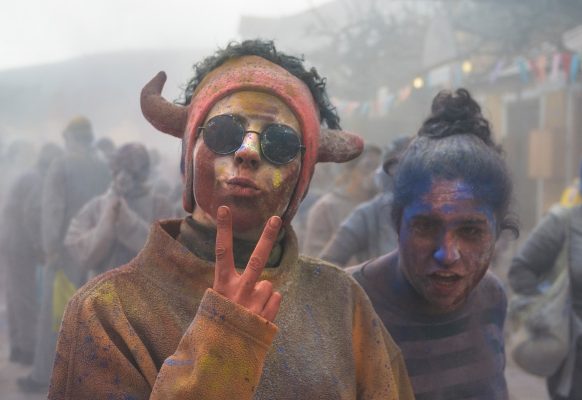 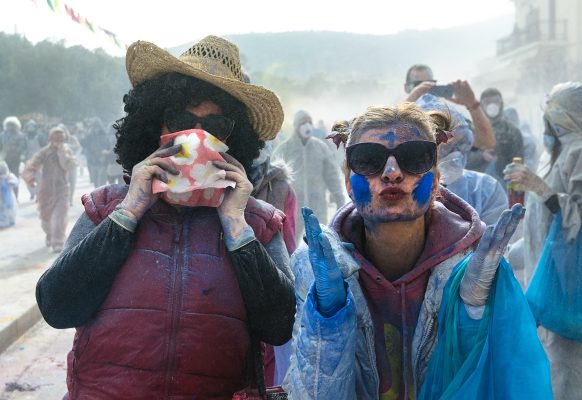 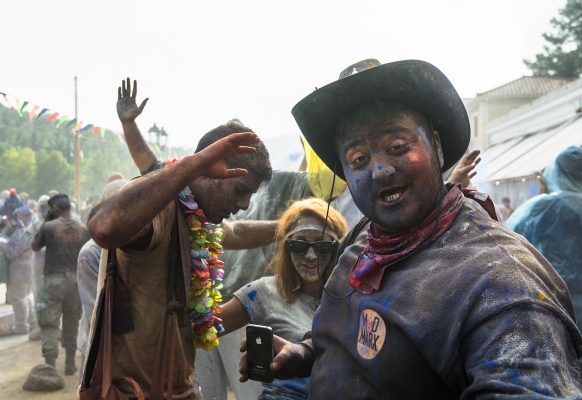 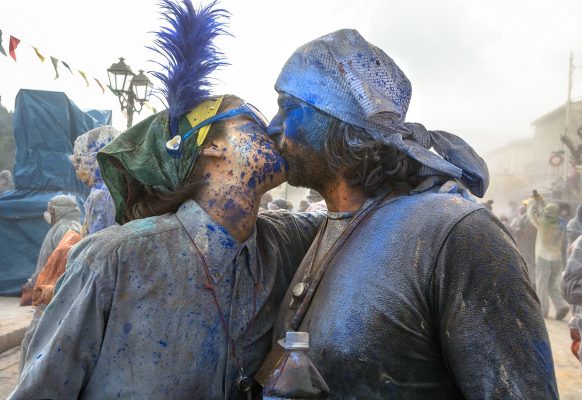 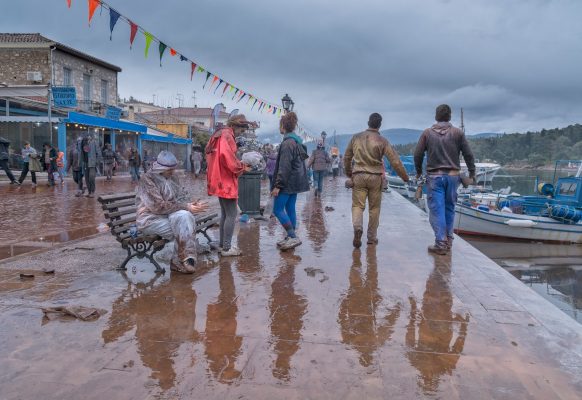 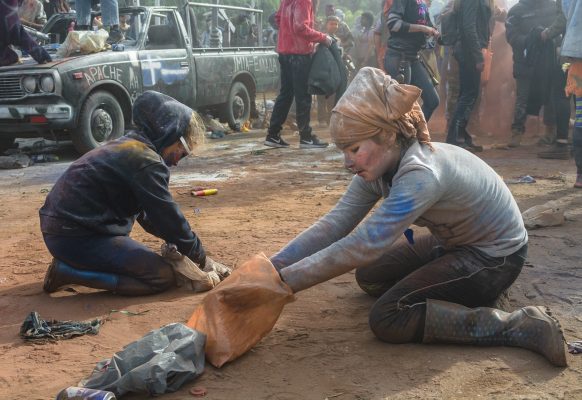 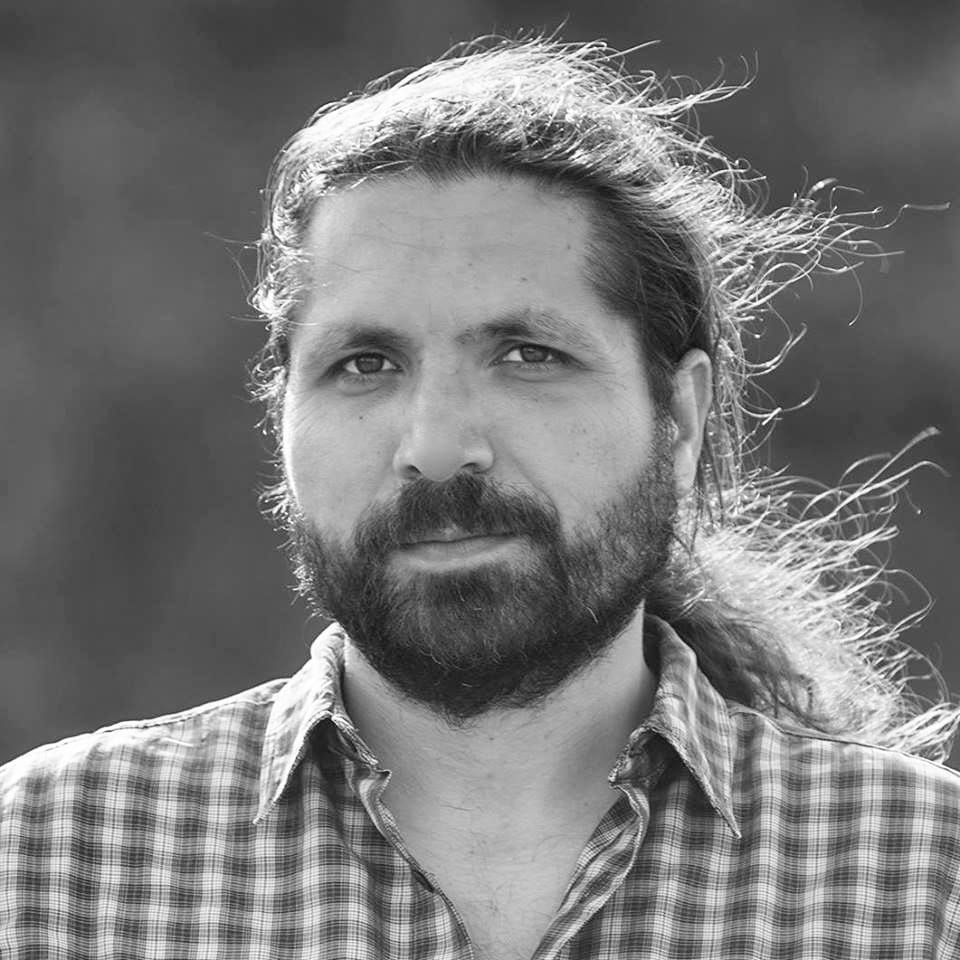 Born and raised in Agrinio, Greece.
Computer engineer & Photographer. I work as an educator on both fields.
I like, photography, travel, hiking…