Atalanti is one of the most popular trails in Cyprus

Atalanti trail is the second highest in Cyprus after Artemis and one of the most beautiful on Troodos Mountain. Cyprus may not be a popular hiking destination but truth is that it has some excellent trails extending from easy to moderate difficulty which are perfect for families and people who want to have some fun walking out in the nature but without pushing the envelope.

From all the trails on the island, Atalanti is maybe the most ideal, since even though it’s not a small one—it’s around 14km long, it is relative flat, doesn’t have any particular difficult or dangerous sections and still will reward hikers with some amazing views while being isolated enough to give the sought after feeling of serenity that we all are looking for when we spend a day outdoors. There are other great trails on Troodos which are circular but they are a bit more demanding with the exception of Artemis.

The fact that it is circular, is a great benefit since no special arrangements have to be made in order to hike it. The starting and finishing points are near Troodos square—the most famous spot on the mountains of Cyprus.

The entrance to the trail is after the CYTA (telecommunications agency) building to the left. Atalanti is one of the few trails in Cyprus with accurate and frequent signage—not that it’s complicated to follow anyway. The trail goes around the summit of Olympus — which at 1952m, is the highest on the island and shouldn’t be confused with mount Olympus in Greece — following a clockwise direction through a forest of pines, cedars, and junipers. Among them the eternal Troodos juniper (Juniperus foeditissima) which the locals call “invisibles”. Some of these trees are more than 500 years old. 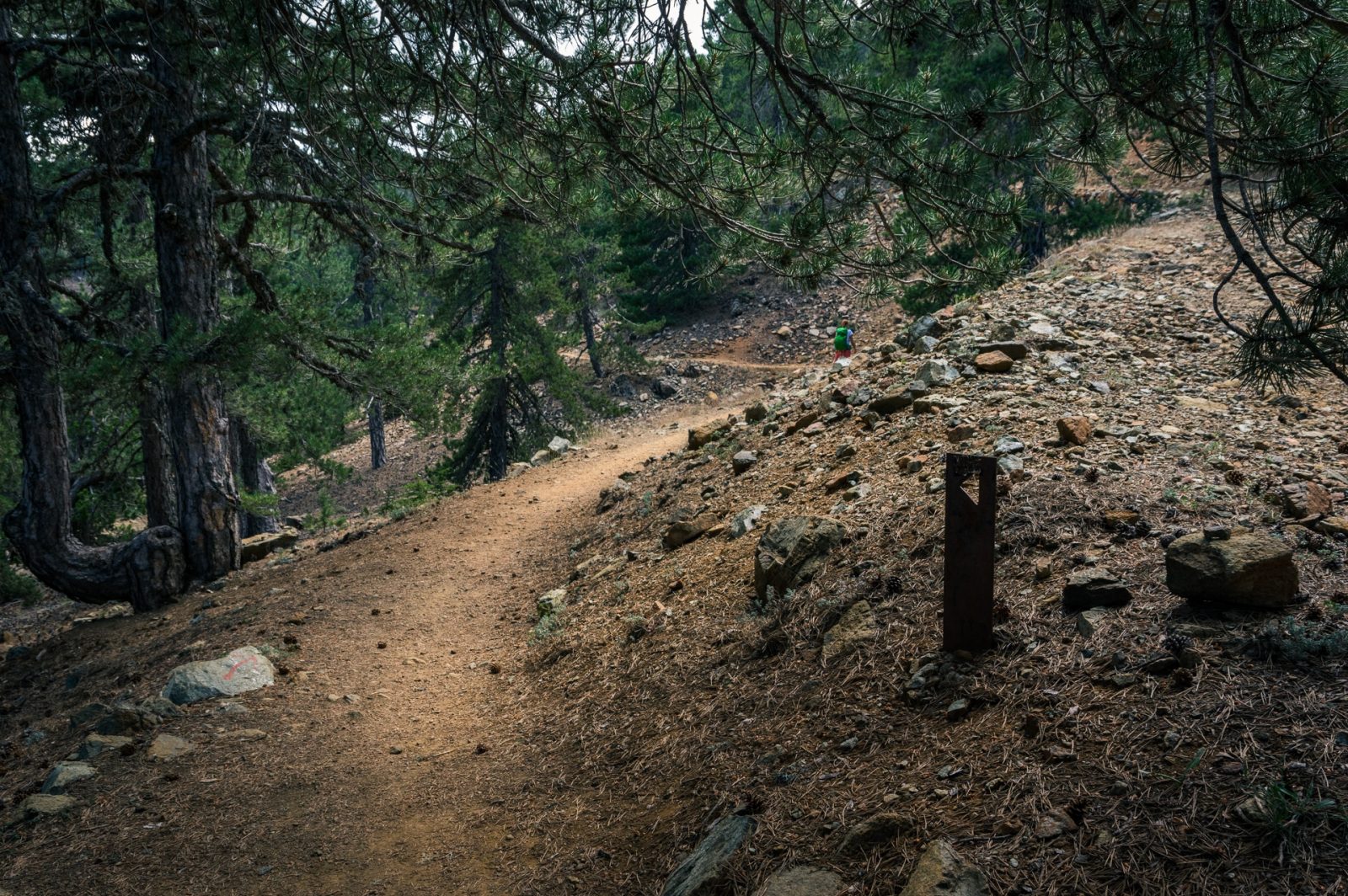 Somewhere around the 3rd kilometer is a stone water tap but I would advise to carry your water from the beginning anyway. The route continues east for a bit more before turning north. The next point of interest is Hadjipavlou chromite mine which used to work in the fifties and early eighties. Chromite is the ore from which chromium is extracted and has various uses, the production of alloy metals being one. The mine’s half collapsed entrance is next to the trail and in case it’s not obvious already, it’s not safe to go in there.

Continuing on the trail, we kept admiring the views to Troodos towards Pafos, the most isolated and wild part of the mountain line. One interesting feature of trails in Cyprus is that the forestry department places small tags along the trail next to several flora and rocks, with their name and some useful information about them.

After the 8th kilometer, the trail starts turning to the west towards the Prodromos-Troodos road. This section is my favorite and the views to the north, the most beautiful I think.

After crossing the road, the trail ceases to be that flat and for the last 4 kilometers its elevation fluctuates a bit as it turns south to the finishing point next to a parking lot near Troodos square.

Overall a very pleasant and relaxing trail which takes around 4 hours to be completed. Perfect for beginners (would you like to read our hiking guide?) and ideal for more experienced hikers who want to have a relaxing day. 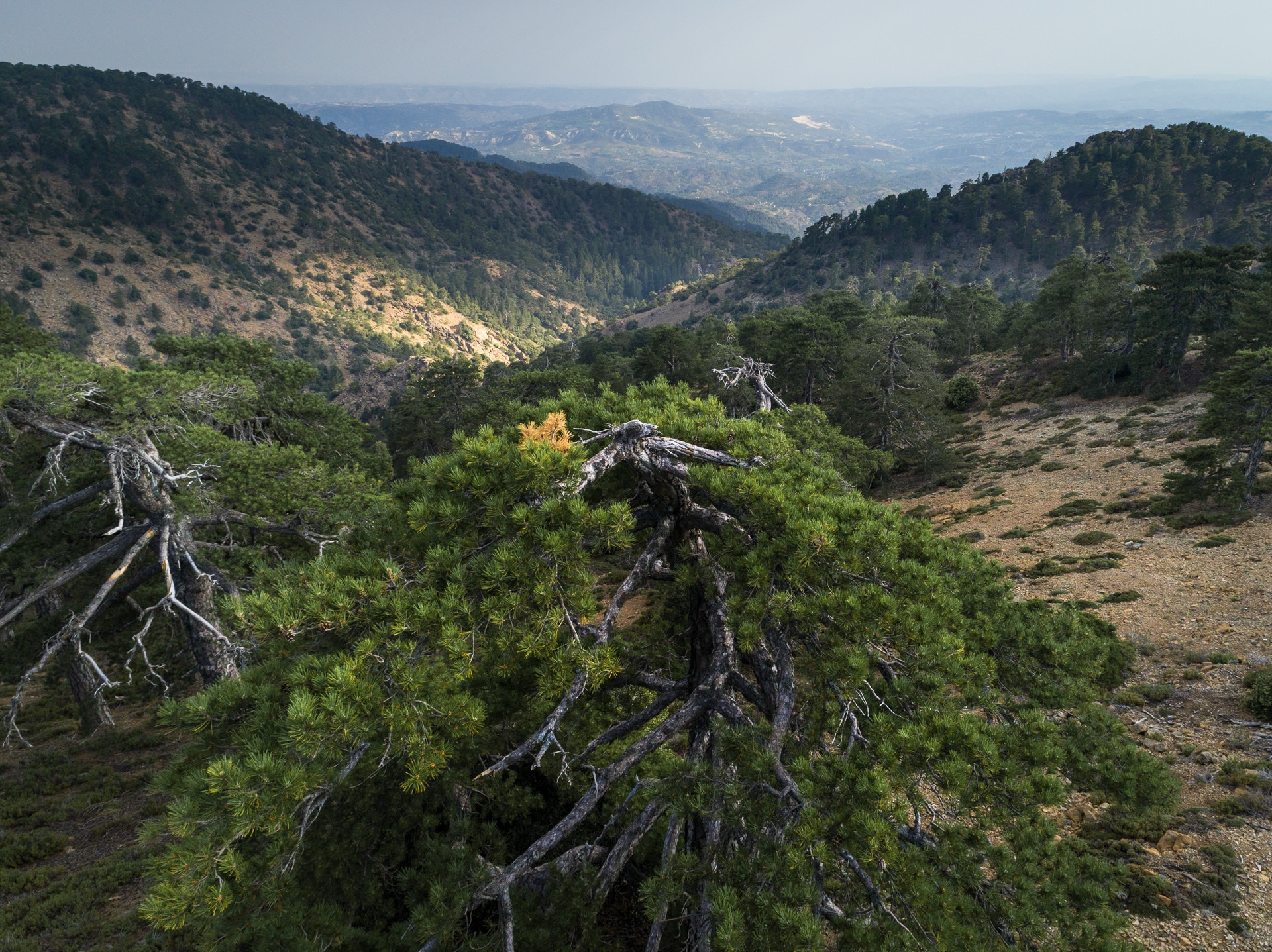 The Myth of Atalanti
Atalanti is a Greek mythology character who is present in at least two myths according to which she was an expert huntress, the only female Argonaut (crew of Jason’s mythical ship Argo ) and the fastest runner among mortals.

One of these myths says that see took part in the hunt of the Calydonian Boar which she killed with Meleagros (the king’s son) and won the competition.

According to another myth she refused to get married and wanted to remain pure and loyal to the goddess Artemis. Her father accepted that, under the condition that if anyone challenged and won her in a race, she would have to marry him. Goddess Artemis helped a man named Hippomenis by giving him three golden apples which he used to distract Atalanti during the race and won. Atalanti kept her promise but the romance didn’t last. They both got turned into lions by one of the gods, as a punishment for making love in a temple.

When is the best time to hike Atalanti

Autumn and spring are ideal for hiking Atalanti because of the mild temperatures but it is open all year round, so as long as there is no thick snow (snowfalls are usually in January and February) you can go for it. Beware of the high temperatures in the summer, if possible start early in the morning or later in the day to avoid the big heat. Last time we went in July and preferred to start around 14:30 since the sun doesn’t go down before 20:30 at that time of the year.

How to Get to Atalanti Trail

By car through Limassol or Nicosia (when the distance is similar, I prefer the Limassol way because I don’t have to get in the city).

If you are in Pafos, like road trips and don’t mind narrow snake roads, the route from the west side just before Polis Chrysochous through Peristerona, Lysos, Stavros tis Psokas and Kykkos monastery is perhaps the most beautiful road in Cyprus. It will take double the time but it’s worth it.

If you don’t have a car, there is a bus from Limassol arriving at Troodos square around 11:00 and leaving back by 16:30. 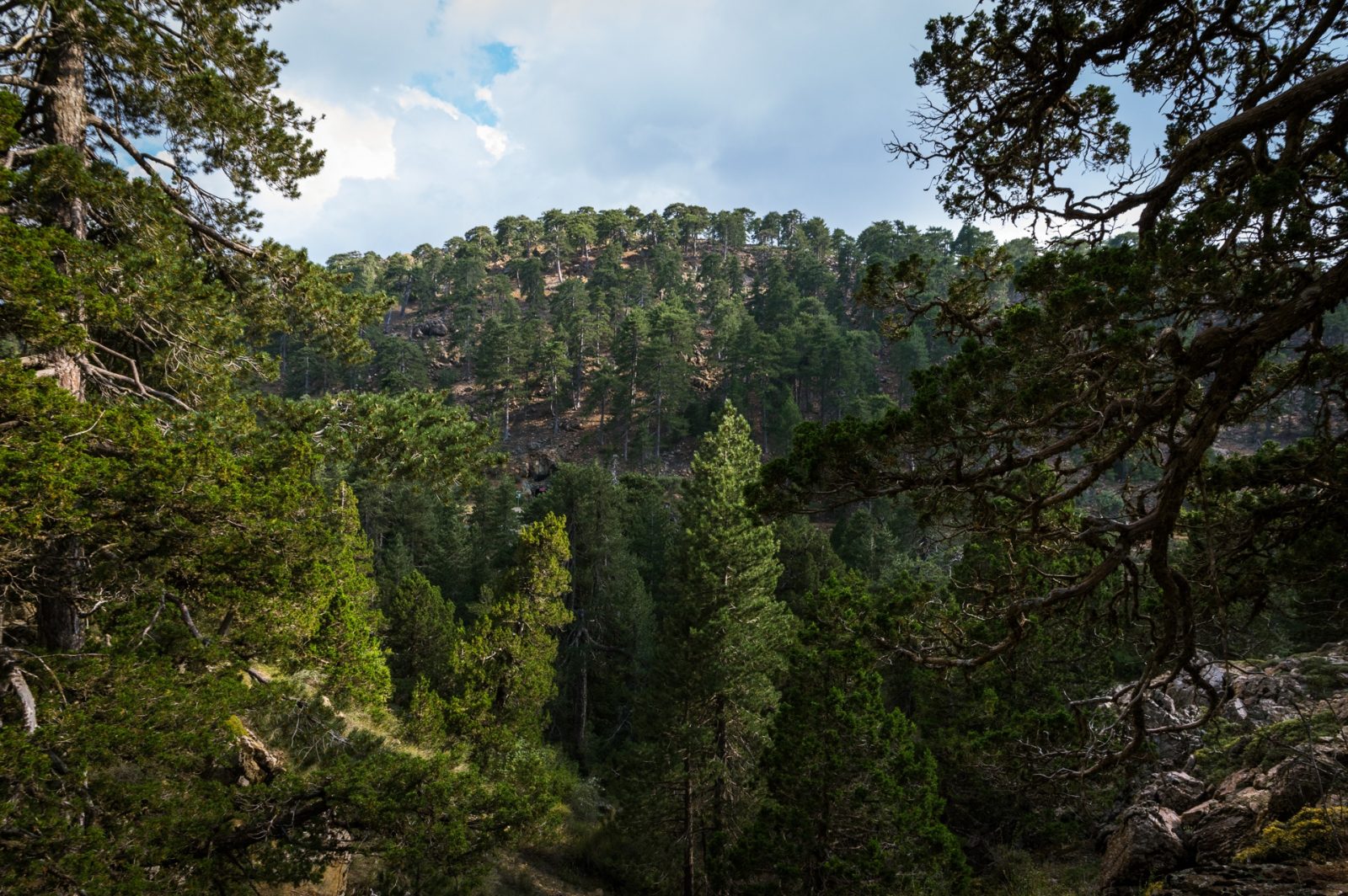