Deep in the heart of Cyprus and away from its blazing coastal line, the luxuriant forest of Machairas thrives against the arid climate of the subtropical Mediterranean island. Especially known to the Christian world for the homonymous monastery that was built there in the 12th century, this eastern part of Troodos mountain range is uniquely beautiful thanks to its biodiversity, courtesy of the island’s two biggest rivers— Pediaios and Gialias.

During the liberation war (1955-59’), the place was used as a hideout by the local guerillas who were trying to avoid the British troops; a testament to Machairas’ wilderness which remains pristine to the present day. Naturally, there is no better way to explore the region than hiking. The most popular route is Kionia – Profitiis Ilias, a small linear trail 7km long (4 miles) that definitely ranks among the three most beautiful in Cyprus.

The official starting point is at the Kionia picnic site (1240m) right on the narrow country road that snakes from Vavatsinia village to the monastery. If you, like me, prefer to hike the uphill first though, there is the choice to set from the other end of the trail — another picnic site by the old and abandoned monastery of Profitis Ilias(700m), outside the village of Lythrodontas. To get there, you have to drive on a dirt road for 5km but it’s not too bad. Most cars should be able to tackle it except for the very low rides. This route is also the best for people prone to car sickness.

To find the trail, climb the stairs of the small picnic site and walk around the old abandoned building. There, will be a steep dirt road that goes uphill and has a small E4 sign. This trail is part of the European long-distance trail consequently the signage, which is OK but not great by the way, reads E4. Thankfully, the path to Kionia is pretty straightforward and well maintained, so getting lost is almost impossible.

The path initially runs along the south slopes of the small hills before crossing the ridge to the north. Consequently, you get to admire gorgeous uninterrupted views of both Larnaca and Nicosia regions. As for the elevation rate, it’s smooth with only a few ups and downs for the most part. Initially, there are no big trees thus not much shade, at least not for the first fifteen to twenty minutes before getting deeper into the forest. Something that hikers have to take into account, especially for the summer.

The woods are dominated by pines and conifers in general, but you will also come across terebinths bearing their vivid red fruit, golden oaks which are very common in Cyprus, and hawthorns which yield a small yellow, mildly sweet berry with a characteristic astringent after taste (you will find them from October to early December). Higher up the trail, you’ll encounter laurels (their leaves are great for roasts when dry), and even planes and maples near the streams.

At some point, you will see a radar dome sitting on the highest peak of the area. That peak is Kionia and the trail leads to its picnic site which lies at its base. At the end of the fourth kilometer (2.5mi), there is a clearance with a couple of benches great to take a break and catch your breath. Ten minutes after that, you will find some stone pits where people used to make coal. There, you can either go right and keep walking along the small wooden railing, or go a few meters further up towards the cement construction and follow the E4 sign to the right. Both ways lead to the same spot, not far away from there.

This is a bit more confusing when you’re coming from the Kionia side because of a red dot painted on a tree that leads to the aforementioned railing. If you follow the dot, at the end of the downhill, you may see the small sign prompting you to turn right again but that will just take you back. You have to cross the railing and go left. If you don’t follow the dot and use the other side of the loop, you just keep descending from the right side of the railing.

The next section takes you along a cliff (nothing too exposed and the path is always wide enough) with a couple of beautiful viewpoints. Great locations to shoot some photos but could prove dangerous if you get carried away and start climbing rocks in order to get the perfect selfie. After that, it’s a matter of ten to fifteen minutes till you reach the finishing point. The picnic site is built amphitheatrically on the slope above and bellow the road and has tens of marvelous solid wood tables and benches, great for a break and maybe a quick lunch. On average, it takes around two and a half hours to Kionia and one hour and a half to get back. Sometimes, there is water in Kionia and some not, so you should definitely pack your own water, especially in summer. 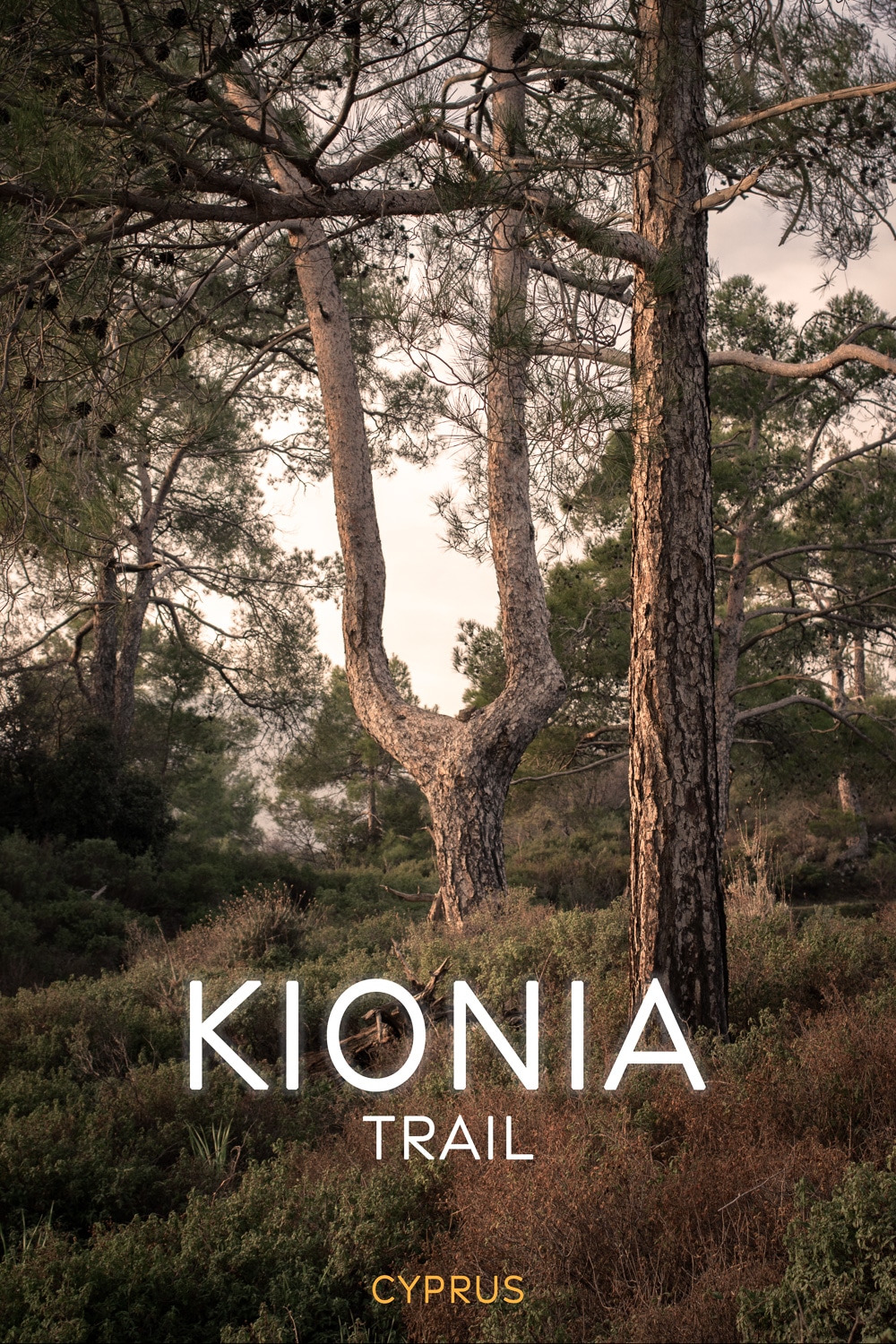