Jasna is Slovakia’s biggest and most renowned ski resort. Like all winter spots, it has a distinctive festive coziness which I like, so me and Veronika decided to spend three days there as part of our last winter escape.

Having grown up in a Mediterranean country, I will always be impressed by northern lands with cold winters and lots of snow. Therefore I love winter destinations and try to visit at least one each year.

Jasna’s slopes (50km of them) are spread around Chopok—Low Tatras’ second highest peak. It has the reputation of a place with excellent facilities but reasonable prices. Both are true, especially the latter compared to neighboring Austria and other European countries famed for winter tourism like Italy, France and Switzerland. During summer, the resort remains open, serving as a base for the extensive trail network of the area.

Starting from a small village called Valaska, we drove for an hour to the city of Liptovsky Mikulas. From there, the fifteen minute scenic drive to Jasna through Demanovska valley, was a pure joy. The high fir trees on the valley sides were powdered with snow and long crystals were hanging from their needles—winter bliss.

Our hotel was on the side of the main road next to a stream that was coming down the mountain. As soon as we unloaded the car and found our room, we immediately headed to the hotel’s cafeteria for hot tea and to meet two friends who would accompany us there. A brief look at the resort’s map revealed that most of the slopes were on our side of the mountain (the north one) with fewer and mostly black pistes (high difficulty) on the south. Naturally we agreed to stick on the north side.

High and Low Tatras in a single shot

Next morning we woke up early to avoid the crowds and after a quick breakfast we put on our ski boots and took the hotel’s shuttle to the resort’s base which is at 900m. The lad who drove us was a young British whose driving was as enthusiastic as his talk about winter sports. When we arrived, there were skiers coming down the mountain already.

A couple of easy slopes got the rust off and we were ready to take the lifts all the way to the top. Chopok is a spectacular peak with amazing views to the majestic High Tatras at the north and the rest of Slovakia to the south. Hotel Rotunda on top of it is the highest hotel in central Europe (2004m) and its cafeteria offers a 360° view. It’s unbelievable to sit on a table and have your coffee while a cloud layer covers everything underneath the window, giving the same feeling like when you fly in an airplane.

The visibility changes all the time up there, so after half an hour when the sky got clear I was able to set my tripod and shoot some pics of the impressive south side of High Tatras which was entirely covered in snow.

For the way down, I gave my heavy backpack to my friend Feri, a much more experienced skier who was a safer choice to get the gear from 2000m to 904m in one piece than me. Talking about the descent, it is a long one with several sections of intermediate and advanced difficulty. If we would have tried to do it non-stop, it would be very difficult endurance-wise so we decided to do it the Slovak way. Ski for five minutes, stop at a bar, have a shot of slivovica, then ski for another five minute stop again… well you get the idea. 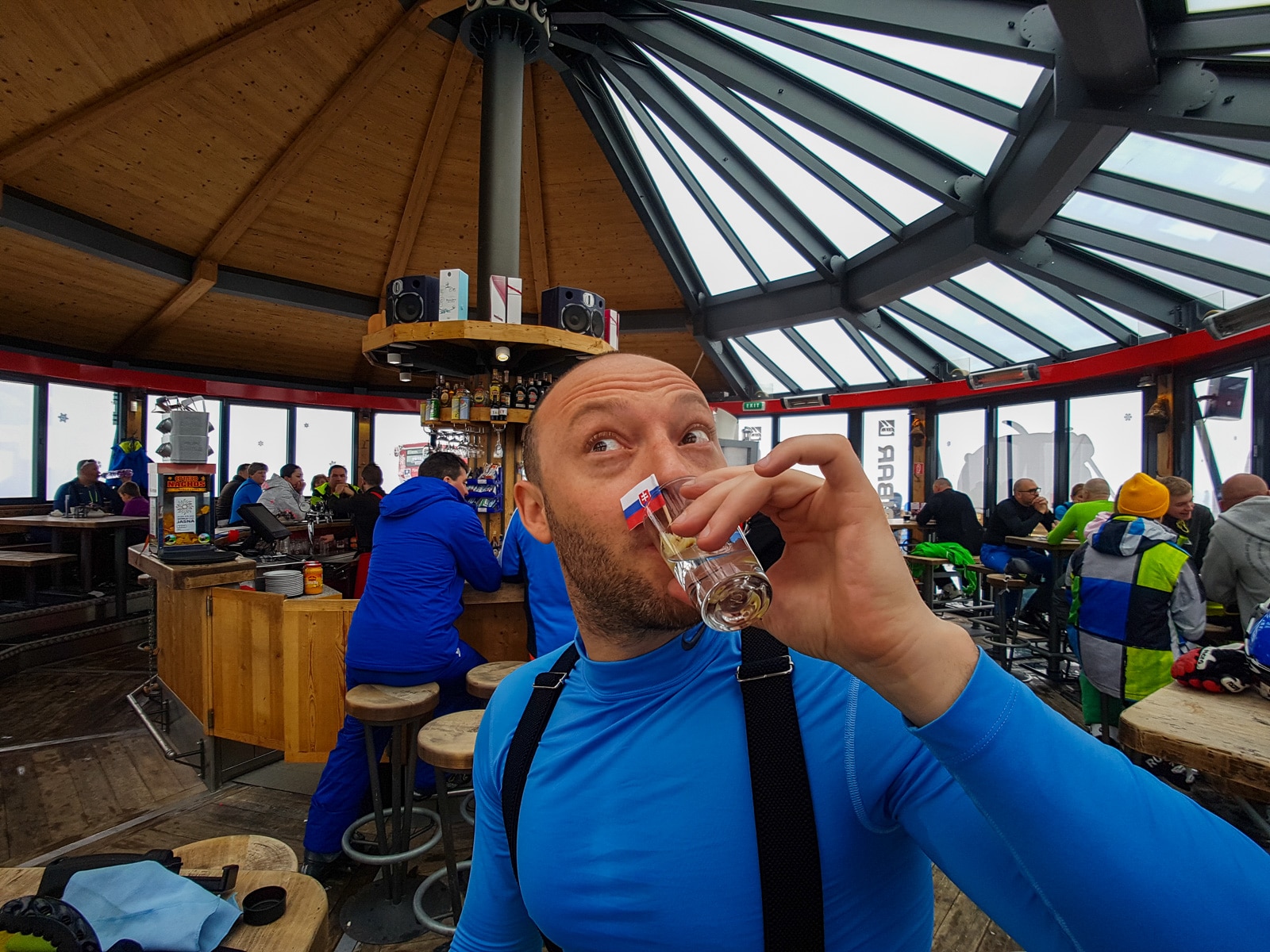 When we eventually got down to the start, it was time for lunch. A nearby koliba (traditional Slovak tavern) was exactly what we needed for some hot Kapustnica—the traditional soup made of pork and sausage which except for being delicious it also warms you up and keeps the alcohol from hitting you on the head. If this is not the Swiss army knife of foods, then I don’t know what is.

The rest of the day went smoothly except for a minor incident in which I was late for the ski chair, almost sweeping everybody off their feet. A last drink in a nearby hotel’s après-ski lounge was the perfect ending of a beautiful day. 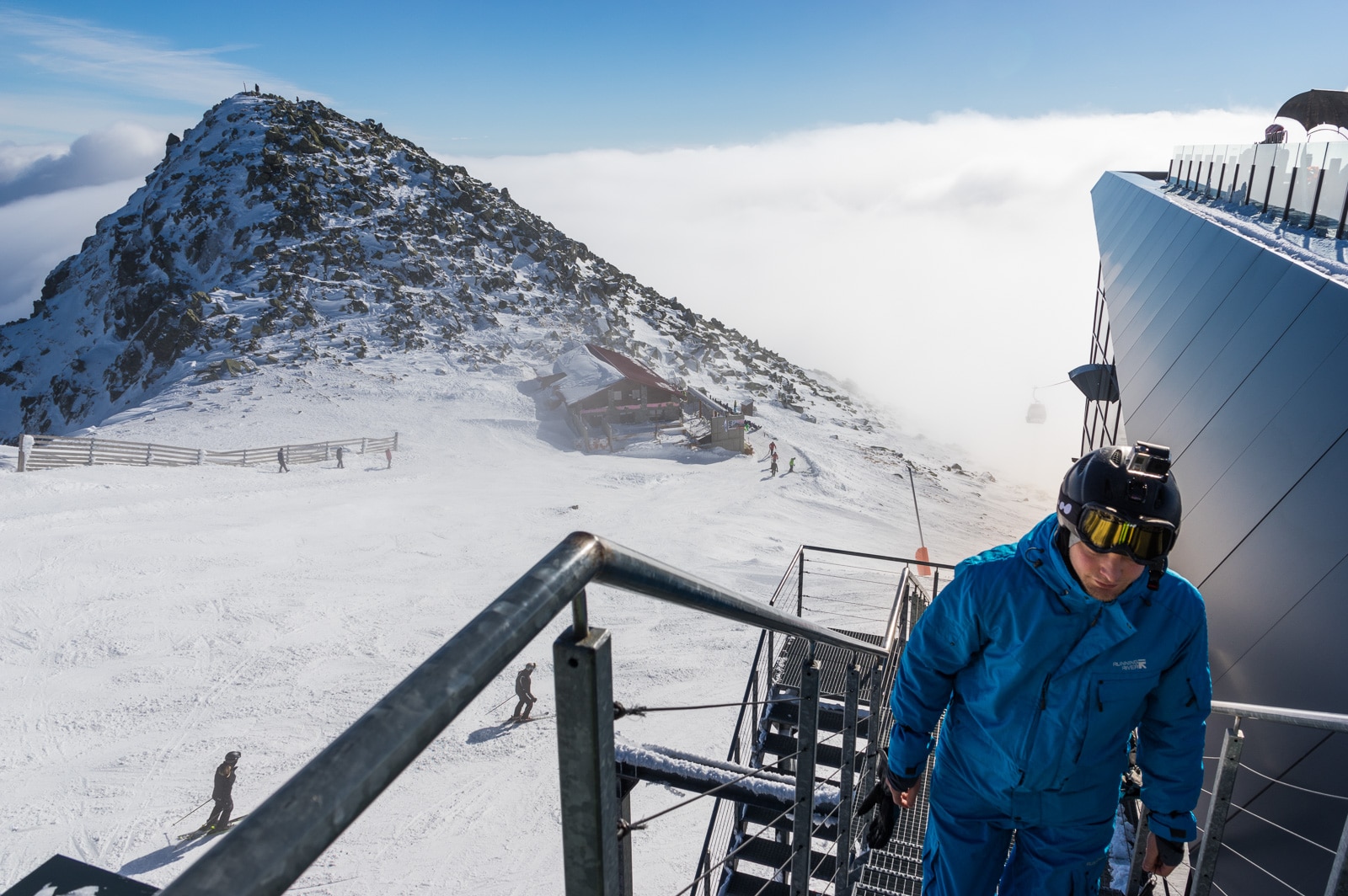 All in all, I can say we had a blast in Jasna and the slopes were in perfect condition every day. Jasna can be very busy but even during the weekend the lifts managed to move the crowds efficiently and we never had to wait for more than two or three minutes which was quite a feat. Last but not least the cost was down to earth. In some countries skiing is considered an upper class activity but fortunately not in Slovakia where practically every village has a slope next to it. Even though Jasna is the most expensive ski resort in Slovakia still a prepaid daily pass (you can book here) will cost around 35€ for high season, the accommodation around 70€ and there are many good places to eat for 10€. Not bad at all. 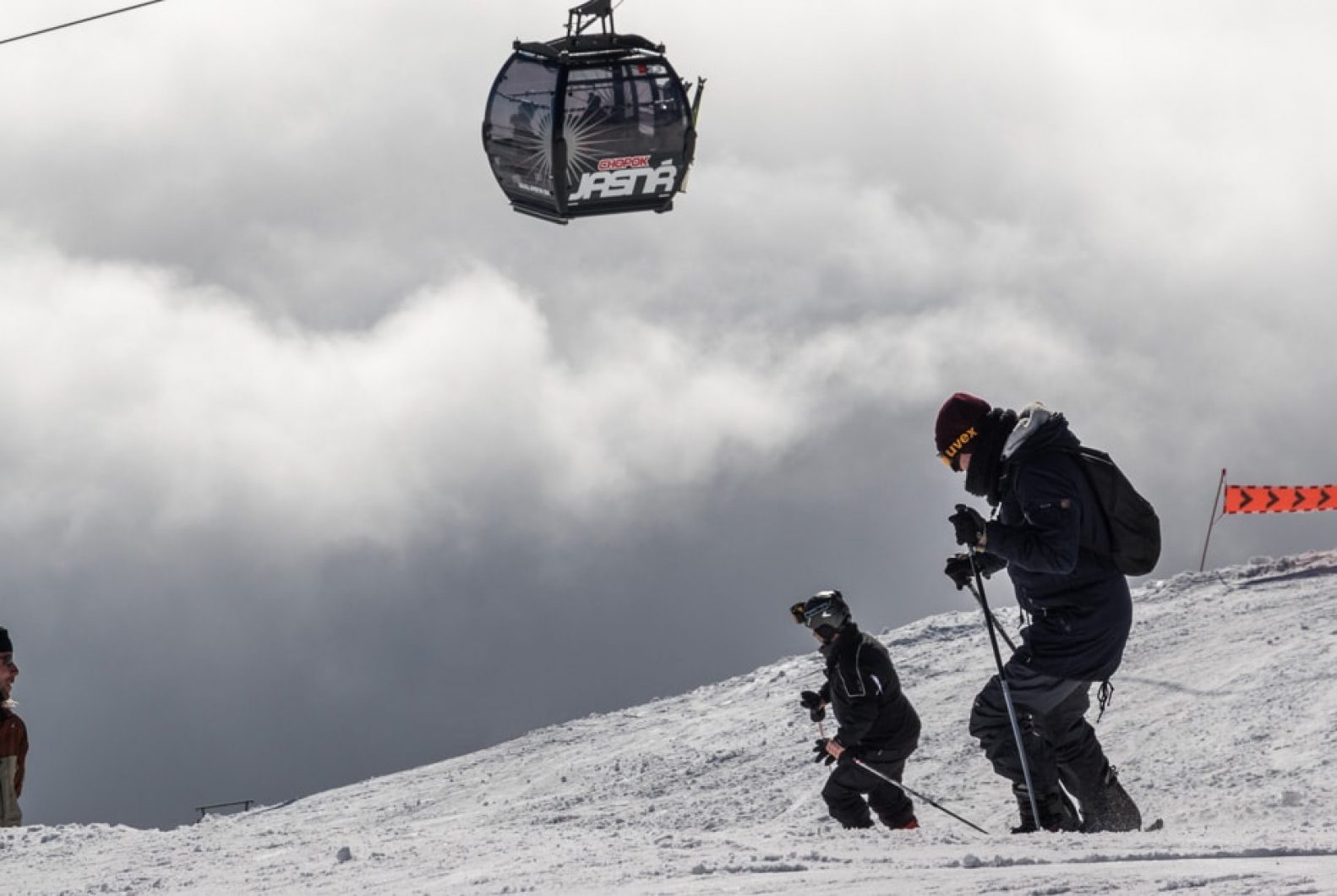 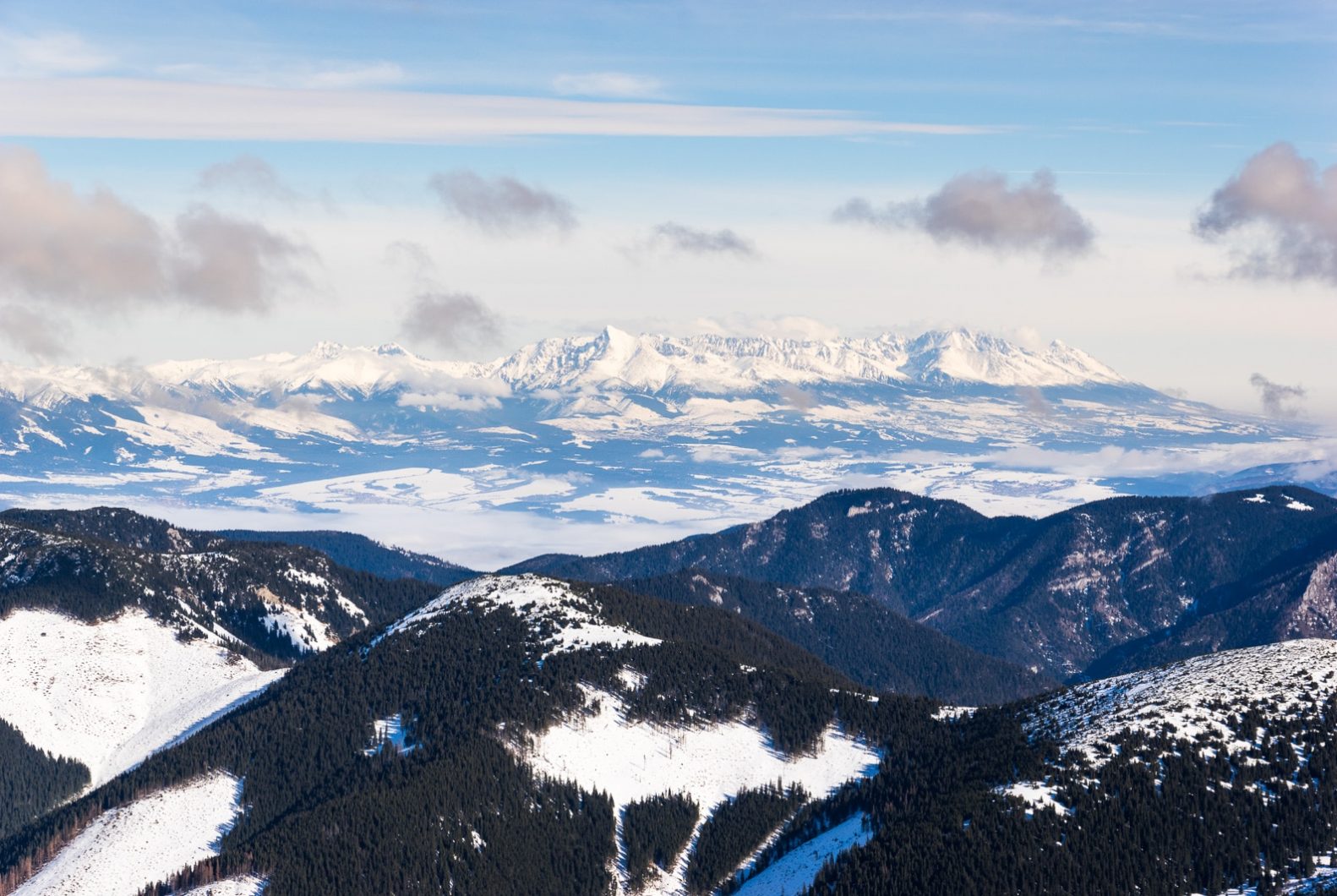 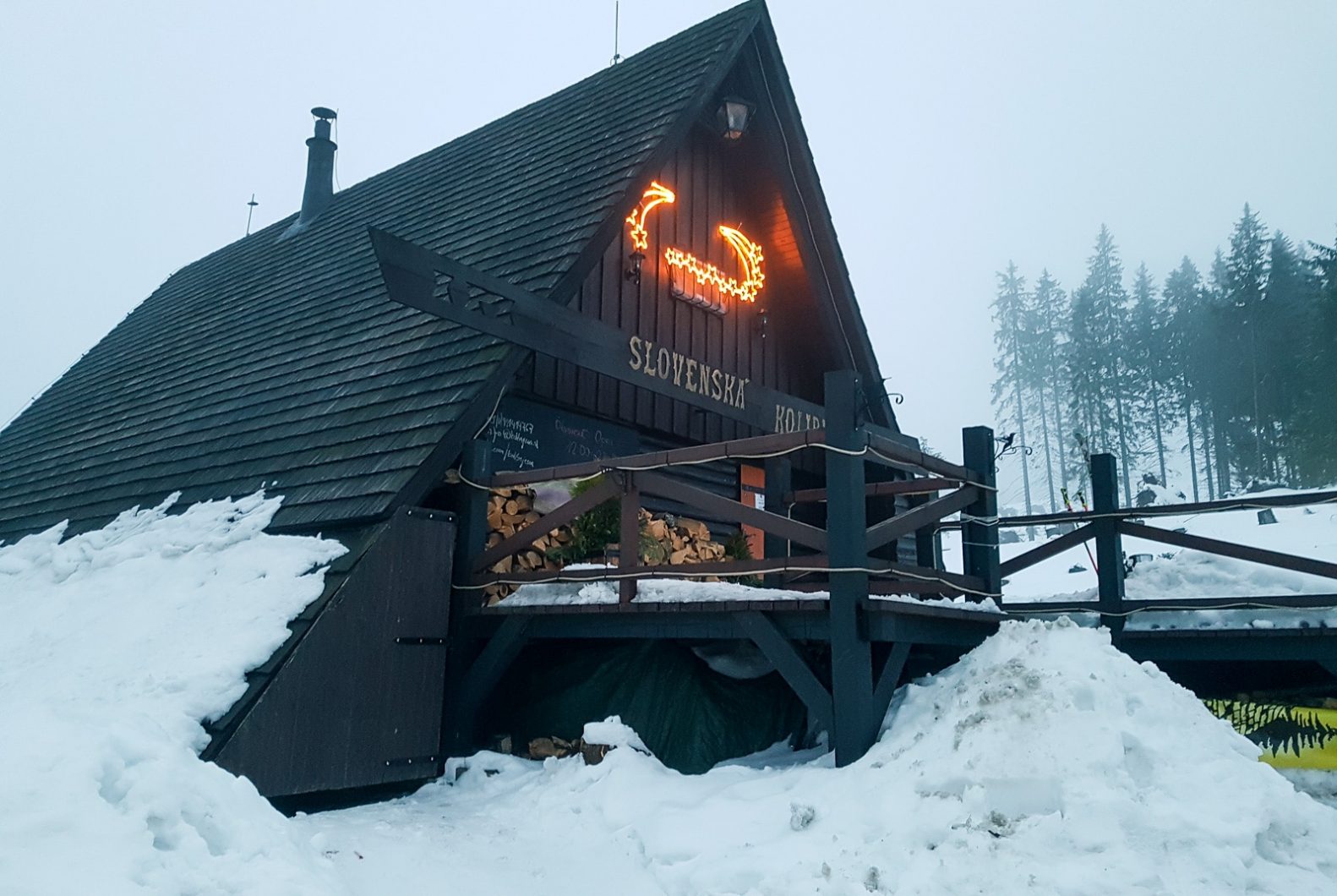 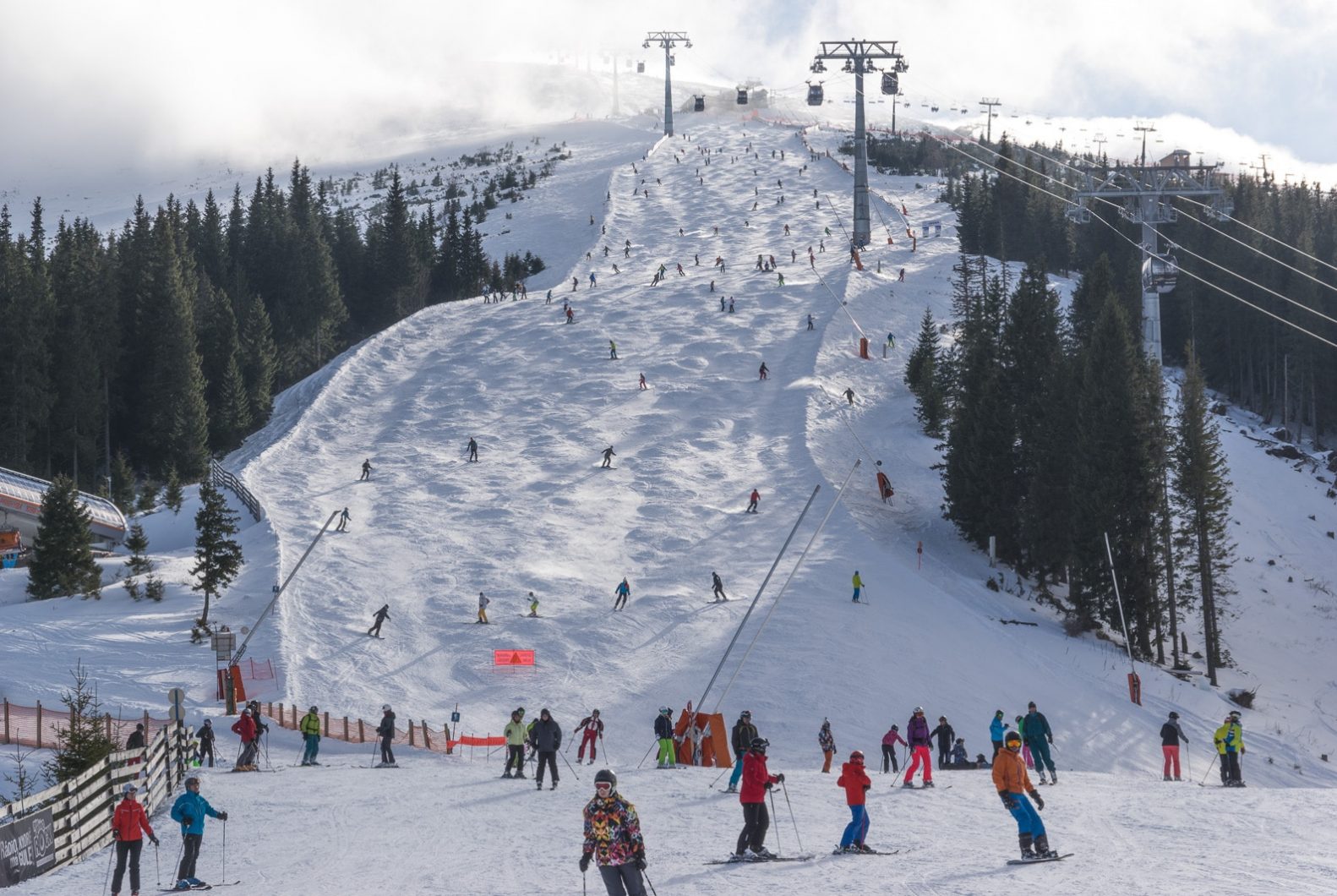 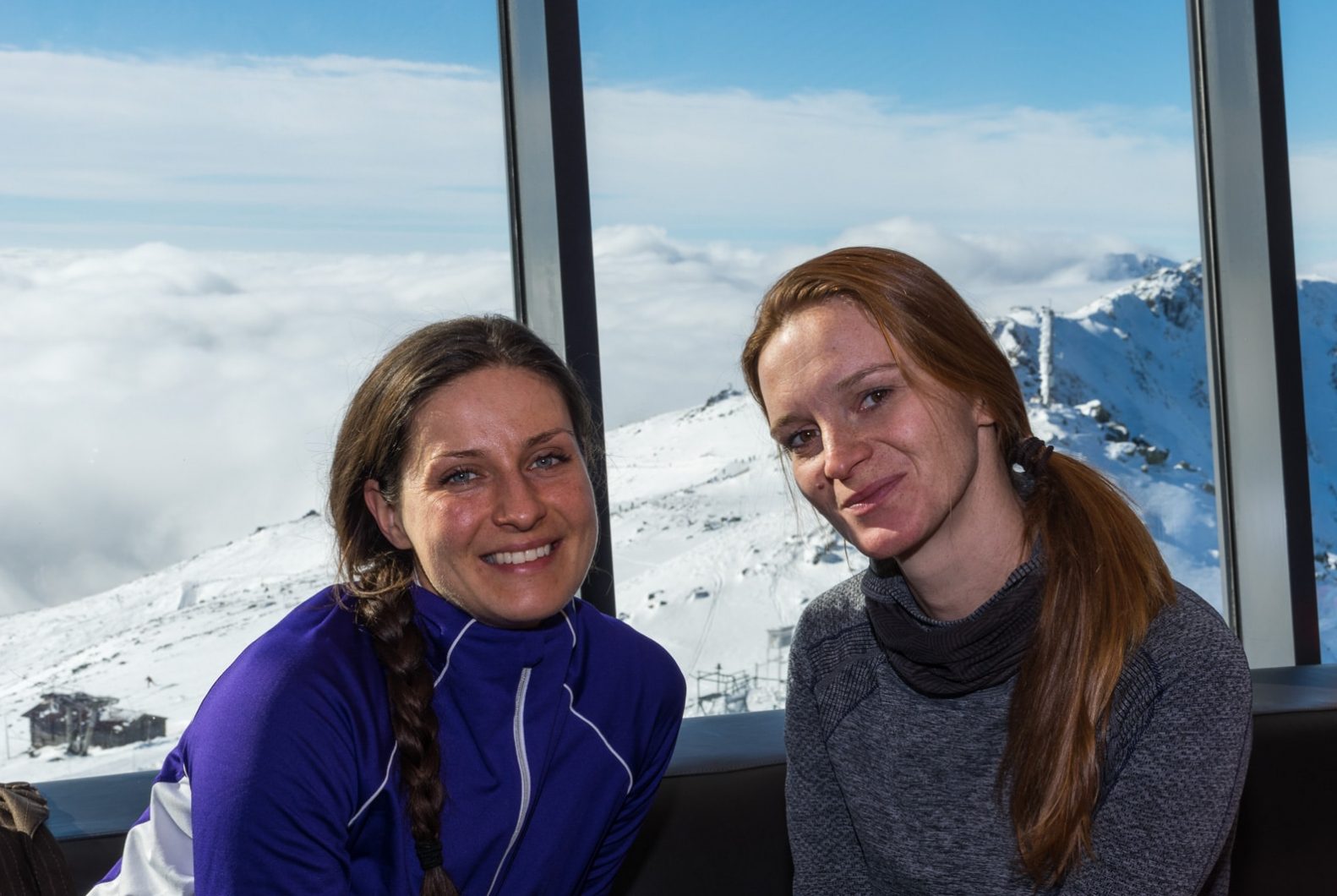 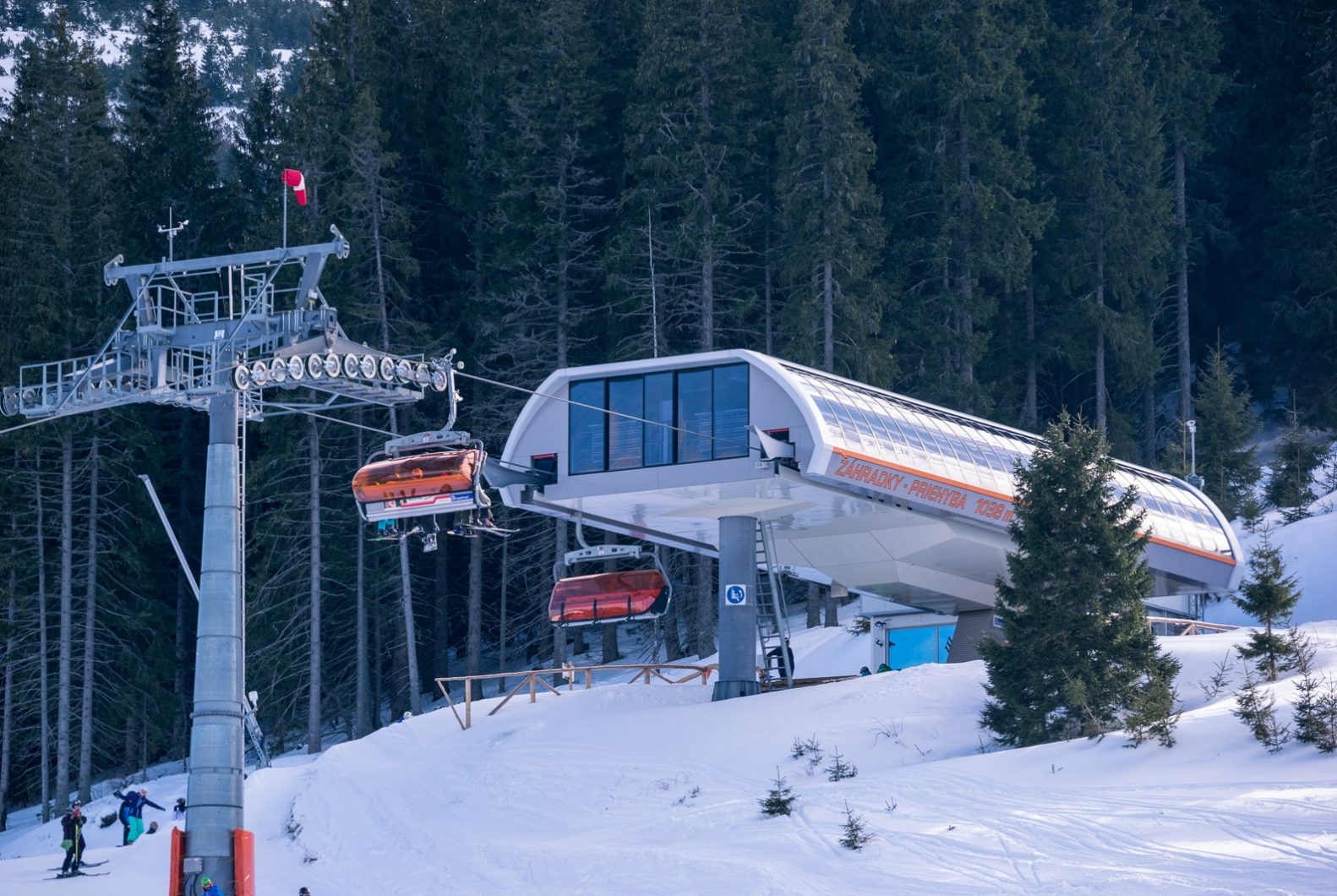 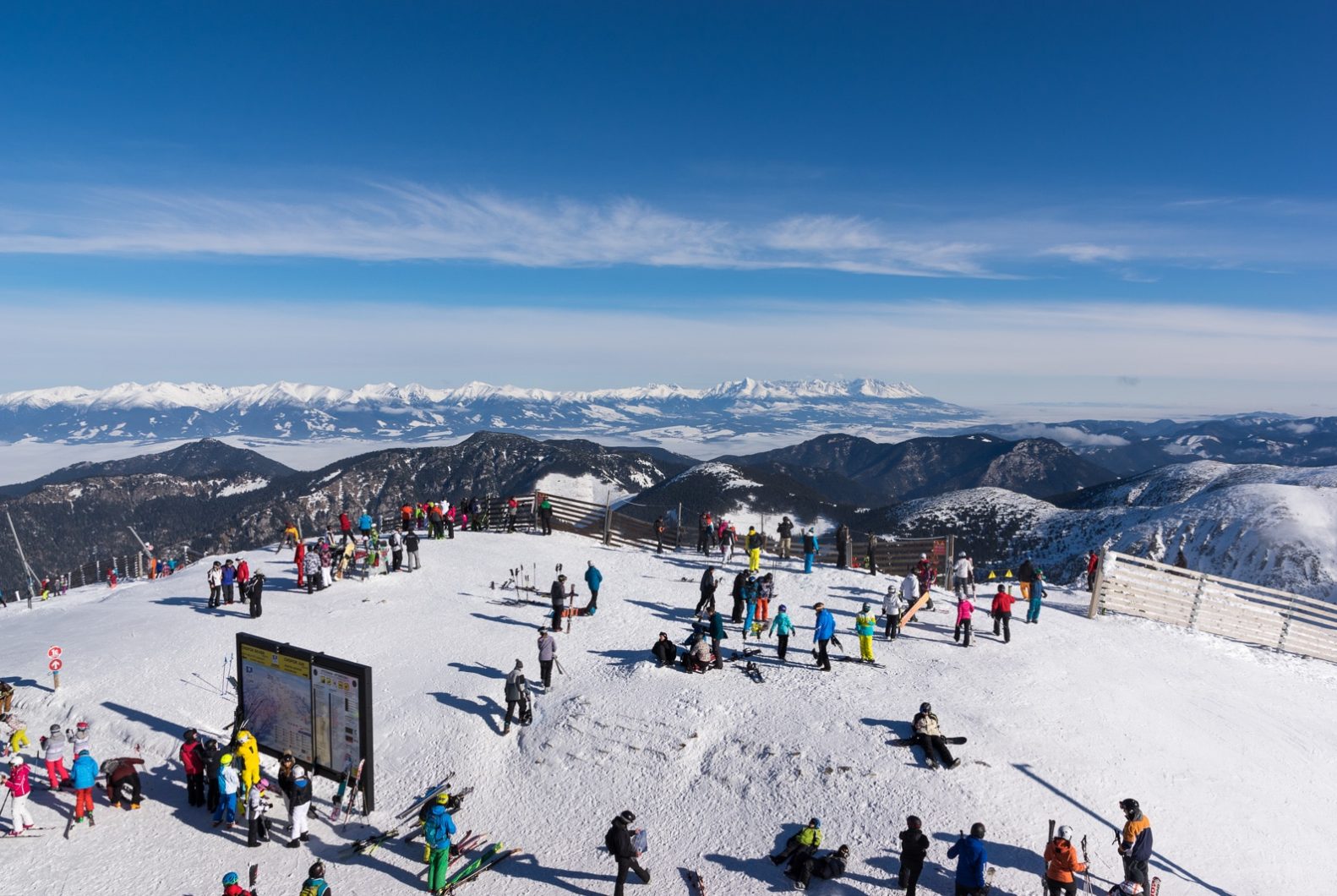 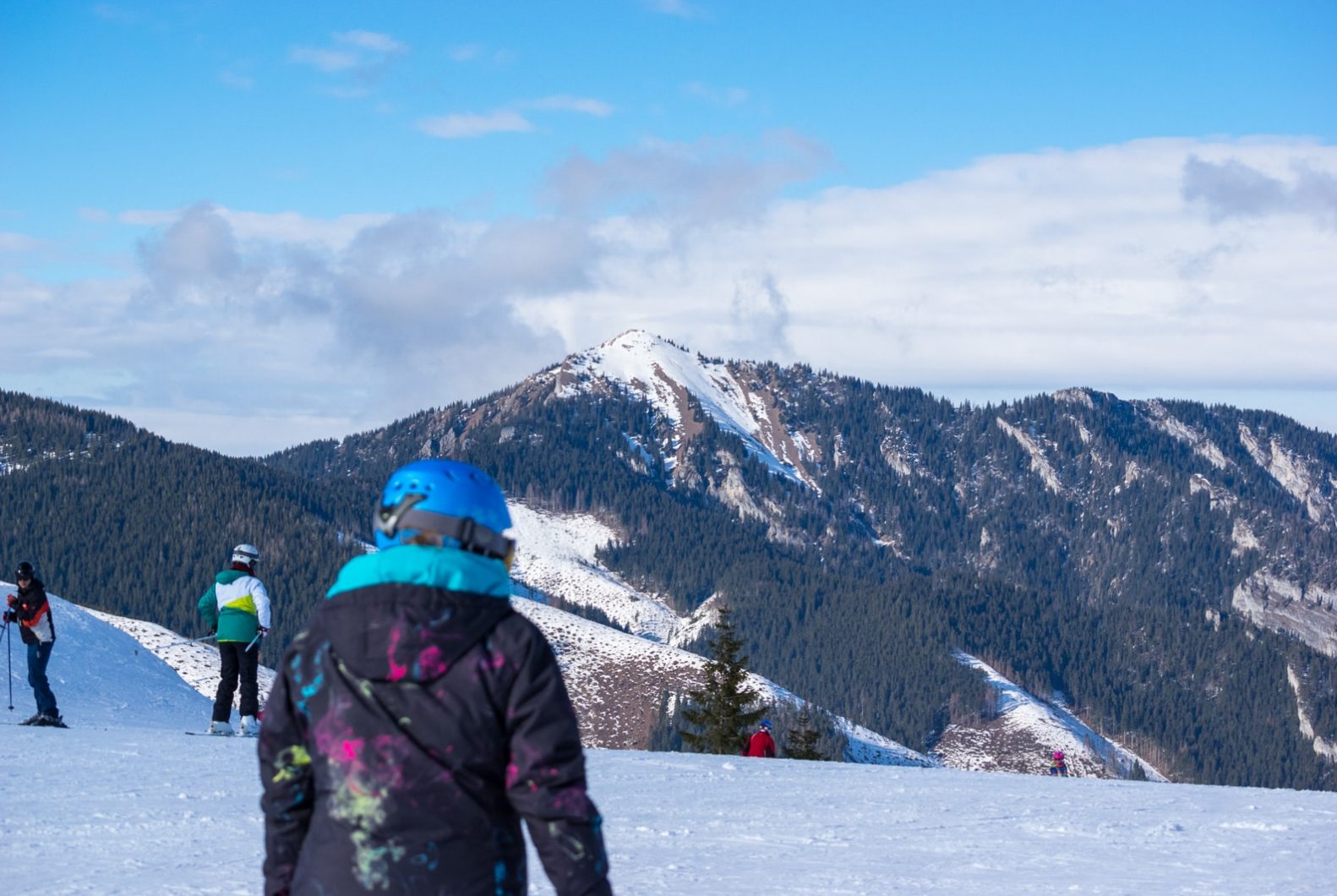 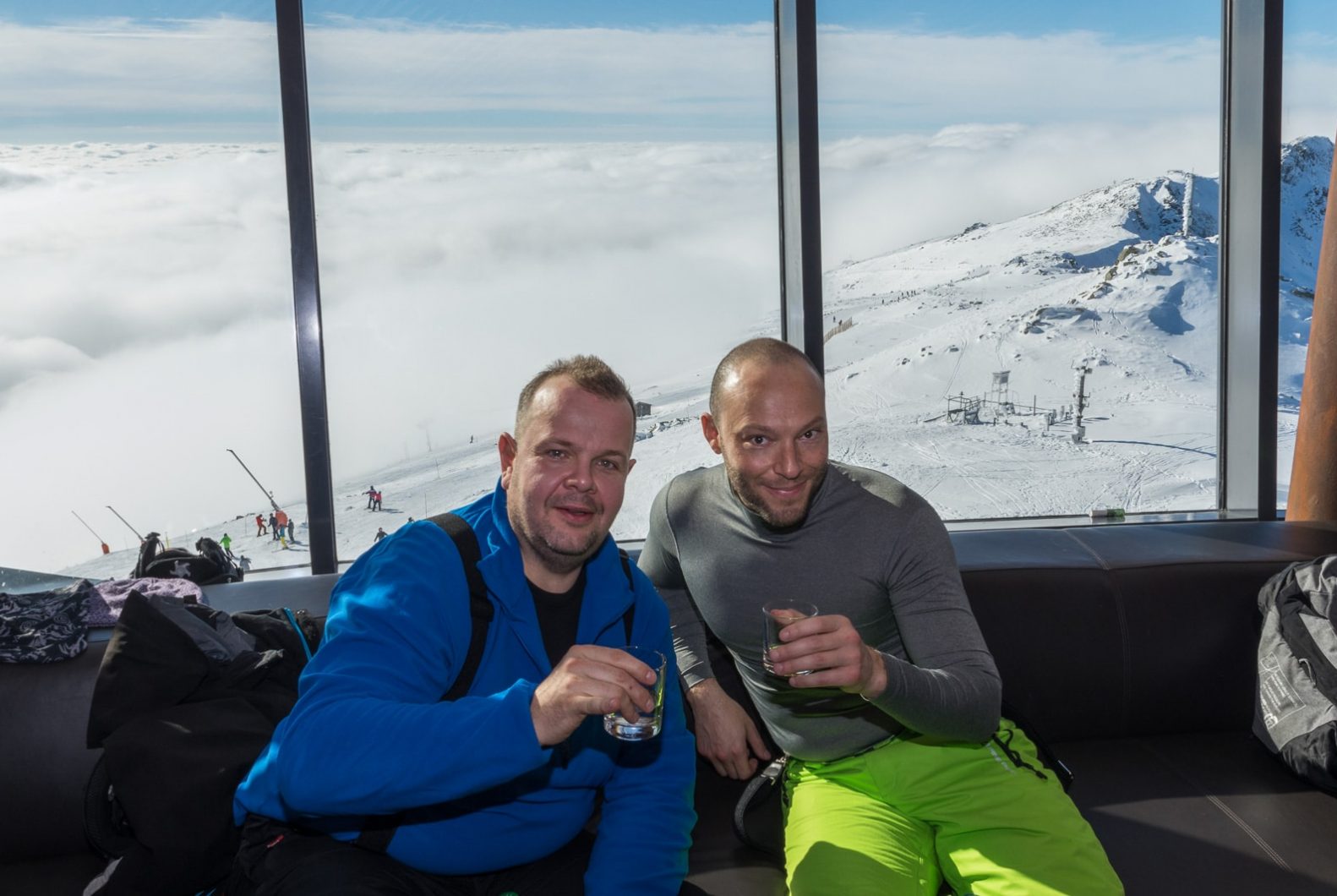 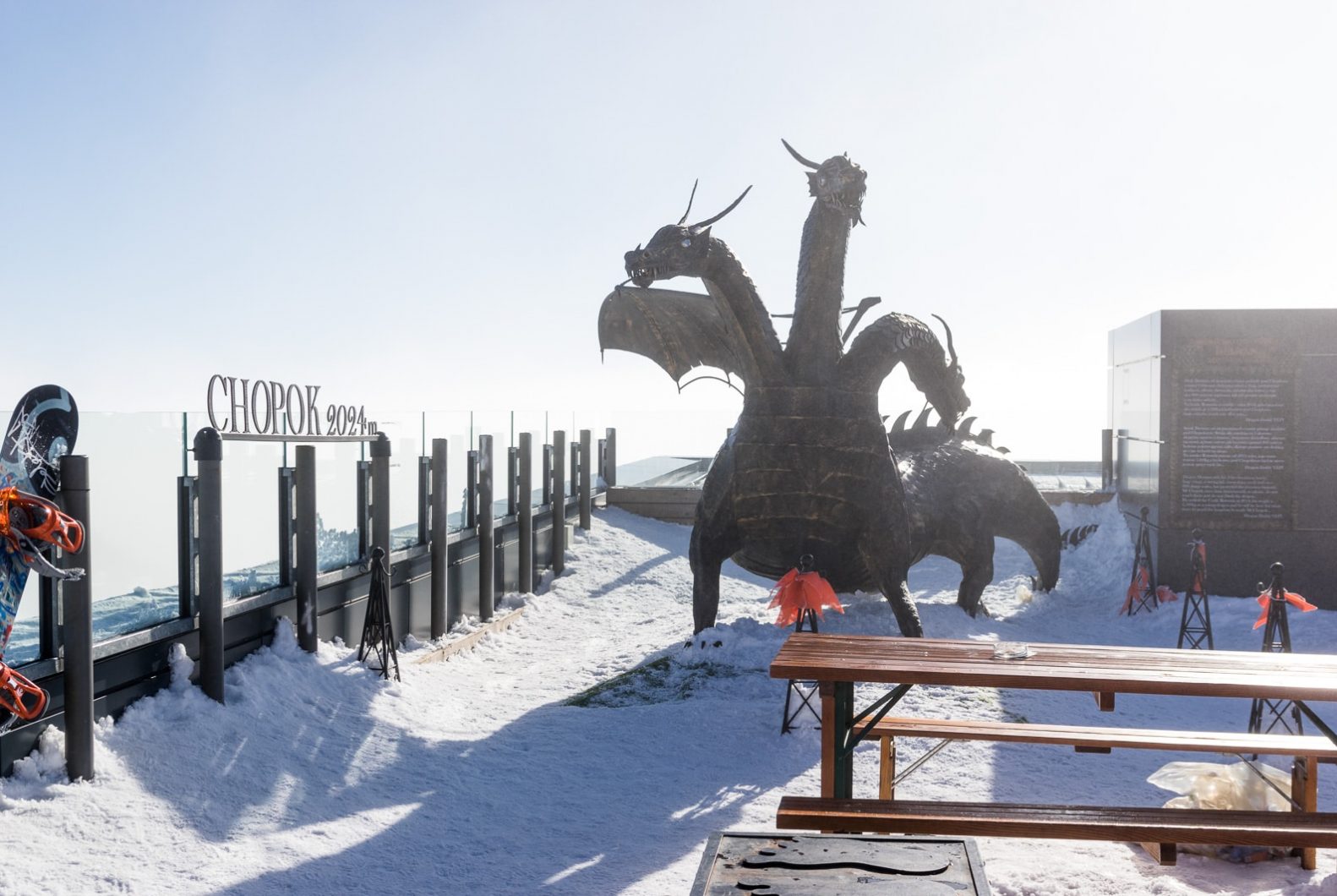