Shooting a city’s streets always poses a big dilemma in photography. Black & white or color? In the case of Madrid, the answer was clear from the beginning. Even though the city has some amazing Art Deco buildings that would shine in monochrome, still it yells color. And above all, so do its inhabitants.

I spent twelve days in Madrid during which I walked its charming streets from dawn till the early hours; admiring the beautiful Spanish sun as it hit the pastel colored buildings and the wide squares of the Spanish capital. I loved the Spanish way of life and the easiness of its people who fill with warmth and  life this magnificent city which would never be what it is, without them—Los Madrileños. 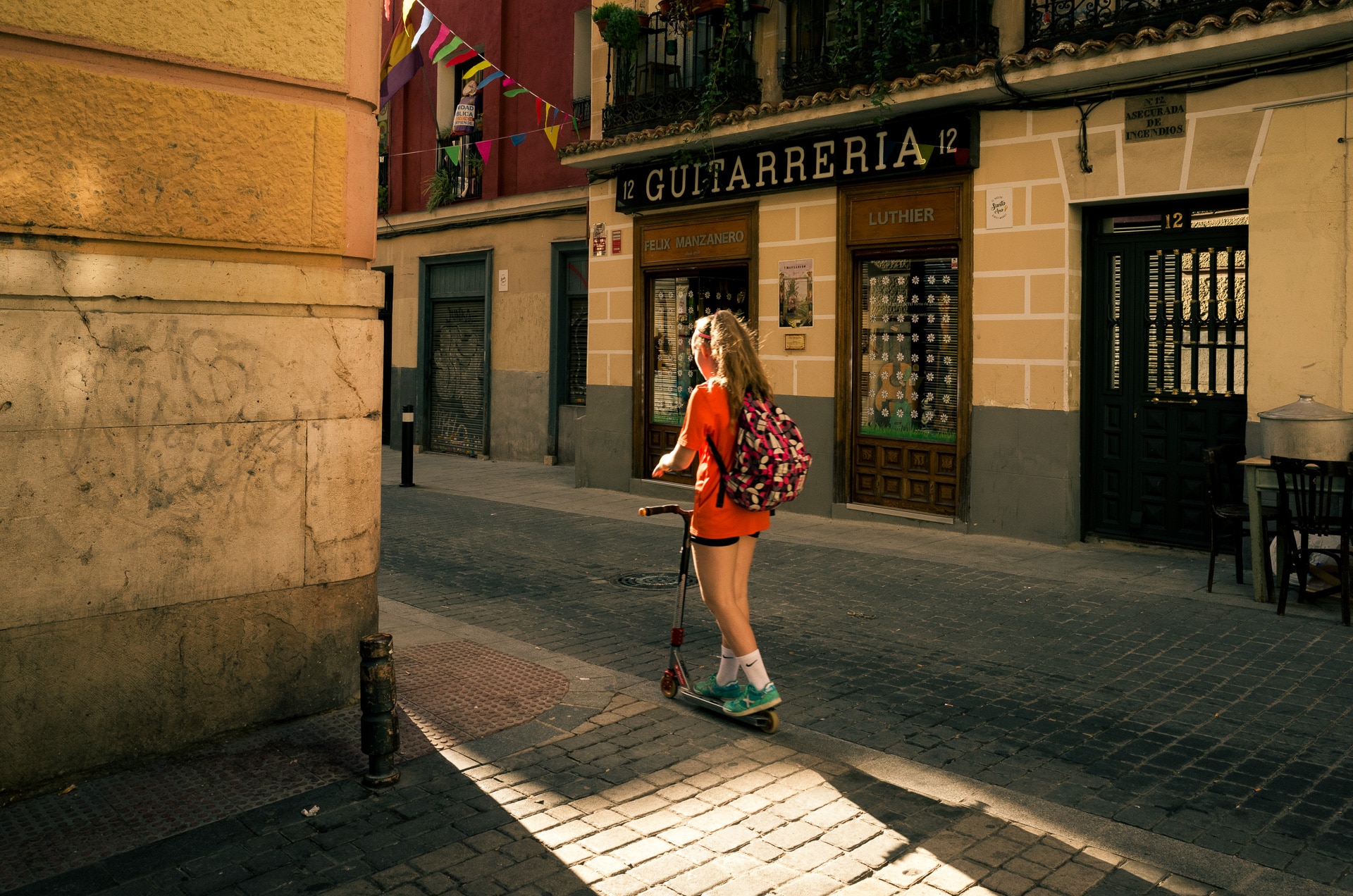 The heart and soul of Madrid lies in small cobbled alleys during empty afternoons, when the Spanish sun peeks around the city’s corners. I loved El Rastro—Madrid’s biggest flea market. But most of all, I loved the small streets around. 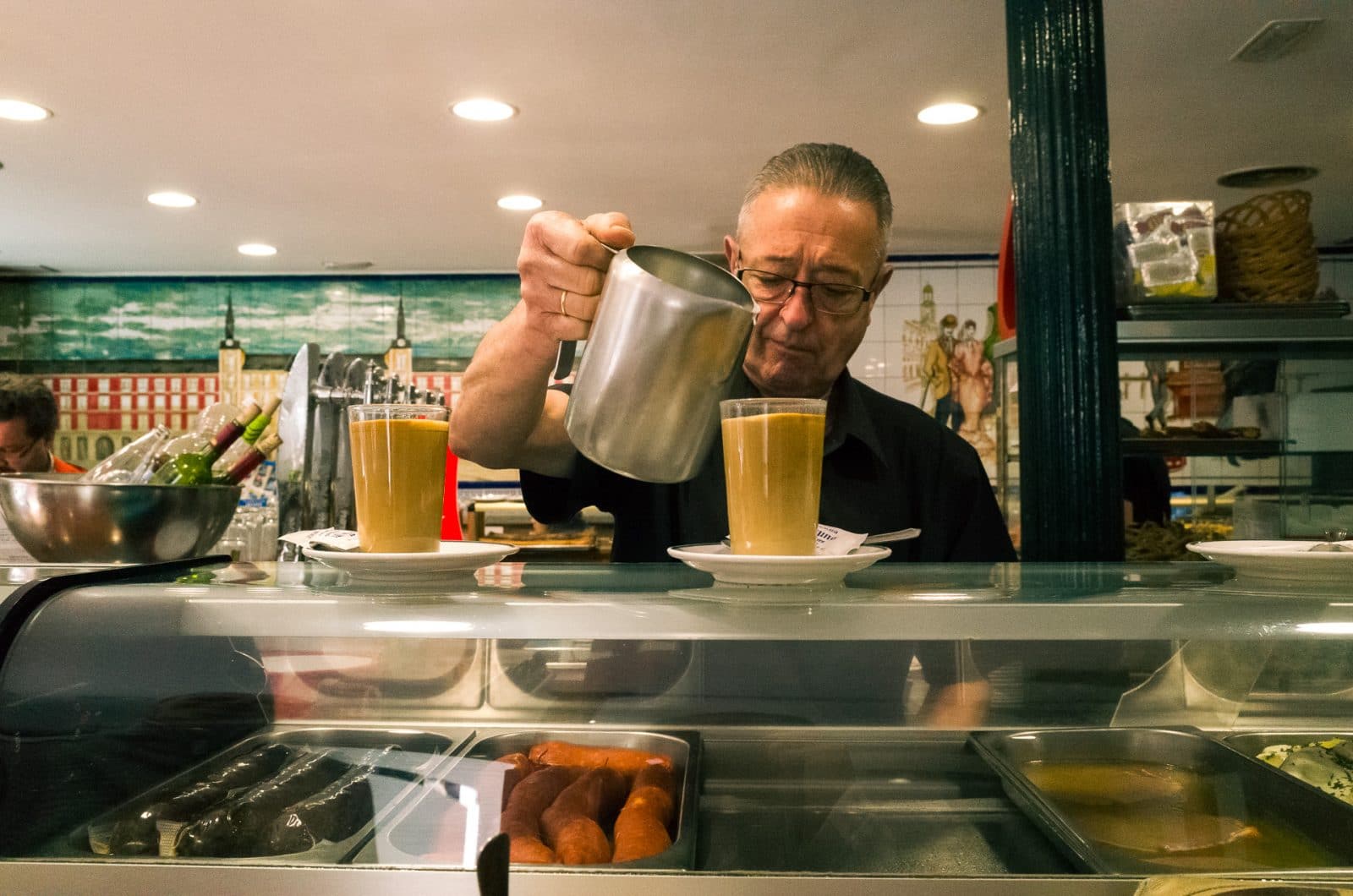 This character was always like a daemon behind the bar. Rough around the edges, he worked fast and his talk was straight and to the point. Some would perceive him as rude, I kept going every day… 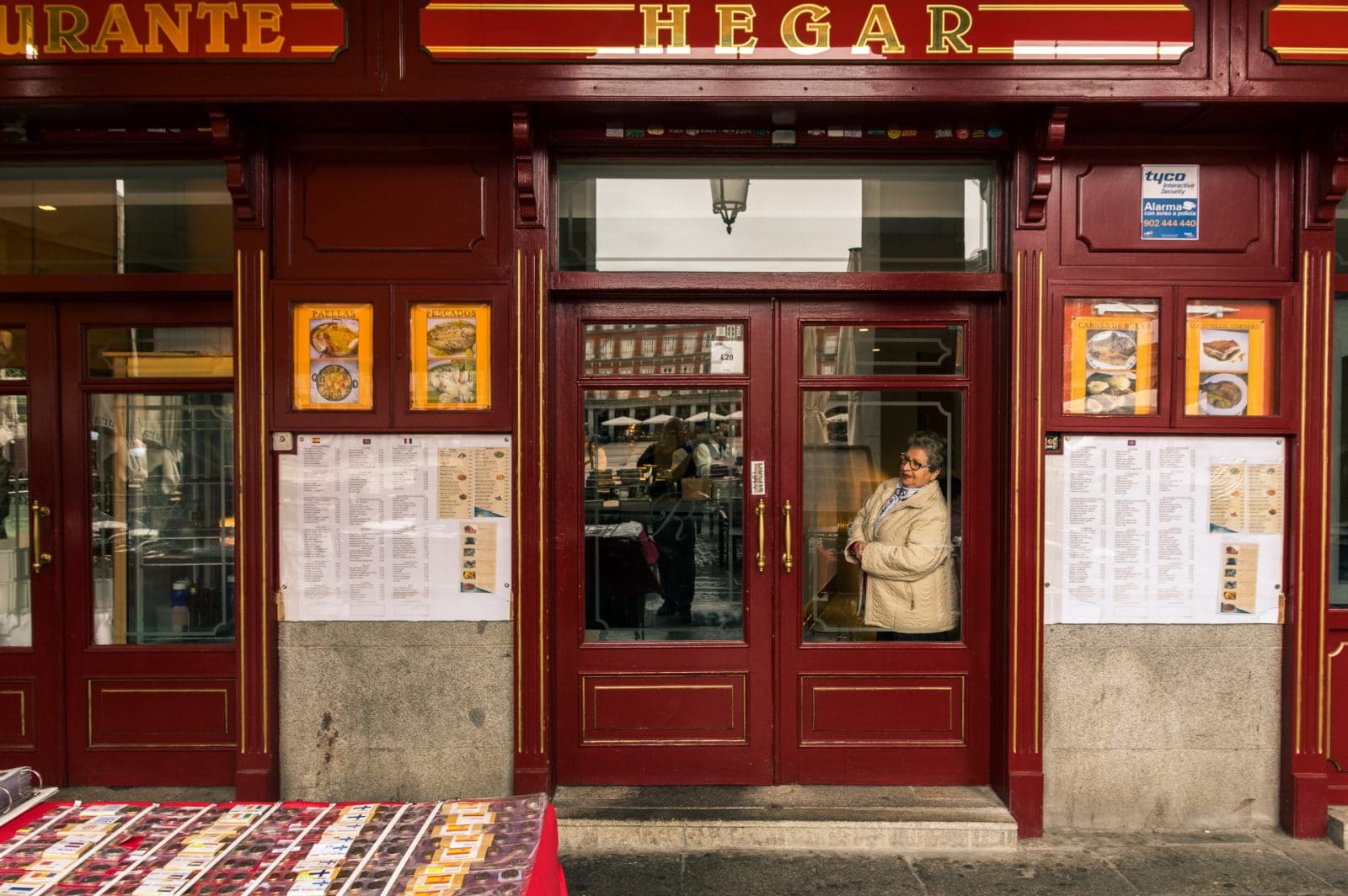 An old lady checking the traffic of Plaza Mayor through one of the many centuries old shops that exist around the grand square. 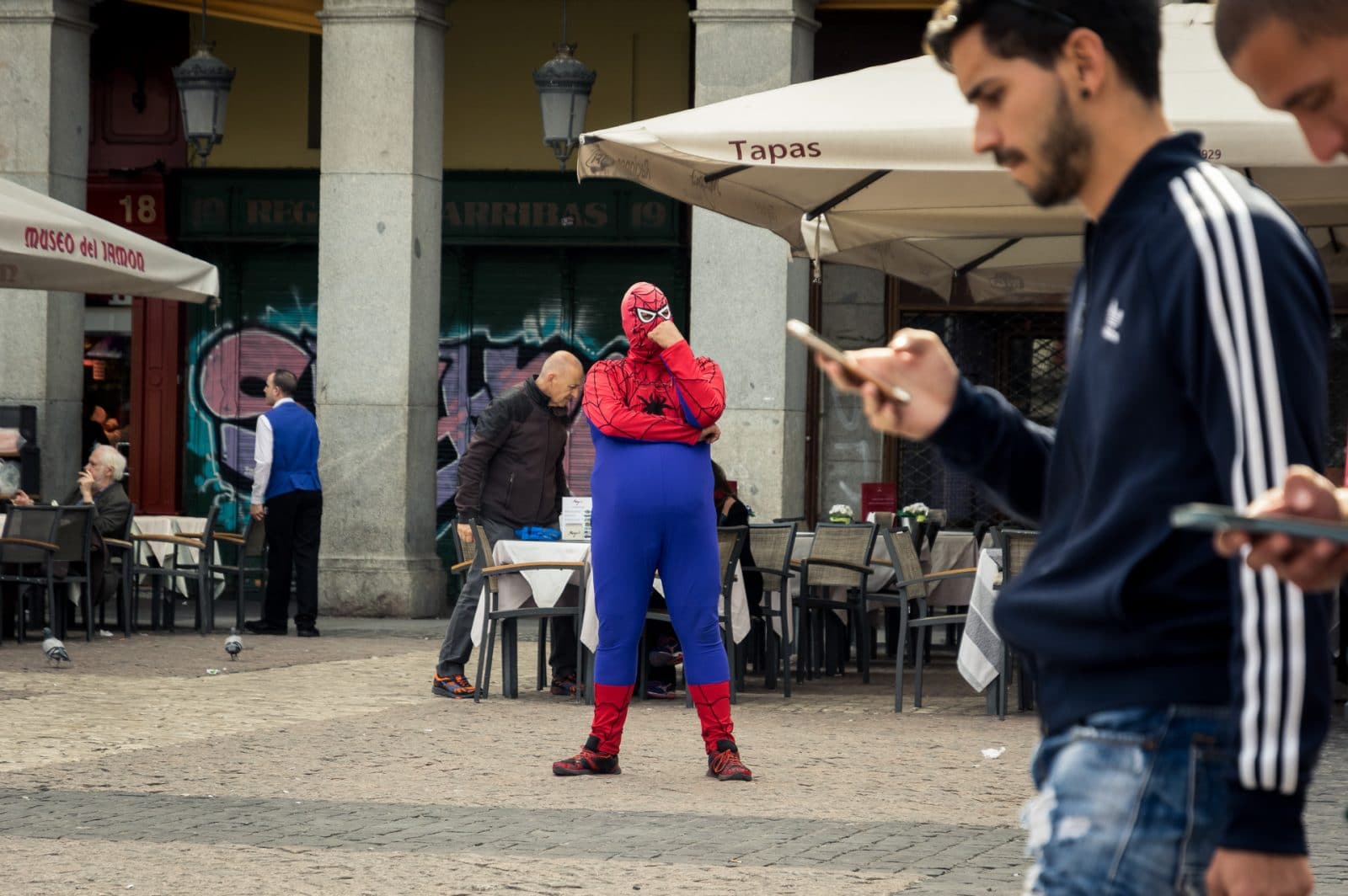 Many cities in the world have great architecture and awe inspiring museums but none has Fat Spiderman. He makes random guest appearances in Plaza Mayor—his natural habitat, where he puts to shame every street artist in existence. Here, the legend seems to be a little concerned by the youth’s unsocial behavior. 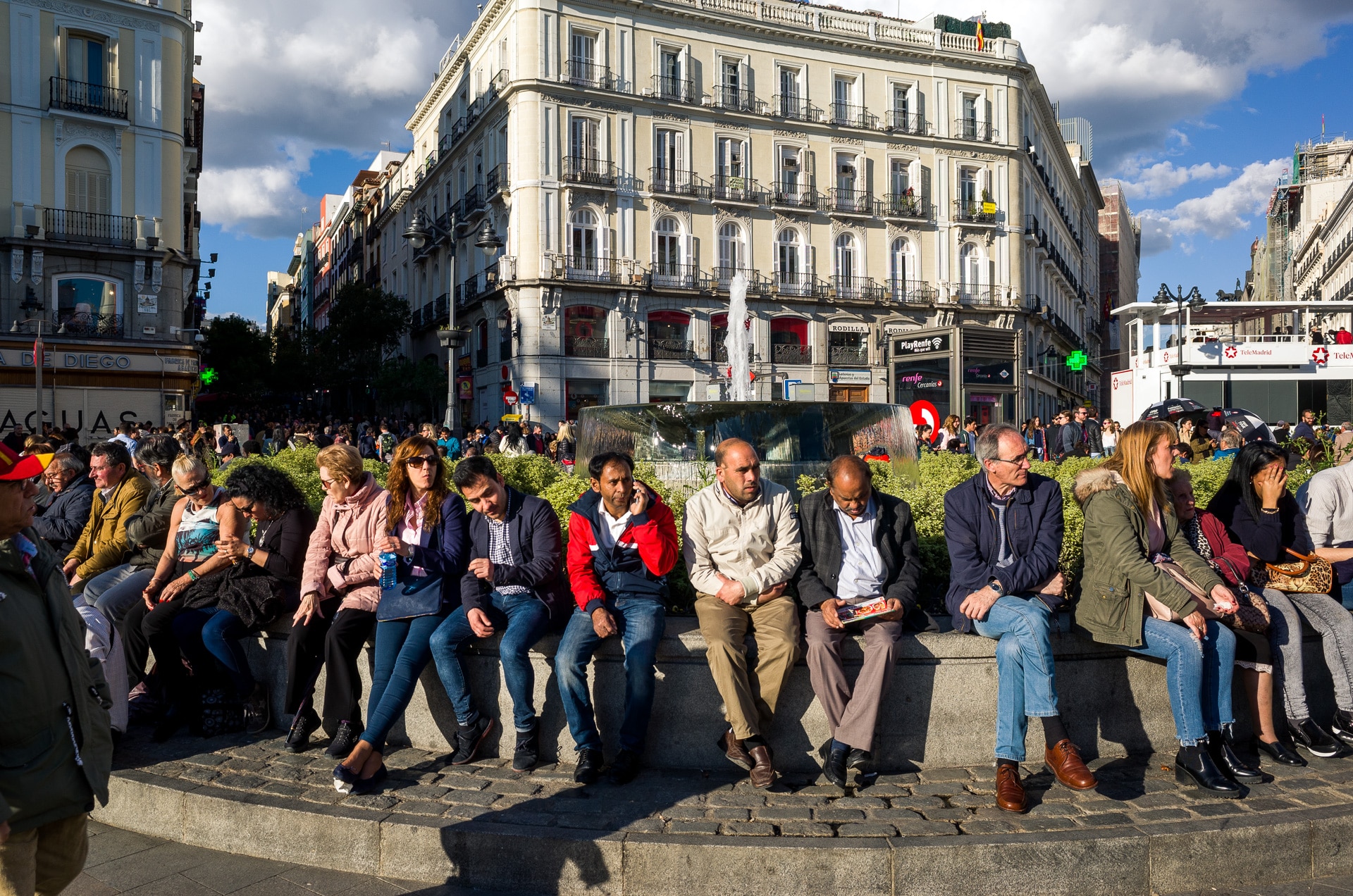 Puerta del Sol is The meeting point for Madrilenos. This small square is overcrowded almost around the clock. 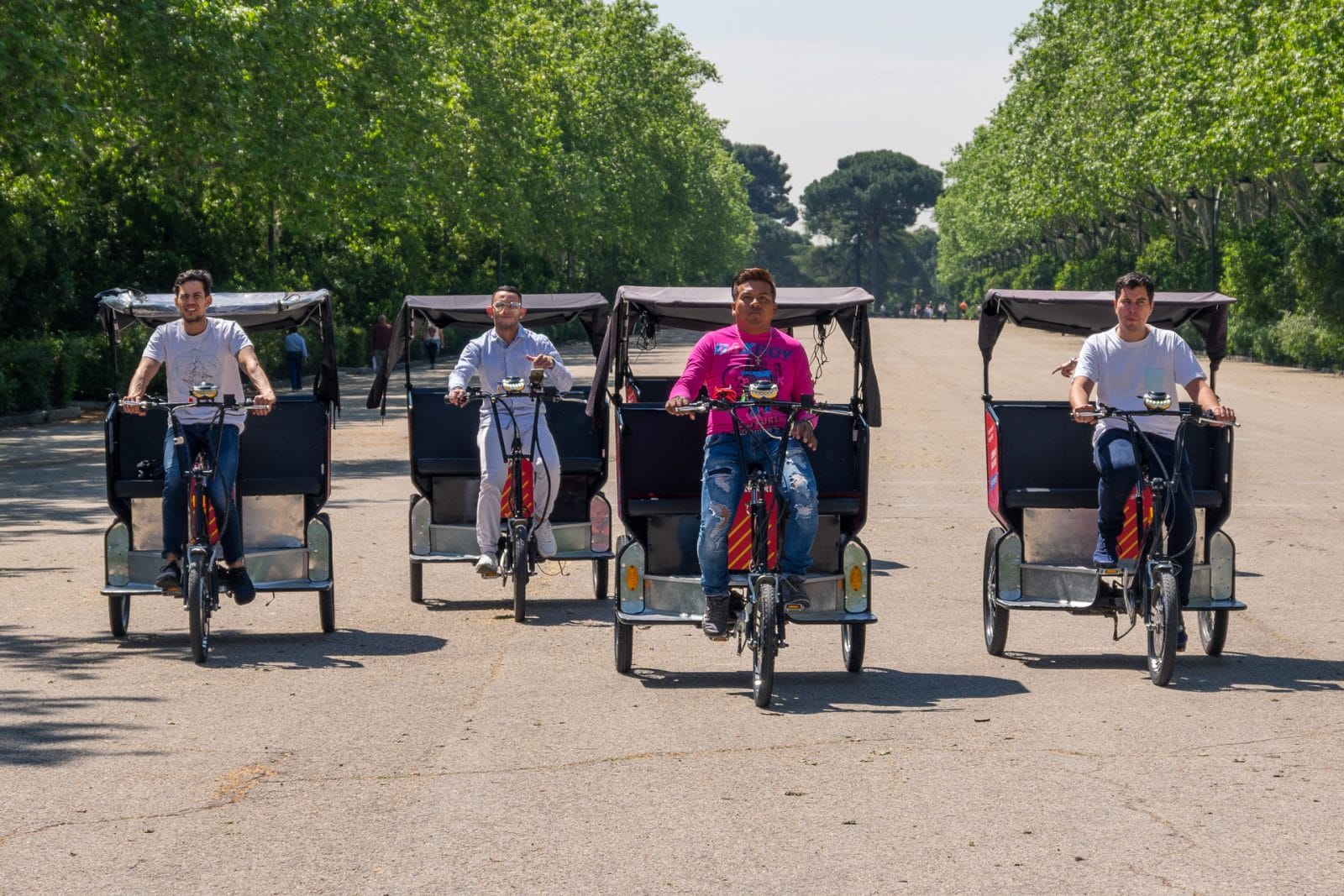 The gang of El Retiro. These tricyclists give tours around Madrid’s second biggest park for a living. 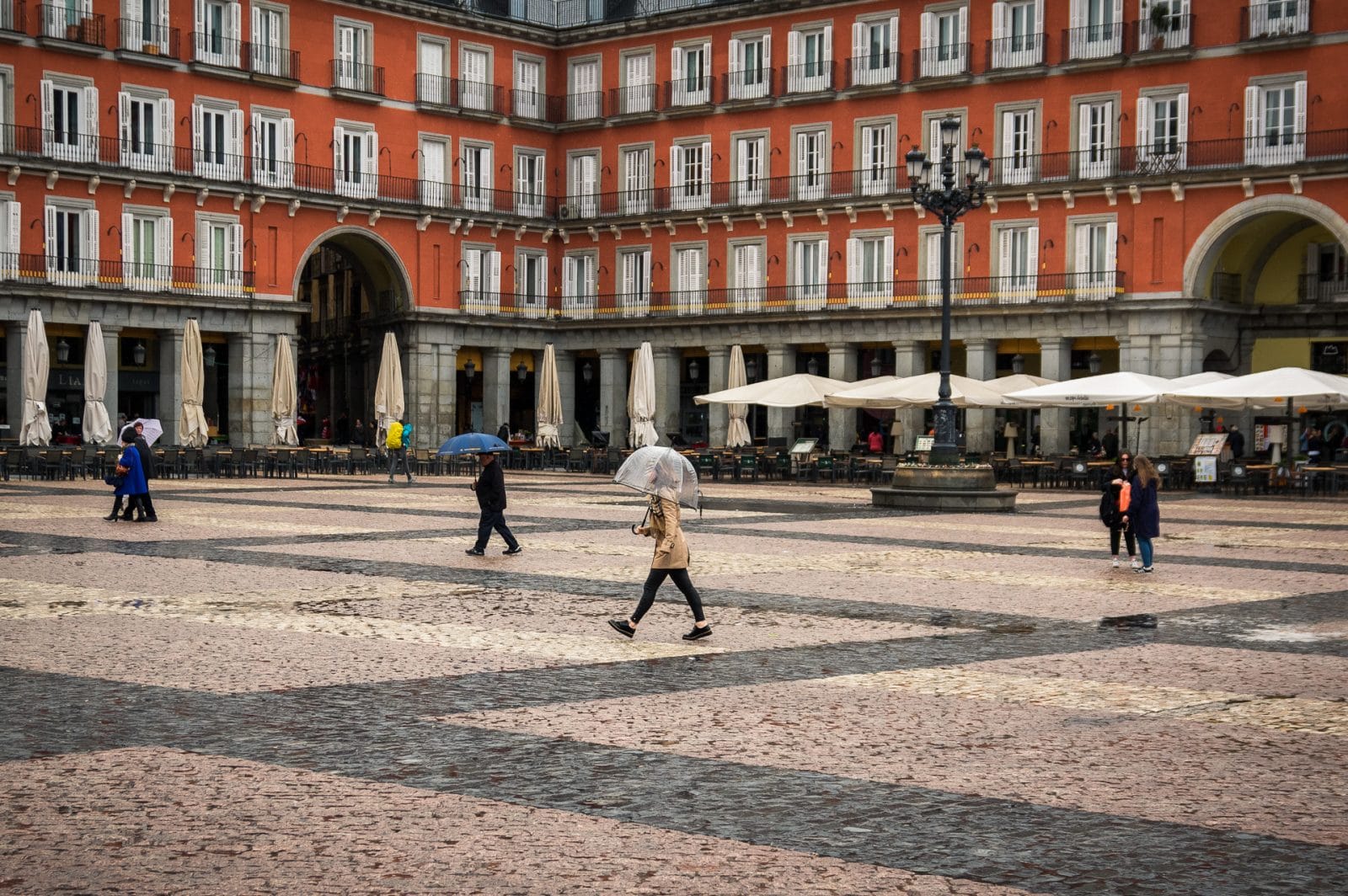 Plaza Mayor on a rainy day. One of the few occasions when the buzzing square actually gets empty of tourists. 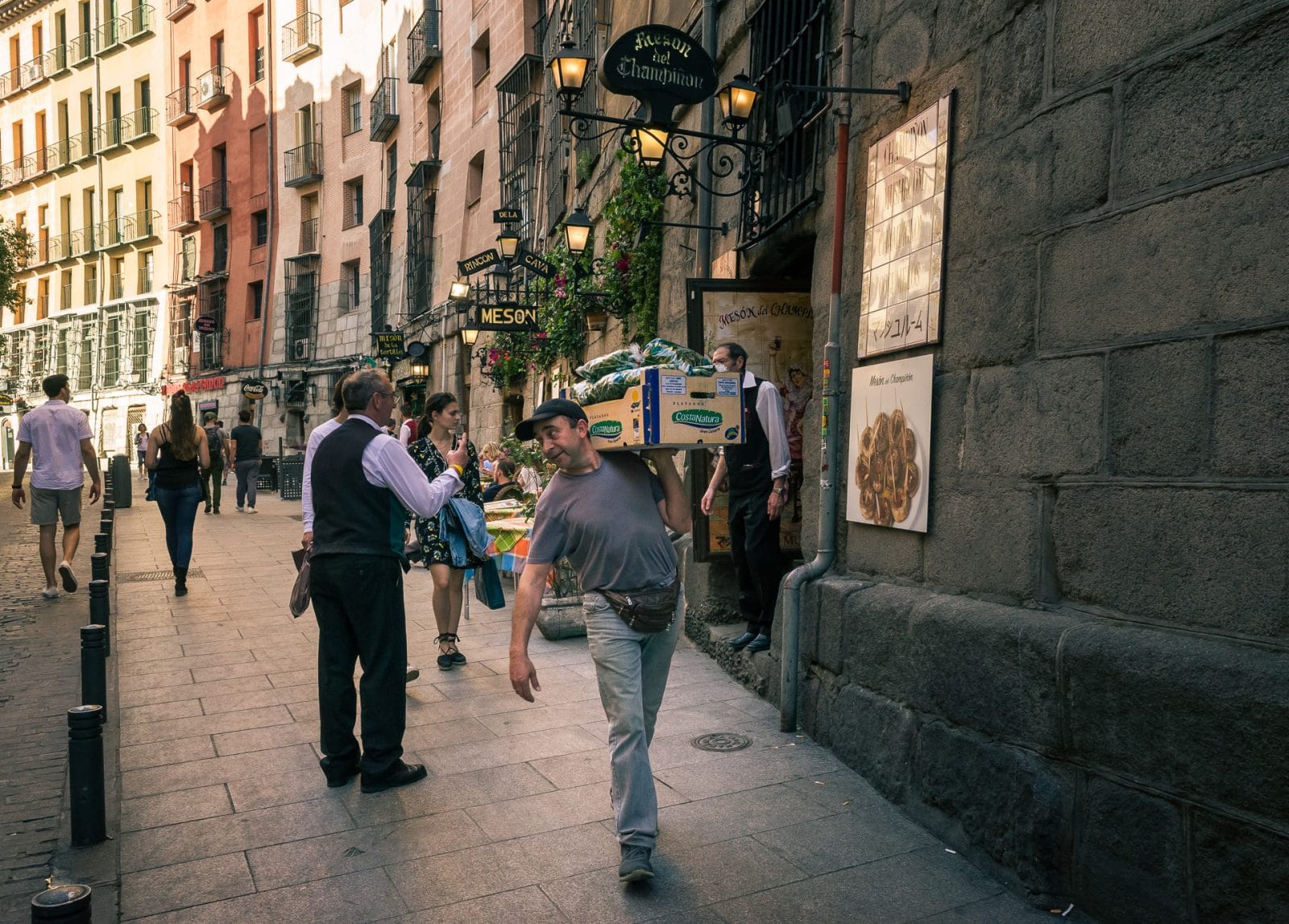 Madrileños are easy and jolly most of the time. Their attitude contributes a lot to the city’s cozziness. 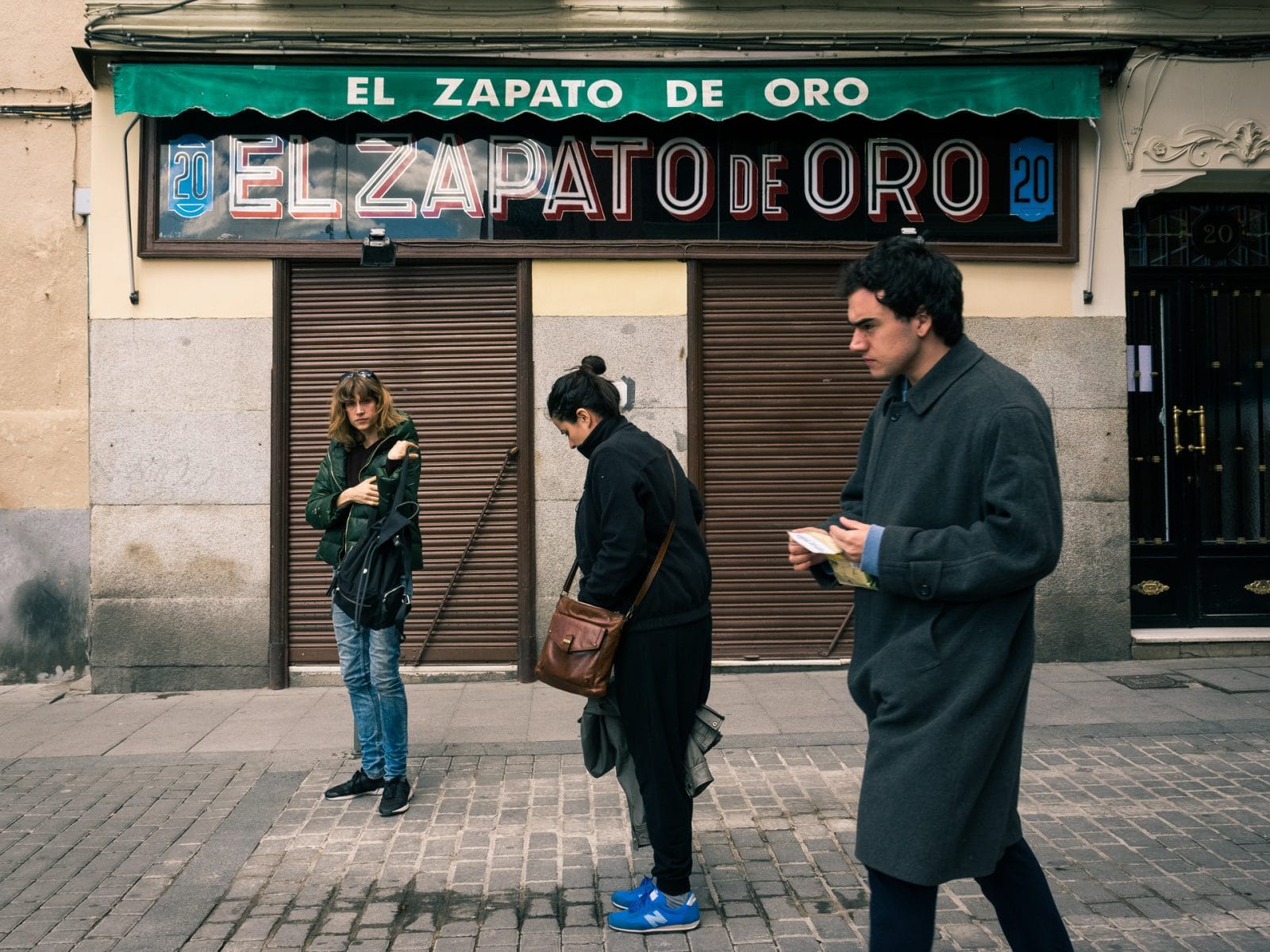 I kind of became an expert on getting lost in the city’s street and after a while, it became my favorite occupation. I loved the way that Madrid’s buzz went from loud to total silence every time I turned to a side road. 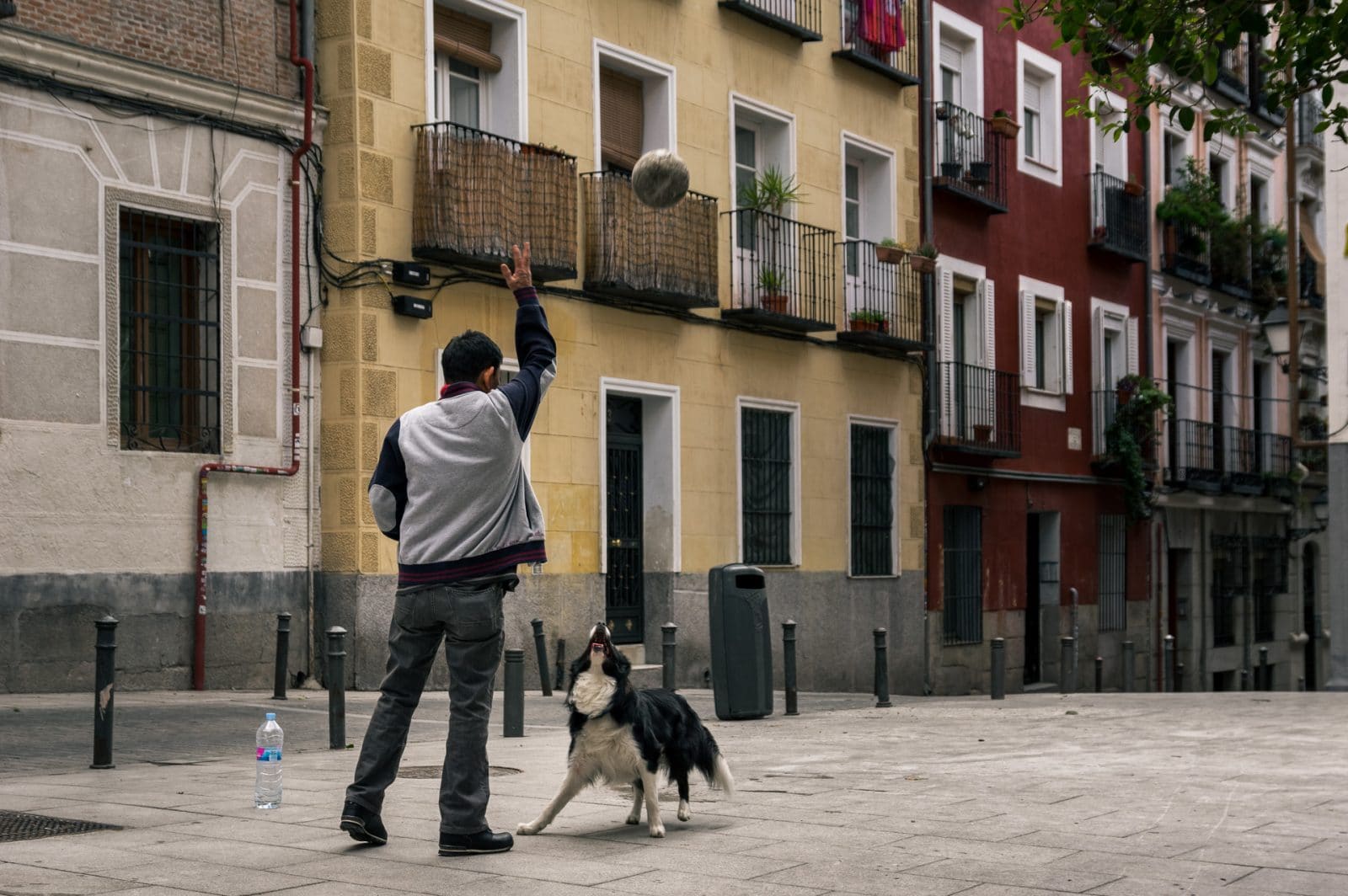 I found these two playing on Plaza de Xose Tarrio. They were so absorbed in their ball game that never seemed to notice me or any other passer-by. 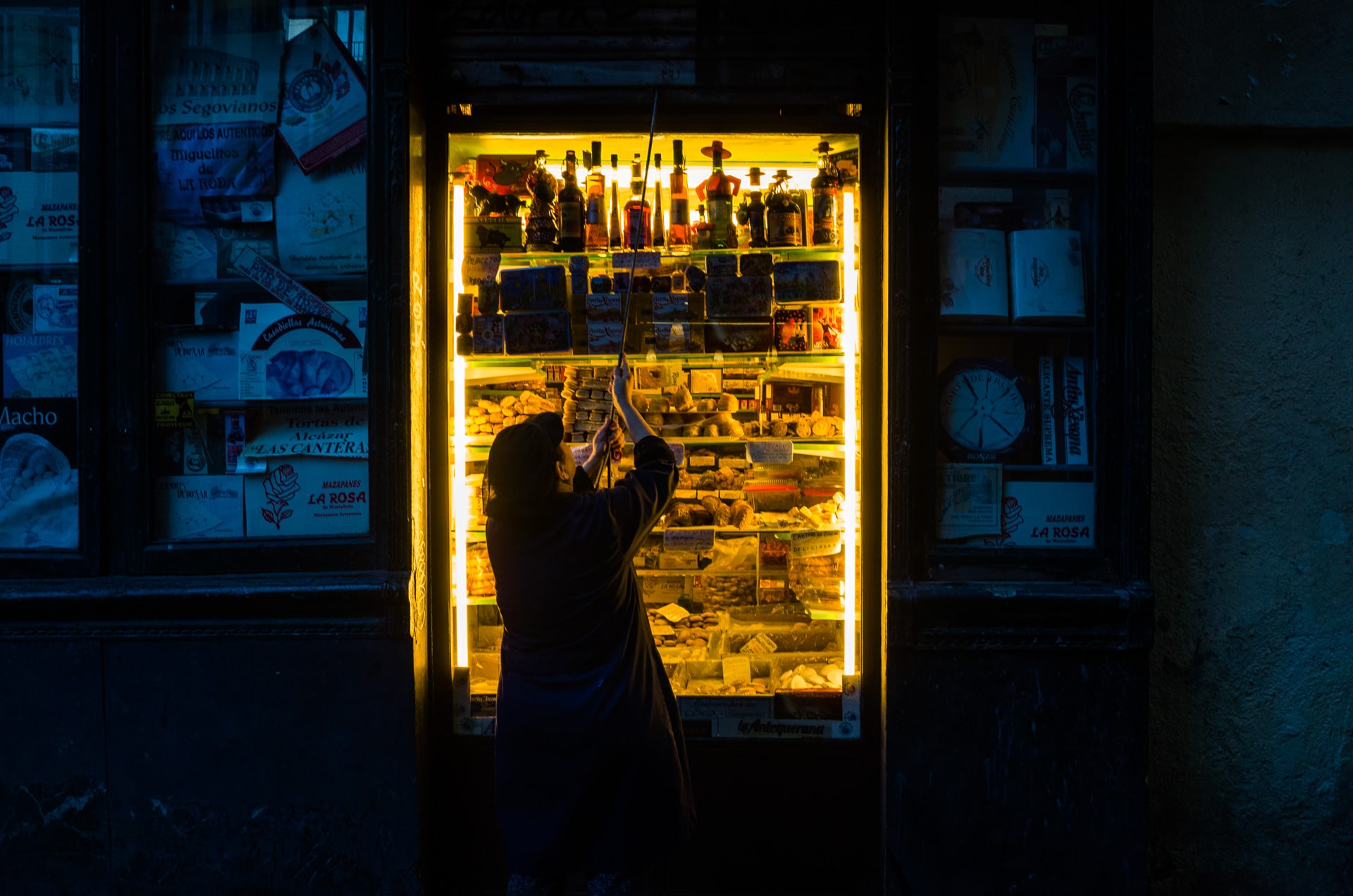 She “caught” me raising the camera and got out of the way thinking I wanted to shoot the shop window. I smiled and took a shot. Then, she went back to her business. 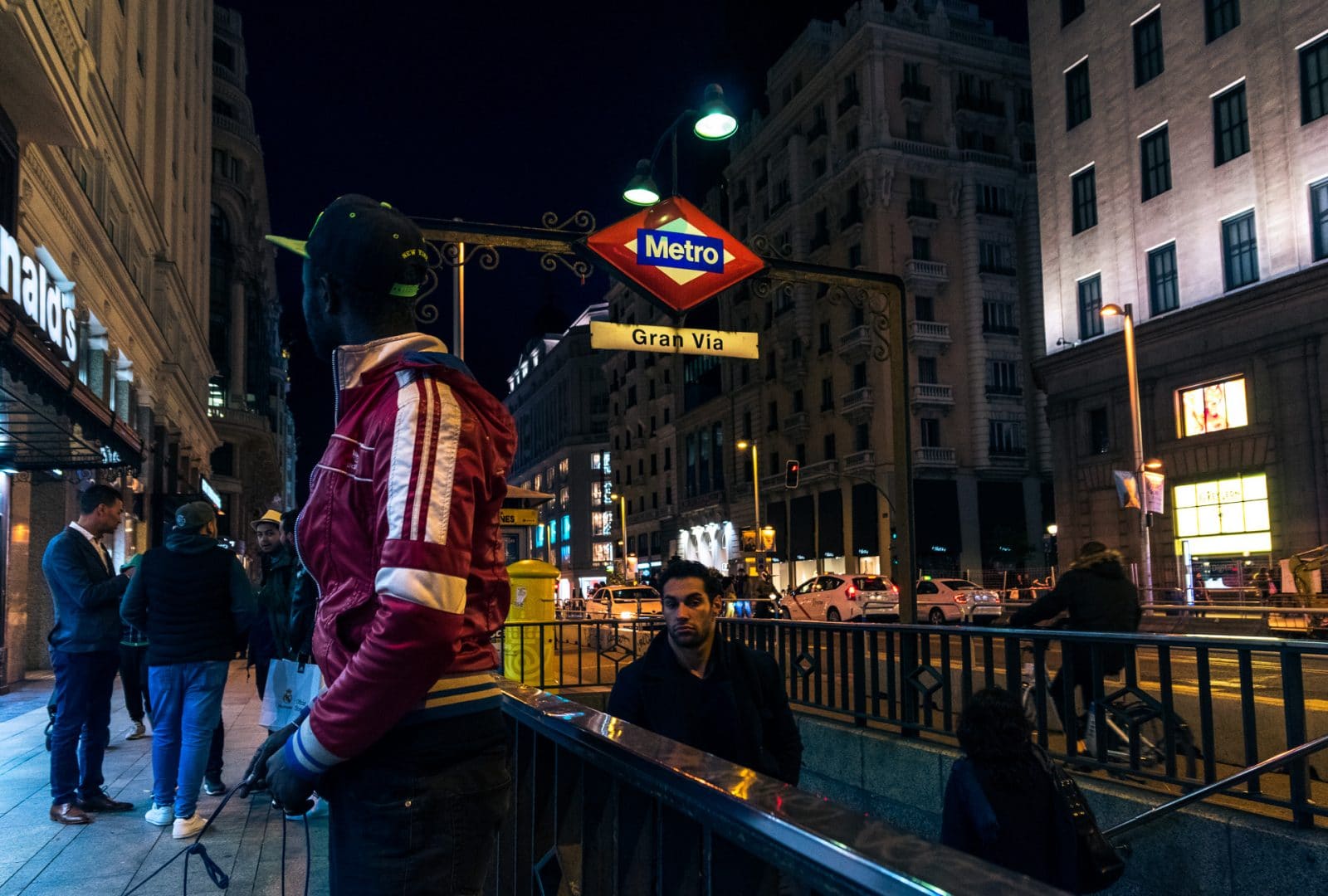 The night market of Grand Via. The merchants, whose vast majority is of African decent always set a pretty effective network of spotters. The merchandise—mostly haute couture bag counterfeits, are always on a canvas whose four corners are tied to equal ropes. The seller can pick everything up and be gone literally in a split second. 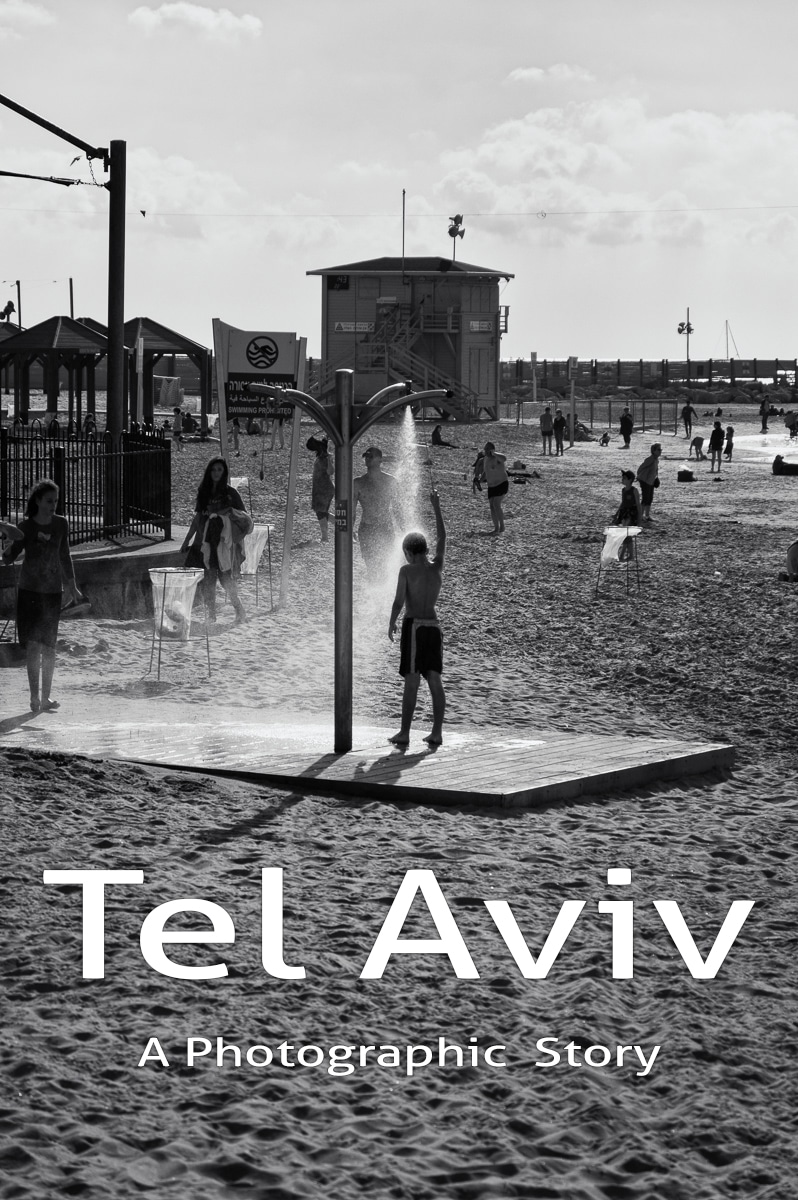 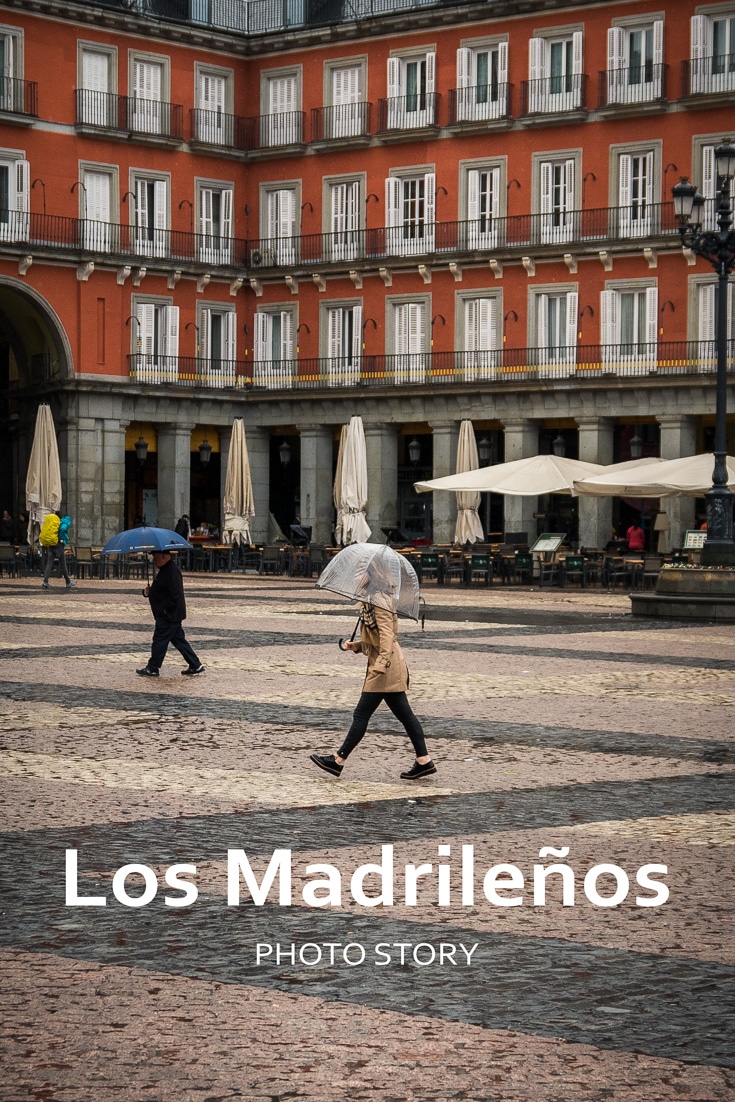